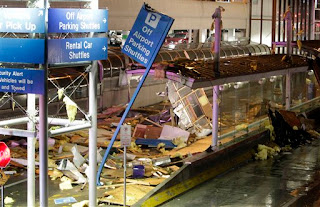 It was a night of tornados that cut a path of destruction from central Missouri to Illinois, leveling homes from New Melle to Maryland Heights, Bridgeton to Granite City, IL and damaging hotels, businesses and Lambert International Airport to the point of suspending operations. It was an F4, the same type and almost the same path as traveled though the area back in 1967 that took out our old subdivision. These weren't mobile homes. These were brick and mortar buildings or fairly new frame constructions. Homes with atrium windows and pools in the backyards. The worst hit subdivision was only 10 years old as the tornado, reportedly 1,000 - 1,200 ft wide, roared up the street.

The amazing thing is that there were no life threatening injuries which can be attributed to the the fact that we have basements in this area and the wall to wall television coverage of the storm path. People had time to prepare. I get irritated when I hear people complain that the weather reports interrupt their shows. How selfish can you be to think your show is more important than the safety of a community? 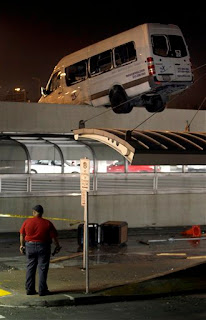 Many had been attending Good Friday services as the church came down around them, some dying Easter Eggs and jumping into the basement with only minutes to spare. Some knew their neighborhoods had been destroyed but were unable to reach their homes due to downed power lines and giant trees across roadways. 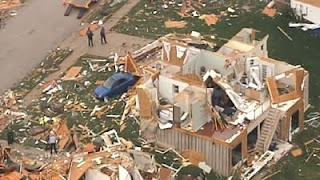 This isn't over for us, we're expecting more severe weather possibilities Monday and waves of thunderstorms between now and Wednesday. All this is leaving us with the possibility of 4 inches or better of rain added to everything we have already had. The flash flood warnings have already been given, important to us since we may be high and dry but surrounded by creeks and rivers.

The newscaster noted that we have had 757 tornados so far this year, compared to 193 during the same time last year. Add to this the fires in Texas, the earthquakes and the floods. One of my Facebook friends said " I didn't know it was Armageddon season . . ."

**************
ST. LOUIS • The National Weather Service reports that the storm that ripped through the region Friday was the worst its seen in more than 40 years.

The last time the area saw such severe and widespread damage was on Jan. 24., 1967, when a tornado traveled 21 miles across St. Louis County following an eerily similar path as Friday's twister.

"People are going to remember this for a long time," said Jim Sieveking, the lead forecaster at the National Weather Service in St. Louis. 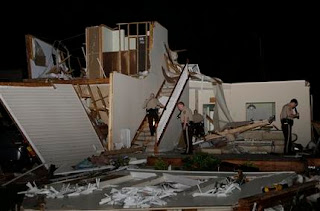 You're probably too young to remember Bob Golby (He won the Masters once in the mid 60s and held the birdy record for years and years), but he told me that on the Tuesday before (which was almost as bad and, there were some tornadoes a little further up-state) that coming into Lambert, his plane very nearly flipped over in all that wind. He truly thought he was going to die. They usually crash when that happens. It's almost impossible to get a 747 upright again once it flips.

I still want to fly again though! I just need a rich lady to be my patron while I write the great American novel.

I'll keep my eyes open for that rich lady and send her your way! Mid 60s- I was born in 1959 so probably more interested in cartoons.