The Start of Something Tasty 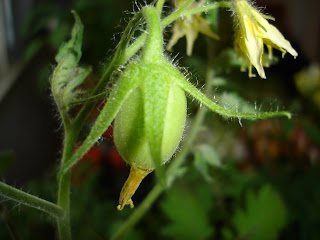 It is the start of something tasty: all the tilling, erecting supports, running a water line, seeding and transplating the vegetables that were started indoors. I've been looking forward to this all spring, and I was sick. I have no idea what happened but things just got worse and worse on Friday until I gave up and went to bed at 9:30 that night. By Saturday morning I couldn't keep anything down and was running a fever so the work proceeded without me. I had hopes of capturing every step for a gardening diary but that just wasn't going to be. 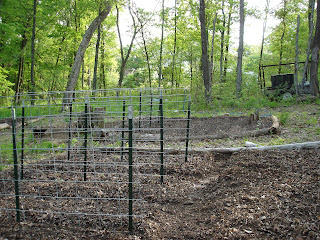 By Saturday night I had recovered enough to drag myself up to the garden and sit on the four wheeler, taking some pictures as the two families joined forces to create what will sustain us throughout the summer, fall and canned for winter. Rick, our neighbor, had his tiller going full force mixing the horse manure from last year which had been amended with straw and leaves for a nice winter compost. It has become dark, rich soil easily worked and full of nutrients. 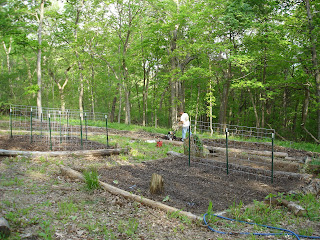 Both families have small gardens in our own yards that will serve as our backup for the things that we particularly like,perhaps to try some special varieties or growing items not suitable for the communal garden. We will be planting some extra peppers, tomatoes and some vining plants such as watermelon, pumpkin or zucchini. That is if our rain ever lets up after the brief reprieve yesterday. 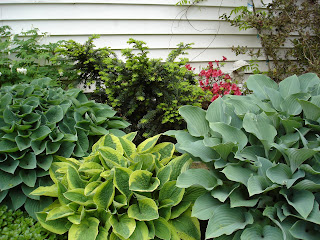 I also have a flower garden filled with Grow Native varieties suited for Missouri such as bee balm, butterfly weed, columbine and primrose. My one shaded area is covered with hostas which will be entwined with coleus of many colors. By fall it is thick and colorful, plus a munching ground for Mr. Slugly, our giant slugs that tend to eat my plants, but that Taylor loves. These are not your common garden variety slugs, more like small snakes that leave a lovely sticky slime everywhere they crawl. I would say they are at least 3 inches long and thick as your little finger. 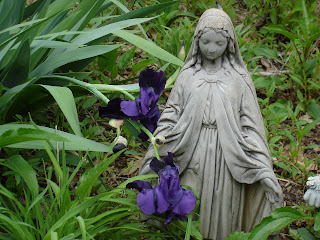 I have pots on my desk for easy access to kitchen herbs but I also have some bags of potting soil stacked in back of the house along the gravel patch of our unfinished retaining wall. If I punch a few holes in the bottom of the bags and then make holes in the top to pop a transplant in, then cover it all with mulch or straw, the plants will do just fine. At the end of the season you break open the bag and mix it all up. Place the bags for the next year on top and do the same thing. In between plantings add leaves and straw plus scraps of vegetation or coffee grounds and eventually you'll have a really great planting bed.

It is our 29th wedding anniversary today so we had lunch after dropping off Taylor and then picked up some flowers at the nursery for the entry way containers. We decided ice cream would be a special anniversary treat so it was a blizzard for him and my all time favorite vanilla swirl cone dripped in chocolate. Now, we're too stuffed for dinner! Oh well, it was supposed to be BBQ pork steaks and potatoes but it's raining anyway. Maybe tomorrow.

Hope your gardens are coming along just fine too.
Posted by Kathy Felsted Usher at 6:56 PM

Now you are a real gardner! That is one heck of a good looking garden. Is that a zuchini in the first picture? You already have one growing at the beginning of may?

My mother showed me her seedlings this morning and they're only about an inch high. But they're growing.

Oops, I forgot to wish you a happy aniversary. Best wishes to you and your husband.

Oh if you get the chance and want to watch a really heart-warming pro-life video, I posted it in my blog titled, "For Every little Miracle."

Happy Anniversary! Glad you're feeling better. What kinds of vegetables did you plant? This coming week is the first week of our CSA shares. Hopefully, I'll be compelled to eat better with all of the green goodies we'll be getting.

What does your CSA have at this time of the year up there? We have one around here that does vegetables and also meats. We didn't join but you can arrange for them to call when they have more than they contracted for. We got some great tomatoes from them one year.

Thank you all for the anniversary wishes.

Happy Anniversary. That is a beautiful garden!