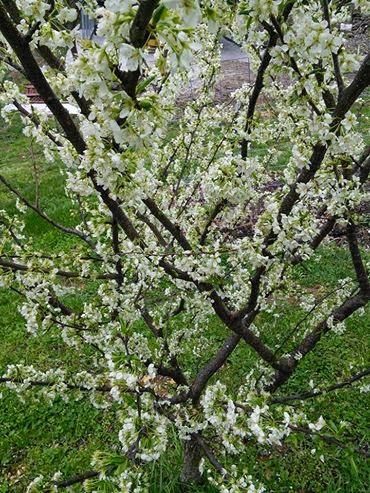 Just about the time that the snow and frost left, the rains began.
It suddenly warmed up into the 70's for a short stretch resulting
in beautiful blooms on the fruit trees!  The Dutchman's Breeches
are bordering on amazing with their tiny pantaloons blowing in the breeze.

We were very lucky to have the blooms survive the strong storms
that brought lightning and hail across the area on earlier in the week.
Last year we had a late frost that took all the blooms so I have
my fingers crossed this year.  It might be nice to see a plum
or two this season. 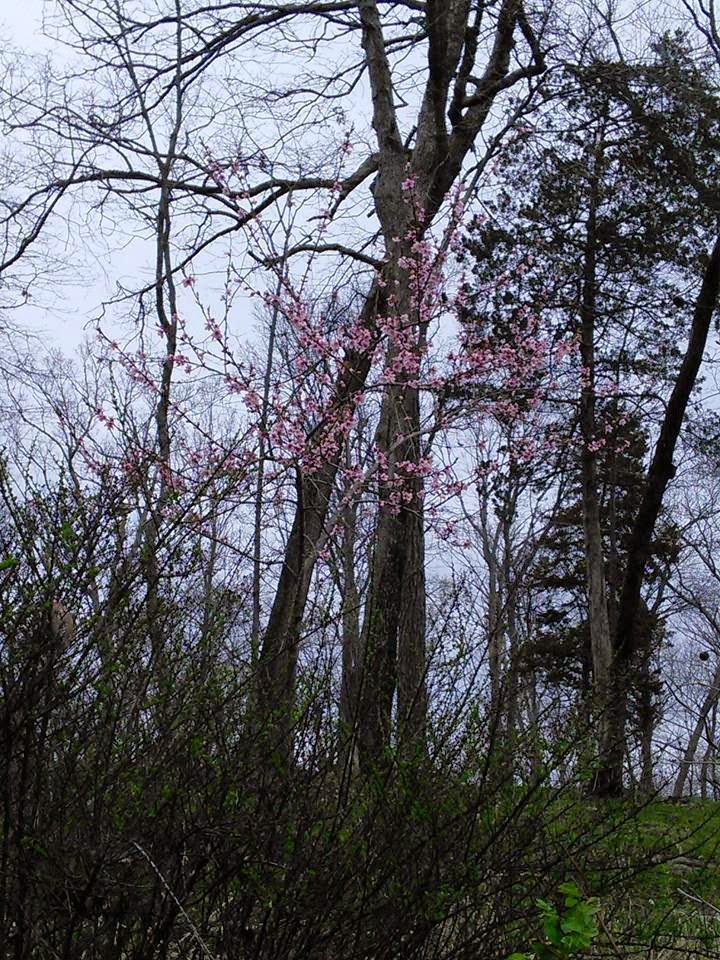 The peach tree has never provided very large fruit
and what it does produce is typically eaten by bugs.
I was excited last year when there were so many peaches
that I almost had to brace it up. That problem was solved
when a group of deer at every. single. one. overnight!!! 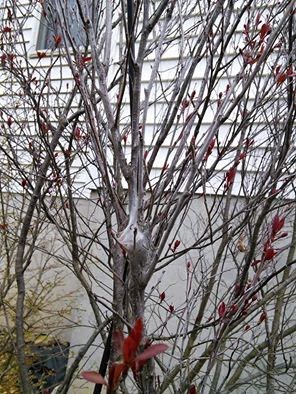 One drawback to the nice weather is that it is nice for bugs too.
The caterpillars love this red bush and practically
devour it in a matter of days.  I spotted the web so
I will destroy it before they can grow larger.
I want to try and avoid any chemicals. 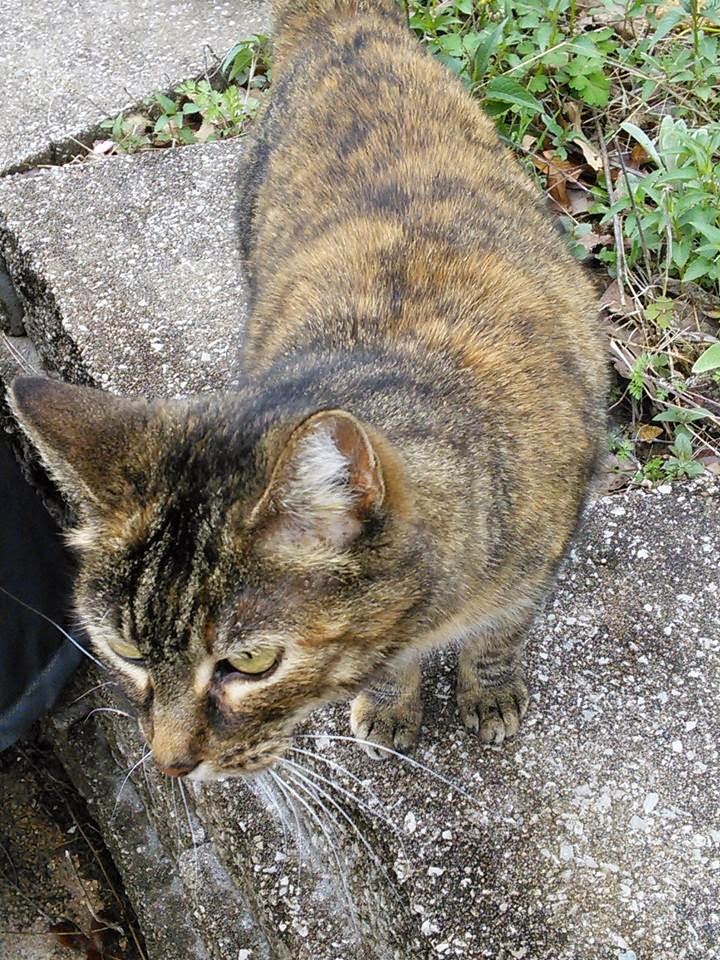 This is little Gimps.
She is a baby of one of the strays we used to have
and received her name when she fell off the wood pile
as a kitten.  She was gimped up for a bit and it stuck.
She's not very social, except that I am her human; however,
she doesn't care for other cats so I let her live in the garage
and sneak her in when I can.  She sits on my lap and looks
around the house with eyes as big as saucers.
The TV and ceiling fans must be very, scary, things!

She enjoys taking walks with me and follows me to the garden
whenever she sees me walking up that way.  This day she was
helping me take inventory of the frogs that are living in our
garden wall pond once again.  We have to replace it now
that it has cracked but I can't do anything until they are grown!
It seems that I am the only one in the entire county that likes
to hear them sing at night.  There are so many that it can be
deafening but lulls me to sleep!

I've had a sinus infection and trying to get past the antibiotics
that were prescribed to me.  I suppose they like to change them
up so your body doesn't get used to one type.  I can take only
Clindamycin without feeling terrible but he sent a Zpack
and I have every side effect that goes with zithromax.
Other antibiotics make me feel like I have the flu on top of
whatever they are trying to cure.

Hopefully this will pass in a matter of days

Posted by Kathy Felsted Usher at 8:16 AM

Your blossoms are lovely, and Gimps is a cutie!

Here's hoping you get well, soon. Most of us here have colds, which I am hoping don't go any farther than that!

The leaves are coming out here as well and it feels like spring. I am enjoying the period before it gets hot.