Boy Scout Camporee and the Hams 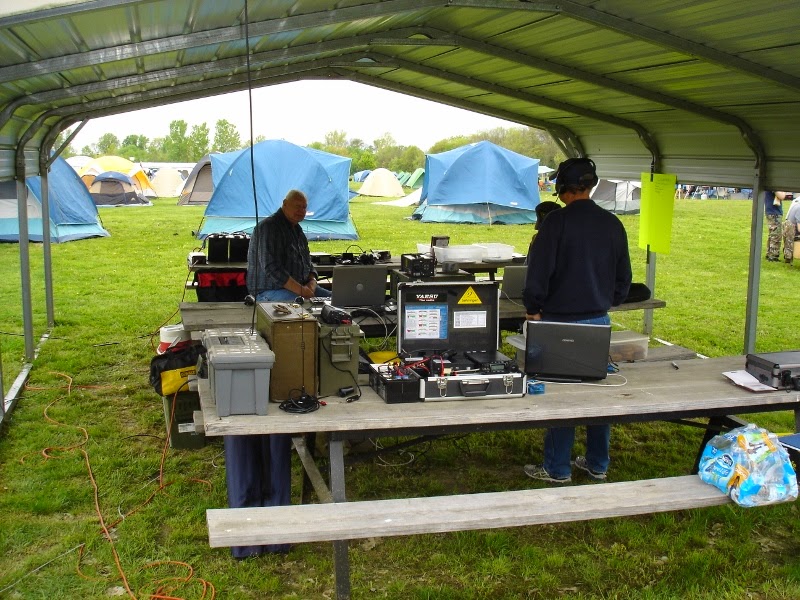 An estimated 300-500 scouts from 30 troops
camped out in Liberty Field park as they demonstrated
their idea of futuristic camping which included a stingray  three person
tent suspended around 10 ft high from three poles. 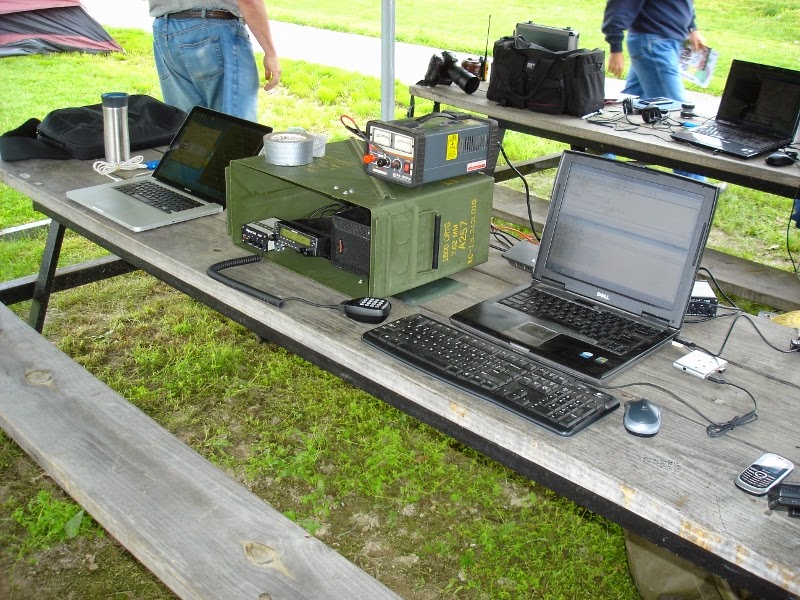 My husband used army surplus ammo boxes to create a
Go Box for his radio which is bolted into the box for protection
and ease of travel if they were to be called out in an emergency.
It is fitted with plugs and speakers for a quick plug in before start up.
He has room to add a second radio.  One being dual band and digital
and the other will be all digital.  I won't go into techy detail
but they operate differently.  He was able to use his
radio as a repeater so the handy talky radios could communicate
when their signal was not strong enough. 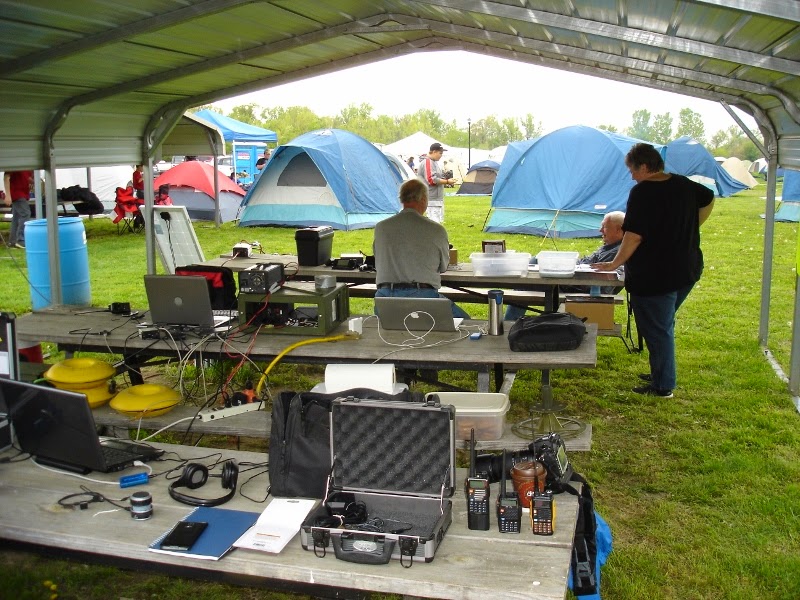 He also had it set up as a packet station so he could transmit
data over the airwaves known as packet radio.  It is sort of a forerunner
of the internet but much slower.  In an emergency they can
send Word docs and Excel spreadsheets which is a requirement
by the State Emergency Management agency plus it works
with the MERS system which is the Missouri
Emergency Radio Service. 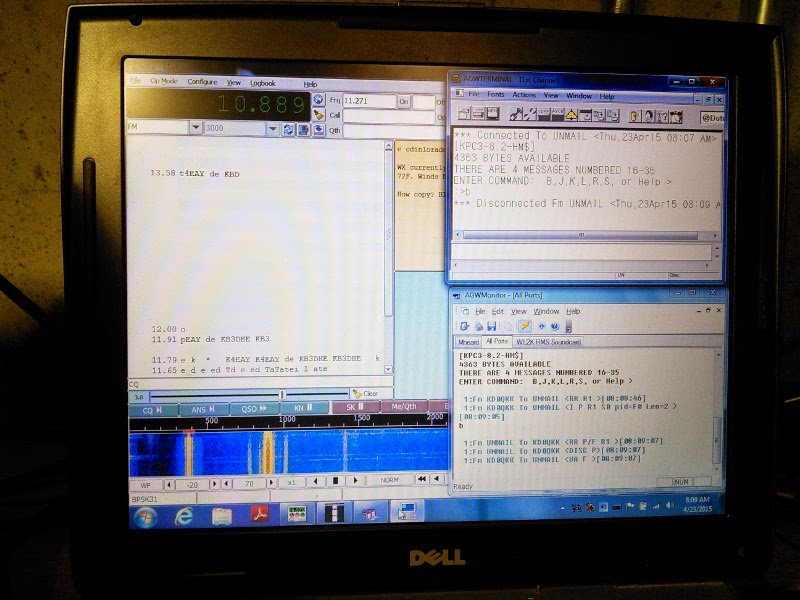 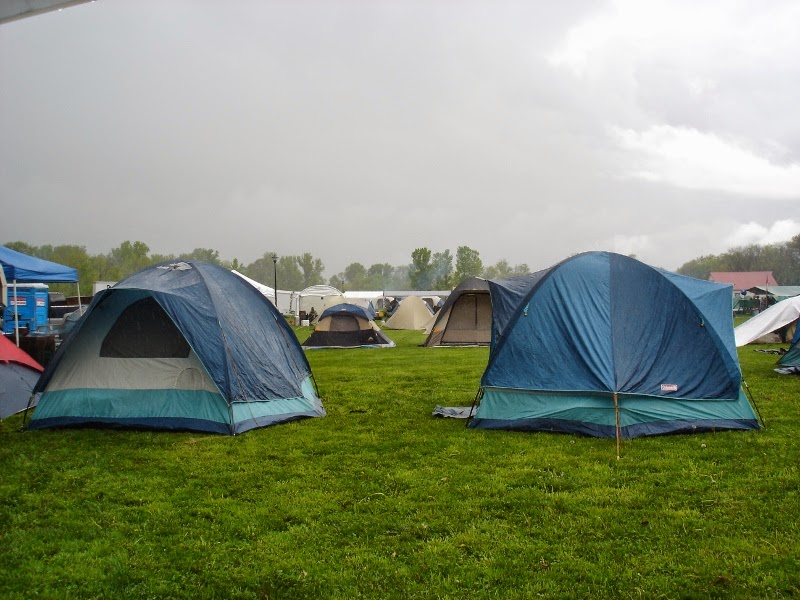 Some of the tents that were set up. 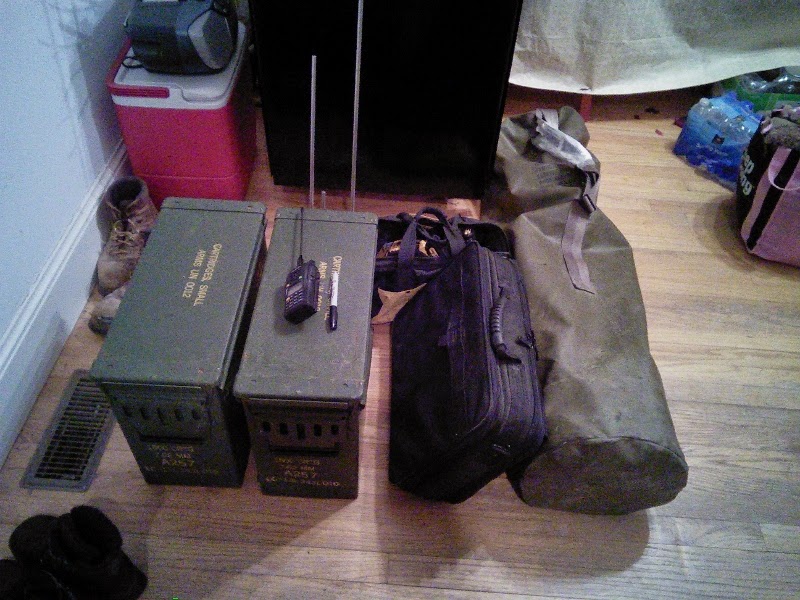 His gear packed up and ready to go.
One box is the radio and the other a tool box,
laptop computer and antenna and mast.

I've never heard of packet radio. Interesting. The radio club in Powell River uses the Flying Club's clubhouse for their meetings and the emergency communications trailer is housed in one of our hangars. For a small town we have quite a bit of planning in place. - Margy

I knew your husband was a ham operator. Seems like he has his equipment well organized and ready to roll. I know that in a lot of really bad disasters, it's only the hams who put out any accurate news from the disaster regions.

It must be pretty good. My geek warning alarm just went off. :)