I Can Do It Too- Emergency Lighting 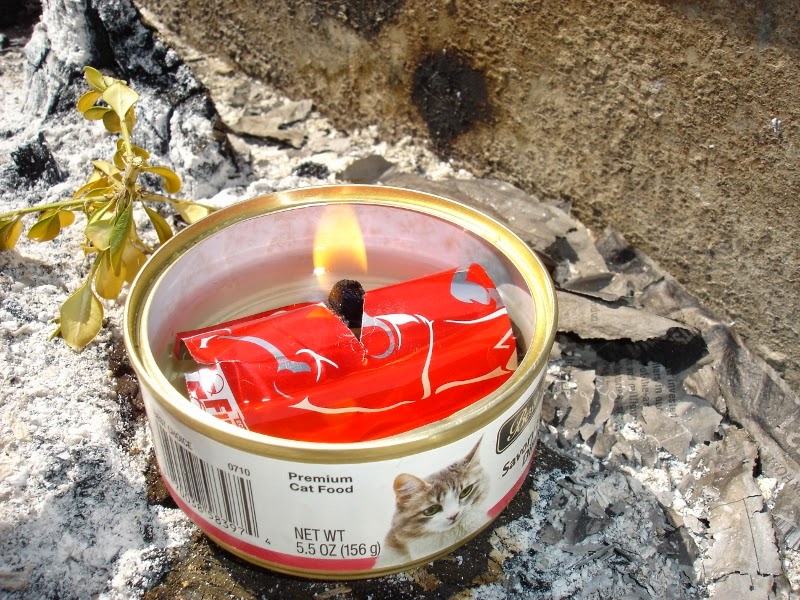 Emergency Lighting is the first in my series
I Can Do It Too
I have been reading various issues of The Backwoodsman
which has both feature articles in addition to handy
tips on how to do things and quick recipes.  As I am
reading I keep thinking I can do it too!
So I am going to try. 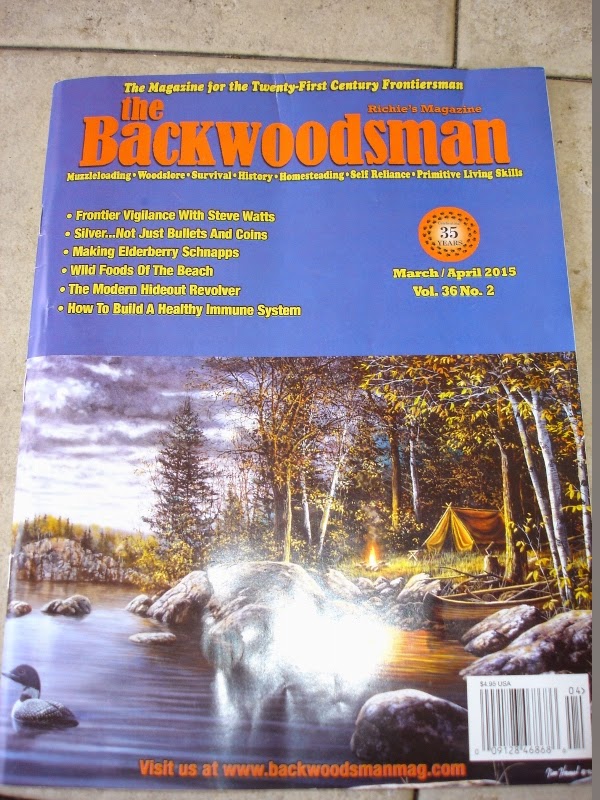 The issue where you can find this tutorial 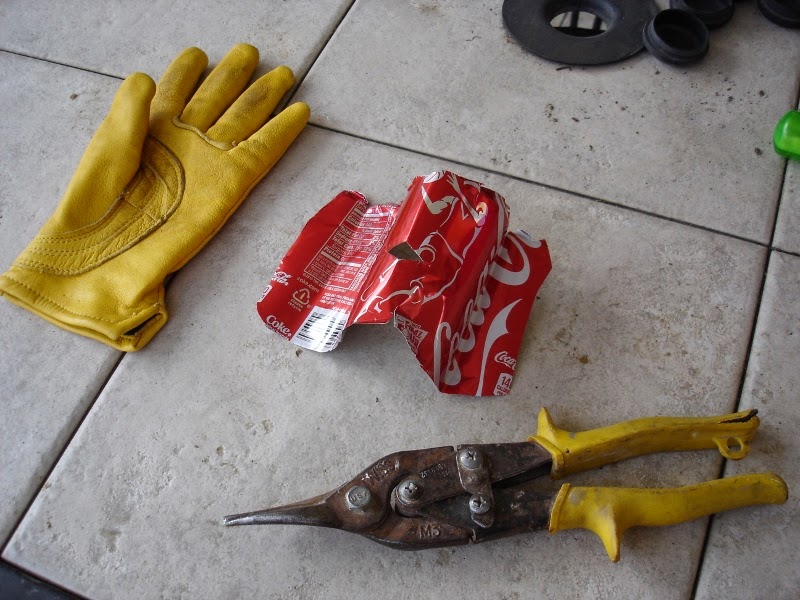 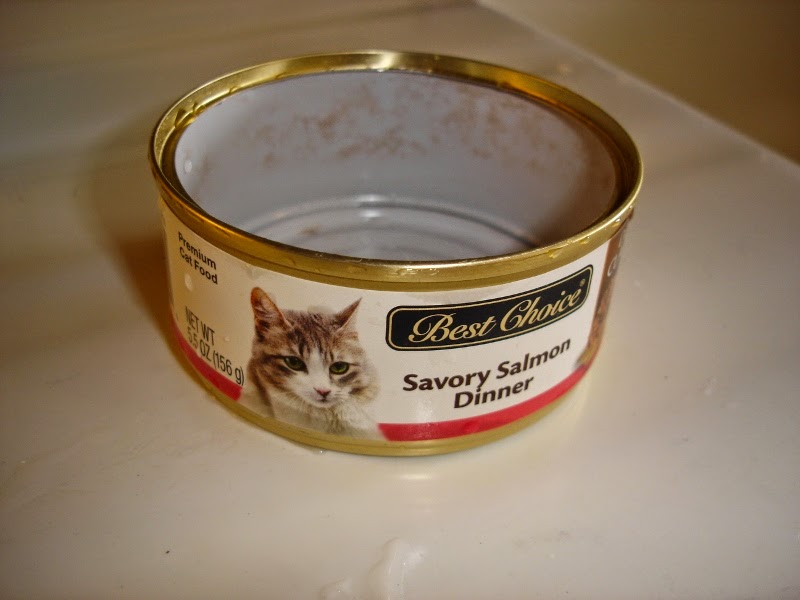 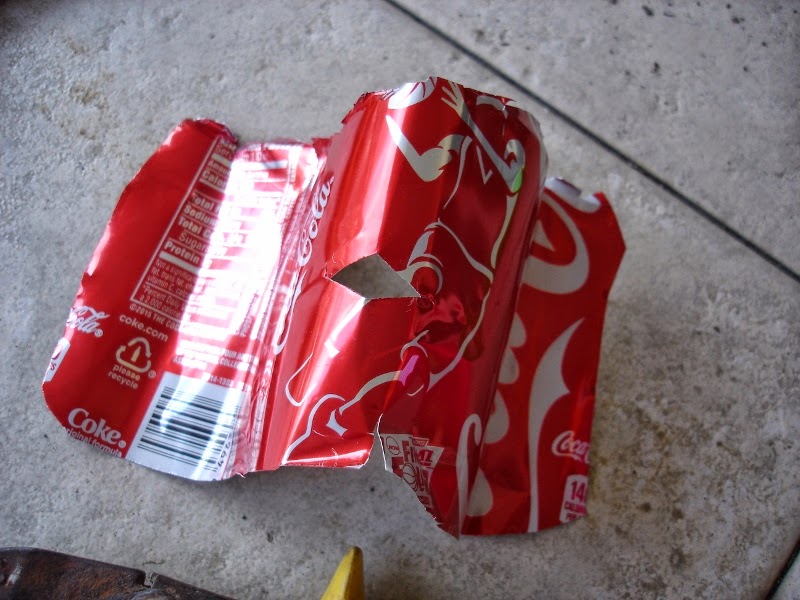 Cut the center out of a soda can.

I used tin snips but you could use scissors as the article
mentions; however, scissors can be dulled by the metal
or since we had tin snips, I used them as well as a leather
glove just so I did't poke my fingers as I was cutting it.
Trim it to fit inside the tin.  My tin was smaller than
the one used in the magazine so I had to trim accordingly. 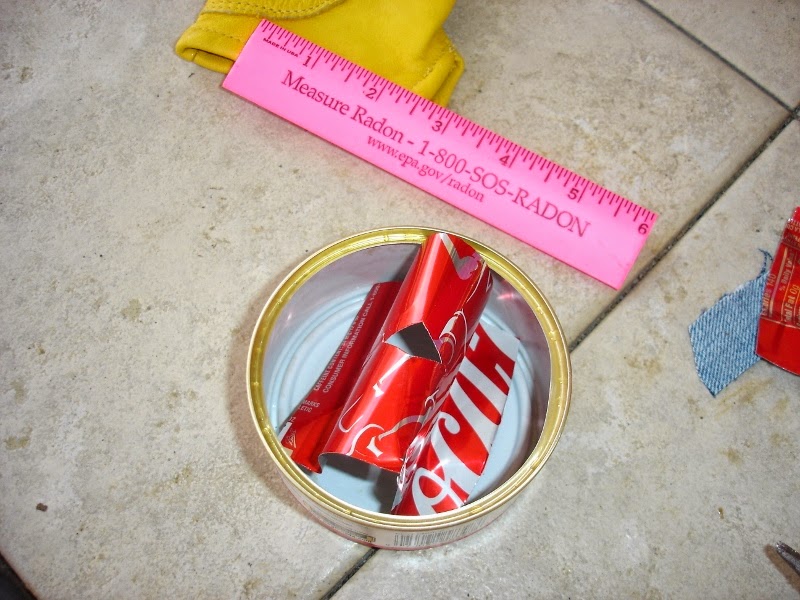 Bend the metal so it forms an upside down "V"
Snip a hole in the center to thread the blue jeans through.
I think I should have made a smaller hole but it worked. 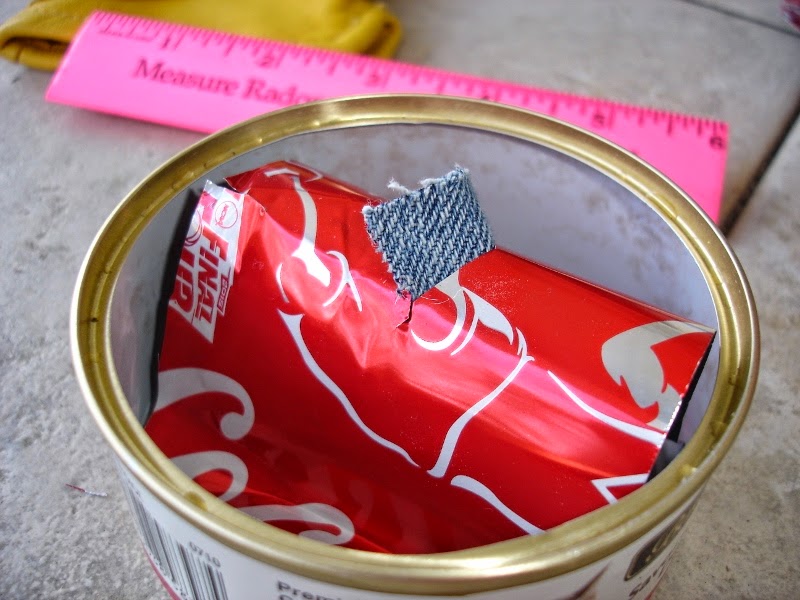 Thread the strip of blue jeans through the hole.
Adjust so about 1/8 inch is sticking up.
This photo shows the jeans before adjustment
to make it easier to view.

Fill the tin with oil but not to the very top.
Allow the jeans to wick up the oil.  The article says you
can add a drop or two to the top of the jean wick to
help matters along.  Once it has saturated the jeans,
light the blue jean wick and watch it flame.

For caution, I did this outside and sat it in our fire pit
where it would stay out of the breeze and if spilled,
it would be safe.  (Safety First!!) 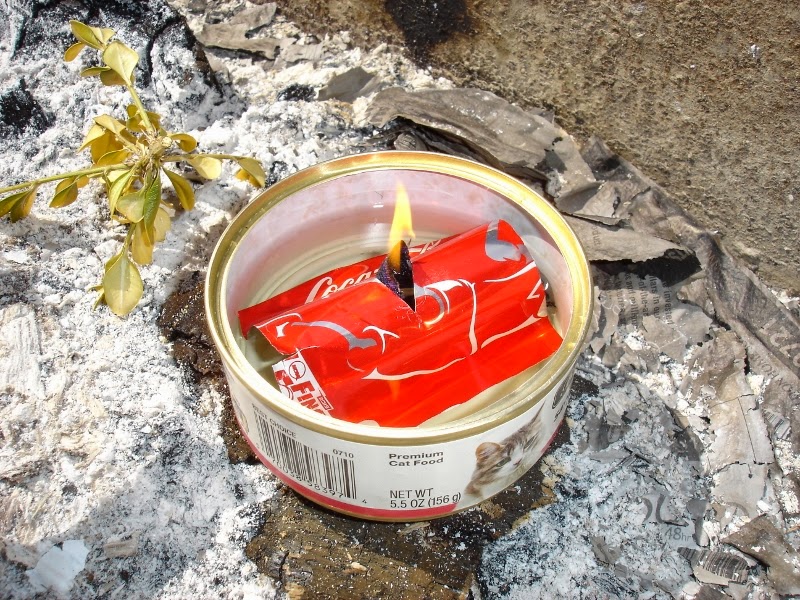 The article said their candle burned for six hours
without using hardly any fuel.  I blew mine out after
three hours since I had to leave and as mentioned,
I could not tell that anything had been used up.

It smoked a little at first which was either from
the oil or the length of the wick, or both.  I
would be cautious if using it indoors since it is oil
and can spill but it certainly put out light for a long while.

I have a few other experiments to try, some from
Backwoodsman and other sources.  My husband tells me
this is Kathy's Summer of Learning while he shows me
how to work on things around the house that he generally
takes care of such as minor tractor repair, the septic system,
household appliances, etc.

Posted by Kathy Felsted Usher at 9:25 AM

One can never learn too much.

Wonderful. Congratulations and thank you!

Backwoodsman is a good magazine. The things you learn from it could well come in handy. It's not one I buy anymore, as I had to cut back and Backwoodsman is oriented towards more primitive living than I would want to do. However, it does address basic things like light and the day may come when I'm out of batteries!

Good idea. I'll be excited to see what else you try. I love experimenting up at the cabin, but Wayne doesn't always share my enthusiasm, unless it's successful that is. - Margy