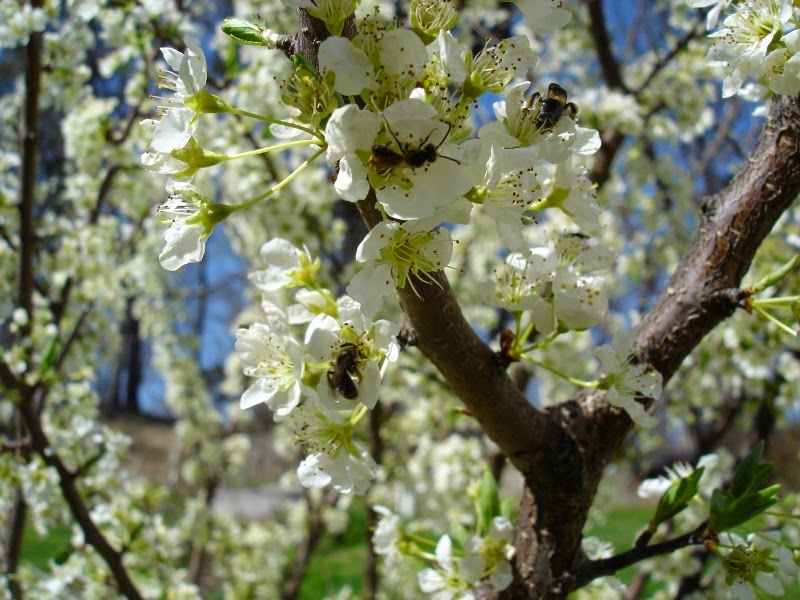 The plum tree was a hub of activity, literally hundreds of
flies bees and other winged creatures soaring in and
out of the blooms.  One poor fat bumble had a mid air
collision with a smaller flying bee.  I'm not so sure
it was an accident! 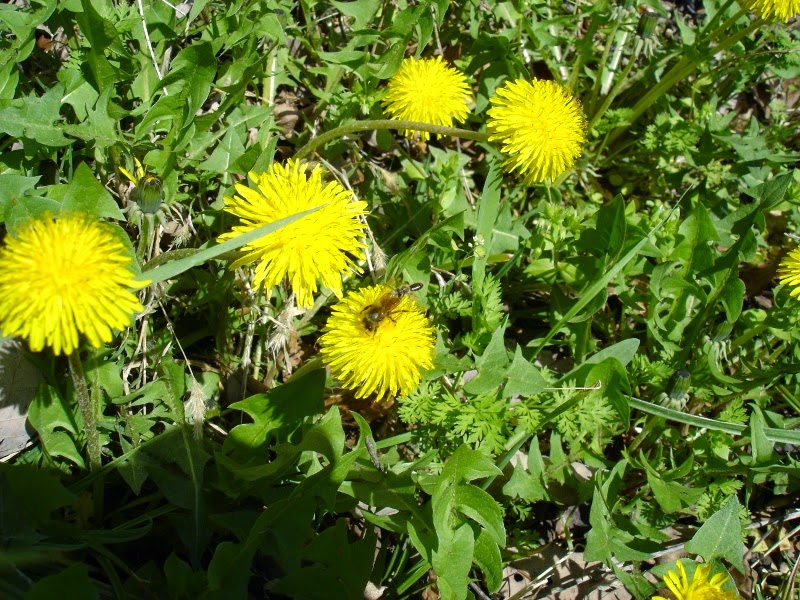 The dandelions are blooming too. 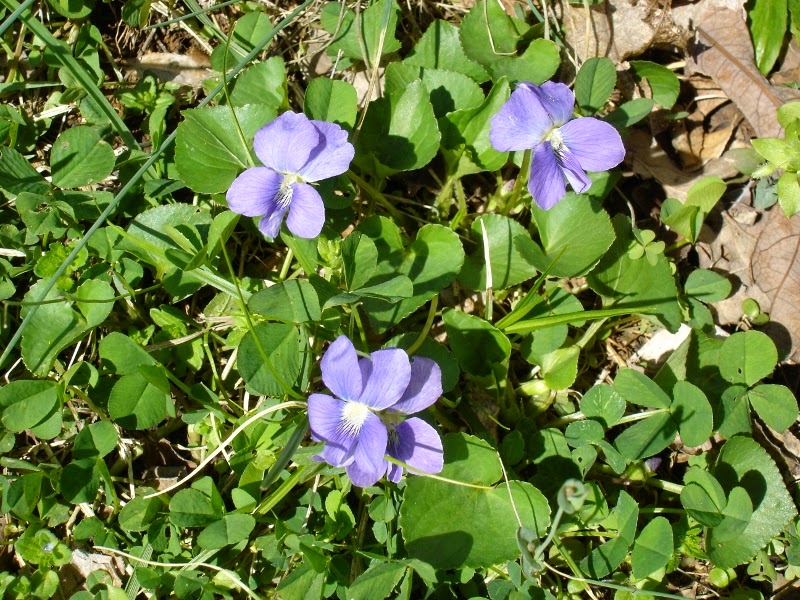 As well as the wild violets. 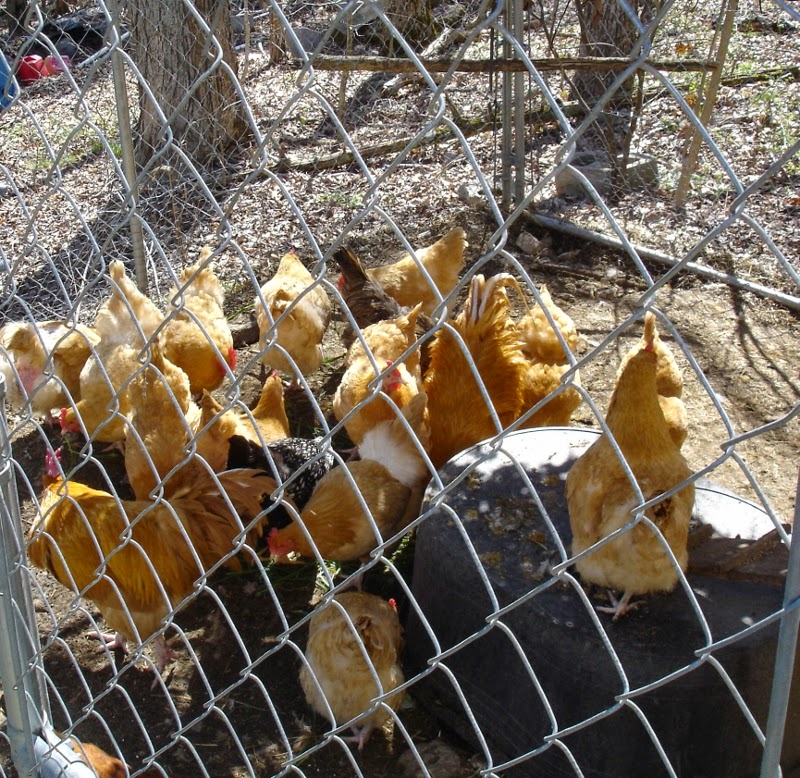 I picked some tall grass next to the garden beds that turned
out to be a pretty delicious snack for the birds. 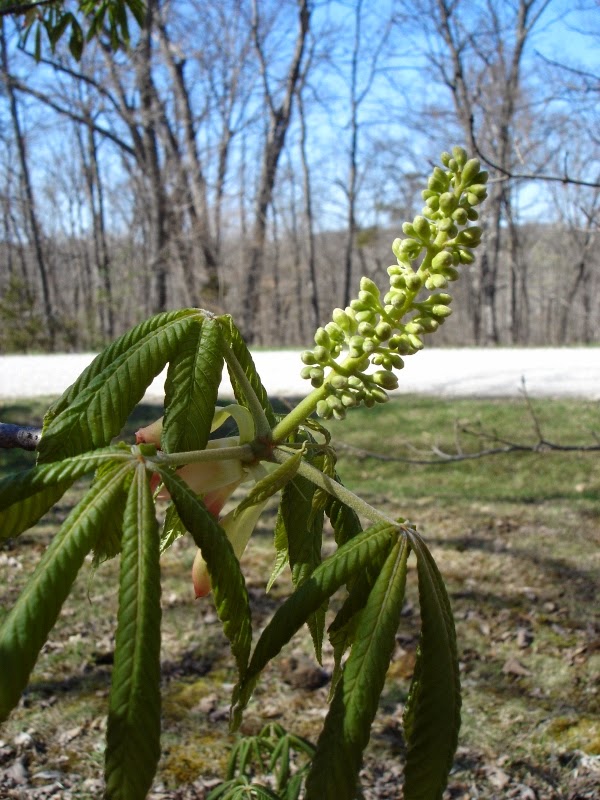 The buckeyes are one of the earliest bloomers.
We have two up by the road and a smaller one
over in the garden area.  They are very distinctive
so it's easy to spot them but more difficult
to find the buckeyes after the fall.  They are
either buried in the leaves or taken away by animals. 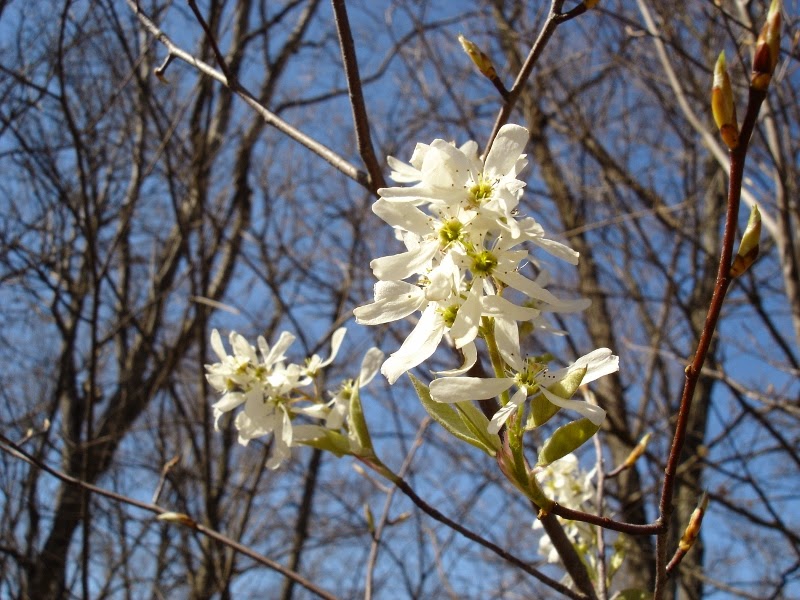 This isn't my tree but I found it blooming across the road.
I don't remember it from last year.
Any ideas of what it is? 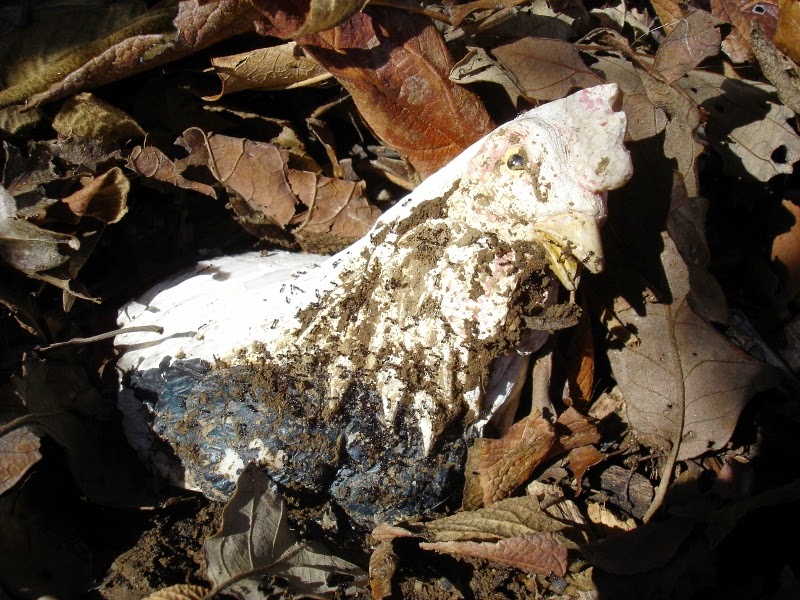 When I turned over this broken chicken statue
(I don't know why but I keep the head in the garden)
I sent an entire colony of ants into a panic.
I replace the head and patted down the leaves so
I hope they are happy again. 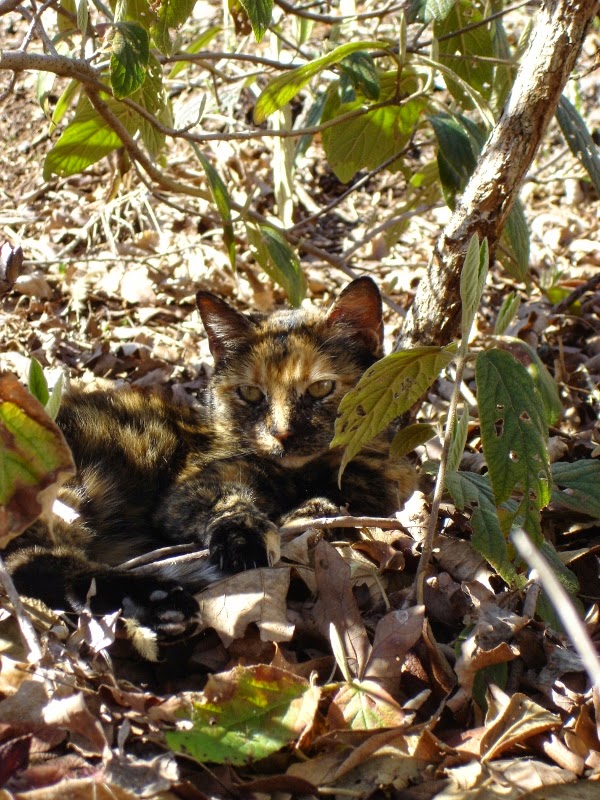 Specks enjoys sleeping beneath the viburnum bushes
I have on the garden wall. I trimmed them up so
she had more room as they provide a lot of shade
in the summer.

We're anticipating another round of storms, some
potentially severe towards mid to end of the week.
There are a couple of trees that I have concern about,
one that could block the driveway until it's sawed up.

I hope everyone had a Happy Easter!

Posted by Kathy Felsted Usher at 5:06 AM

I love everything that is blooming in your yard! Hope you and the family had a great Easter!