A Wash Out and Flood Conditions 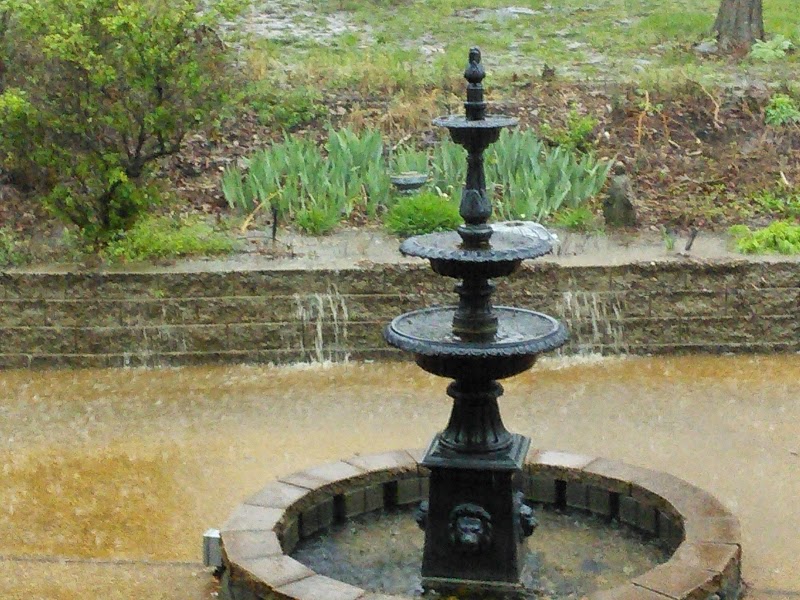 Three inches of rain came down in a half hour
resulting in flooding like we have not seen in
our area for many years.  Not only was the low water
bridge under, it covered our county road and flooded
farm fields tearing down fences and stranding motorists.
Even in town water rescues were conducted in areas
that you would never expect.

Barricades have been erected just past the entrance to our county road
after the bridge washed out so who knows how long the residents
will have to travel extra miles to get to the other side. 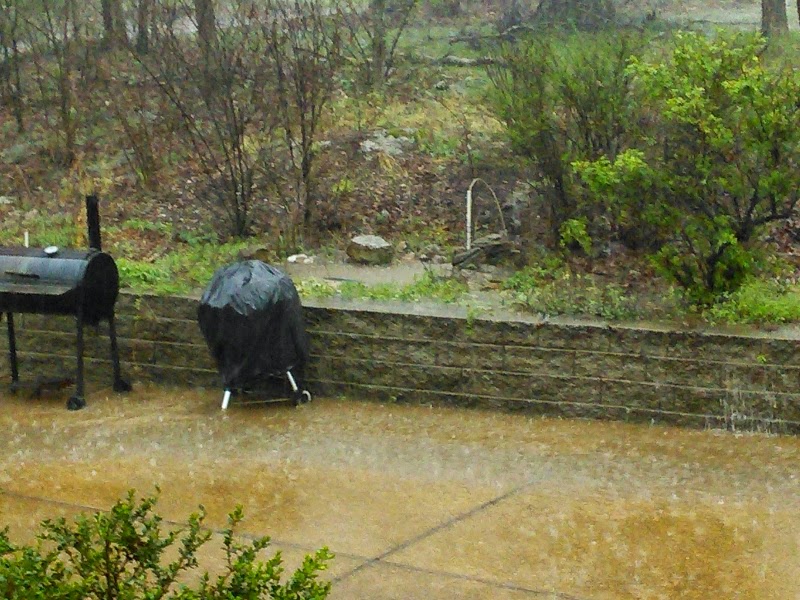 My husband snapped a few shots while I was at work.
The frog pond on the wall is overflowing and a river
traveled across the courtyard, flowing down the hill
towards the coop and taking all the rock under the
coop deck with it.    This frog pond is severely cracked
and holds very little water so for it to overflow is
amazing and devastating to the poor frogs. 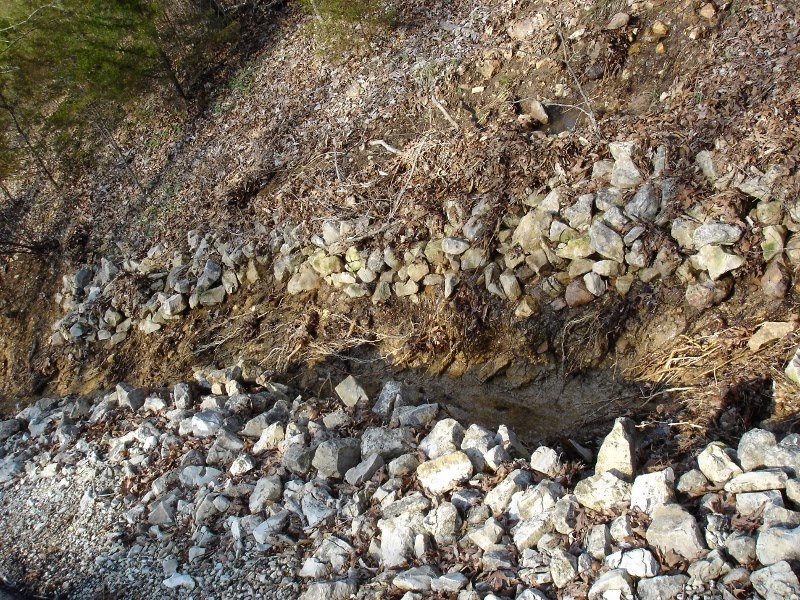 What was more amazing is that it scoured all the large
rocks that fill the road's three feet deep culvert. 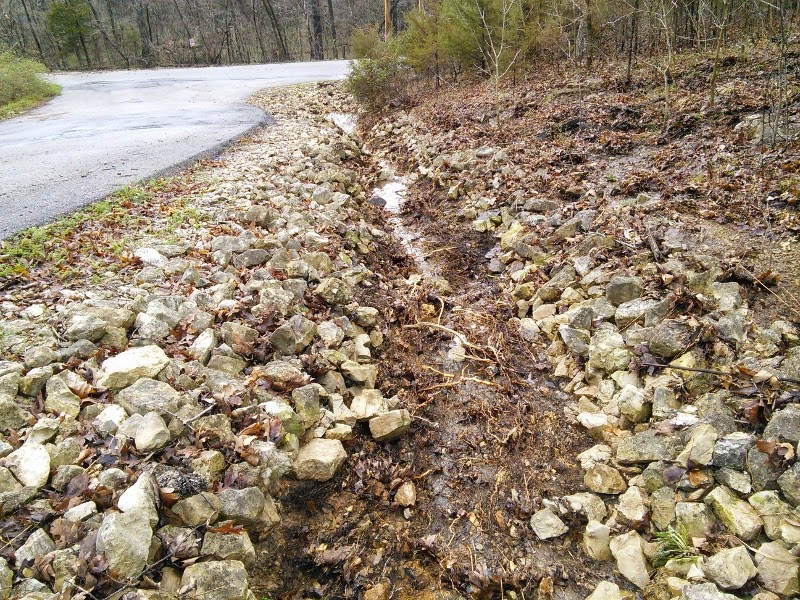 Pushing the rock to the bottom of the ridge 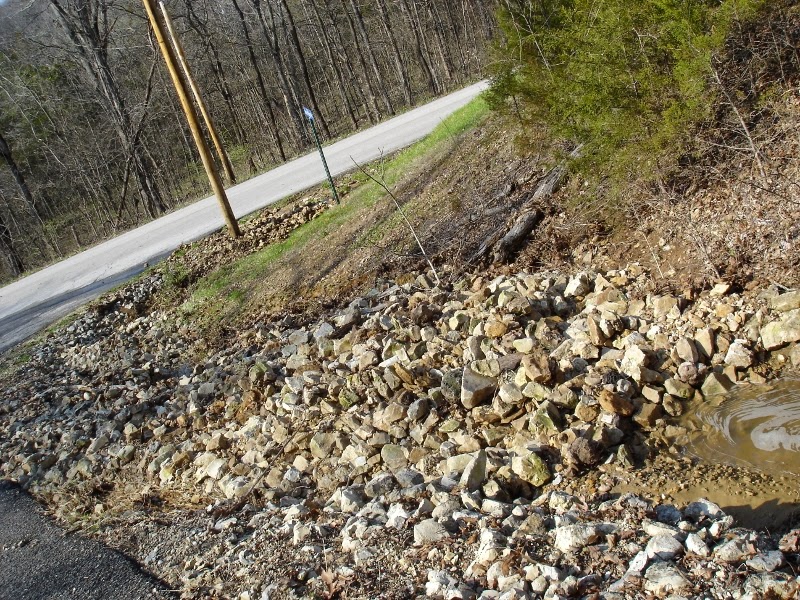 and creating a dam at the bottom.  We have to
arrange for a backhoe to come out and correct it. 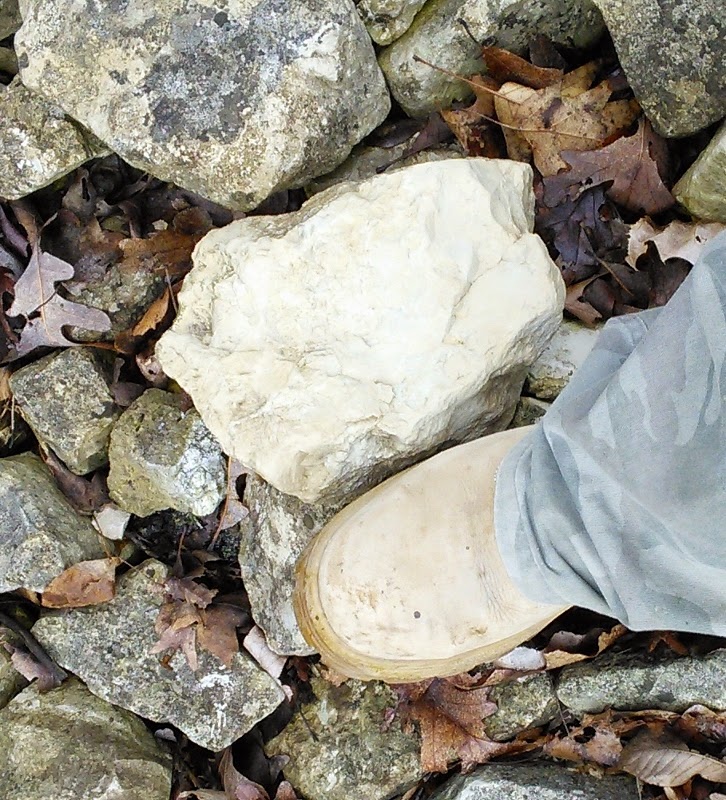 As you can see, these are no little rocks. 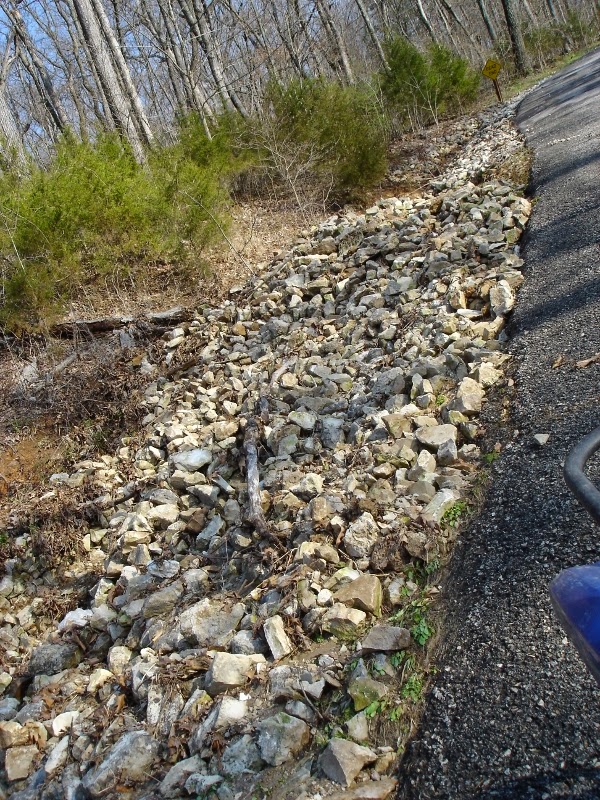 This is where it all ended up.  Again, this was 3ft deep.

I was concerned that all my routes were under water
but I was able to get home using the highway.  Many
times the place I turn onto the highway is flooded
in smaller rains but I was lucky this time.  All the other
routes were not passable.  More rains were expected
on Thursday so I worked from home just to be safe.
There were two very large storms, one early and the
other with winds up to 72 mph which collapsed a couple
of buildings near where I work in town.  It eventually crossed
over into Illinois where it continued to cause damage.

Friday morning I called the highway patrol as I crossed
the major intersection out here.  The storm had blown so
hard that the Stop sign was facing the wrong direction
so the road with the stop no longer had one
and the sign was now facing the 55 mph county letter highway
where locals would not anticipate a stop.
It was a bad situation, especially with a detour in place
due to the washed out bridge.  They were calling
MODOT to come out and fix the signs.  I saw they were heavily
braced by the time I came home that evening.

The weekend is nice but we expect more rains on
Sunday and Monday but hopefully not severe weather.

Glad you were still able to get around; flooding is nothing to take lightly!

Glad you don't live in the flood plain!

Goodness! I'm sorry about the cracked frog pond and the rocks moving out from the coop..Those rocks in other picture were 3ft. deep wow! Water can do some damage and fast. Take care Kathy with more rain expected.

Glad to hear you are all safe. Hope it stays that way!

That is a LOT of rain in a short time! We live in northern IL, not far from where the tornados hit. I hope you get everything repaired. Lets hope that was the last huge spring storm!