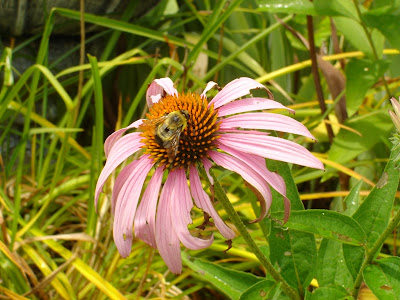 I snapped some photos of the flower garden
during our brew day today, an Irish Stout
that I'll be posting on in a day or so.

The  temperatures have been in the 90s
after a very wet Spring so
now things are looking a bit more like our summers.
The bees are loving all the blooms
from cone flowers to iron weed and what
remains of the bee balm and butterfly bush. 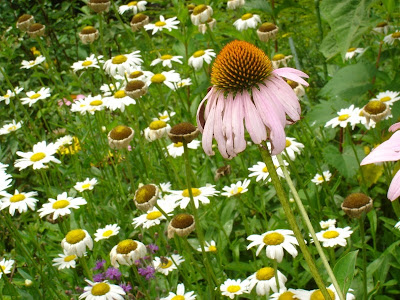 We've had yellow butterflies, large and small black ones
that playfully flutter by each other, competing for
sweet nectar.   Today a hummingbird moth was checking
out the iron weed. 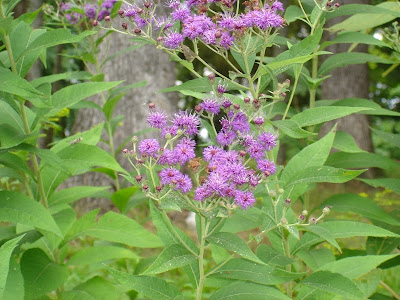 There are bees all over this,
large and small to very teeny tiny. 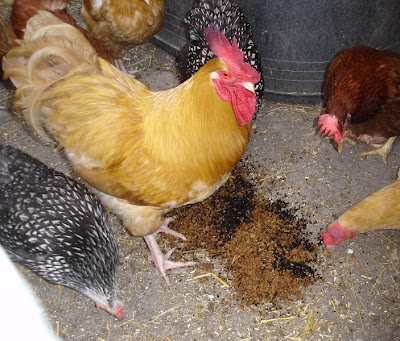 The chicks also were on the receiving end of
Brew Day munching on the grains used
to make the wort.
I didn't hear any complaining from them or the humans
on the other side of the courtyard.

Soon our second batch of chicks will be joining the coop while
the first chick batch is released into the general population.
They have spent the last few weeks in the coop but
sectioned off by chicken wire.  They  squeeze up
next to the older ones (as their roost in also
divided by the wire) so they are used to touching and
being together now. The second batch will go
into the divided area to repeat the process.

I have to hatch a couple more to keep my little Special
Needs chick company since it can't leave the house so
until someday when it gets big I guess I'll be rotating chicks
in and out of the house!

We have a lot of yellow butterflies and I wanted to take a photo this morning but had the old camera. They were after the blue chicory flowers. The weather was so wet here that it kind of messed things up for some insects and plants.

Enjoyed your flower photos. And it was so good to hear good news about bees. Can't wait to hear more about your brewing.

You are a great chick mommy.

Will love to see some of your chicks when it's convenient!

Thanks for the photos and the post. Good luck with the chicks. :-)