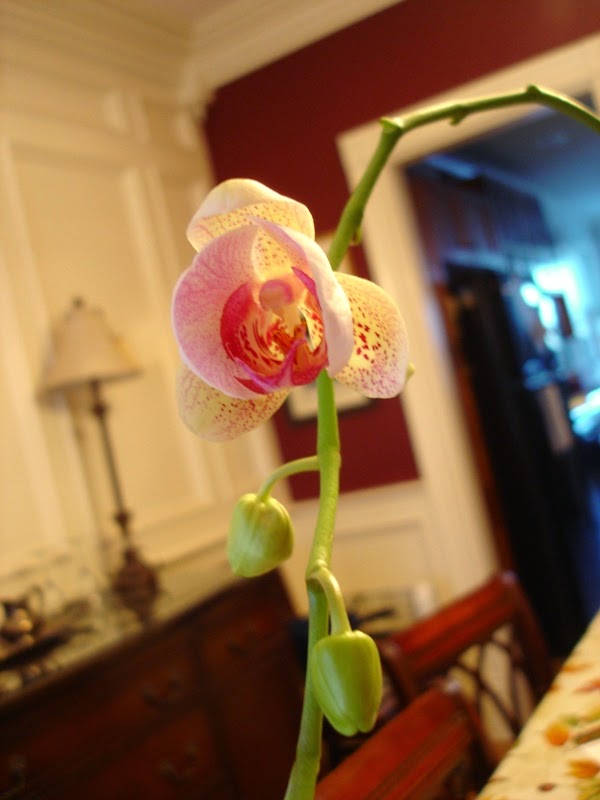 I am temporarily taking care of this orchid,
(which I initially thought would be a really bad thing
based on my historic incompetence with growing indoor plants)
but several weeks later- It's Blooming!!!

This is an amazing thing,
the Patron Saint of Flowers must be watching over me
because I never could have done this alone!

Not only did it bloom but there are
More On The Way.

This orchid needs watering every day.
It isn't as if it is embeded in a deep pot of dirt;
rather, it's almost as if it's just a bundle of roots.
There is a plastic pot with holes punched in the bottom
inside of this ceramic pot.  I keep a plastic water bottle
next to it and when I pass by, I give it a sip.

When it comes time to return it, I hope it
is still as healthy!  Then the pressure will be off.
Whew!! 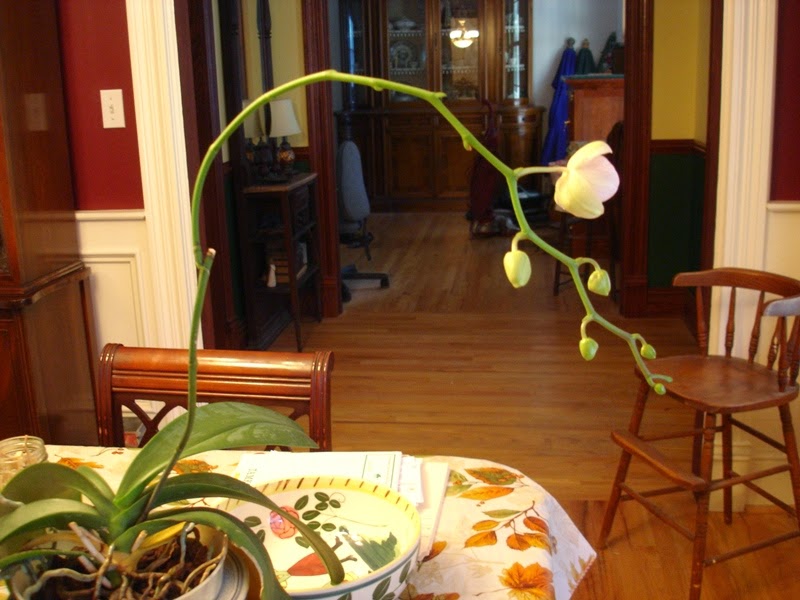 I have always heard orchids were hard to grow. I would have been doing the orchid dance too.. Yeah! Blessings!

Congratulations! I can grow lots of different houseplants, but orchids always seem to eventually die for me. Good job!

It is beautiful. Maybe you'll get to keep in through several of the blooms:)
PS you have a beautiful home.

Well done! I can never keep orchids which I have been given they all die on me and I end up with a twig! I will keep my fingers crossed for you. I hate looking after other peoples things, far too much pressure! Hugs, Susie x

That bottom picture is scary. It's like "The Day of the Triffids" only it's the day of the orchid.

I've purchased orchids and watched them lose their blooms, but I've never successfully had them bloom again, even though the plants did well for years. You must know the magic trick. - Margy