Dinner Together Across the Miles 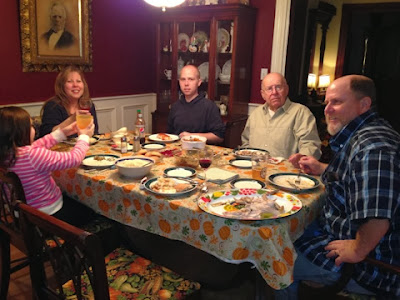 Eight for Dinner-
We celebrated Thanksgiving dinner for eight
despite our table setting for six.
My son, Sean, flew in from Seattle this year,
my father-in-law, Dick, is to his right in this photo,
then my husband Tom, daughter Becky snapping this shot,
granddaughter Taylor and two guests that were there
via the wonder of skype!

(we all had to laugh, my father in law's
expression looks just like my great, great, great
grandfather's portrait hanging on the wall behind me !) 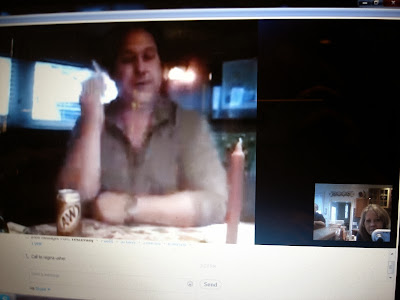 We sat up the computer on the back buffet
so Dan and wife Gina could join the meal from
their yacht in Daytona.  What fun! 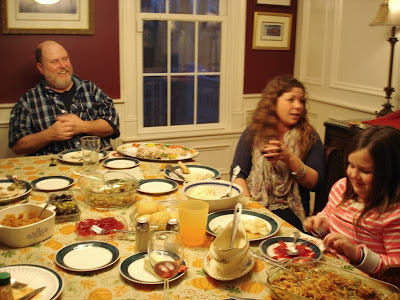 At first I thought I had one too many glasses of wine
until I realized the table was in focus,
the people were just moving and sharing in laughter
at our old family stories and jokes. 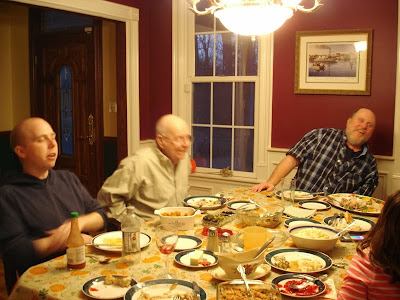 As you can see, everyone had a great time. 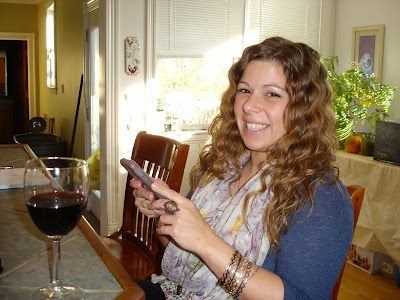 Becky brought over some wine she thought I would enjoy
and we had to laugh as I bought the same brand, Rex Goliath.
I will say her Cabernet was far more tasty than my Merlot. 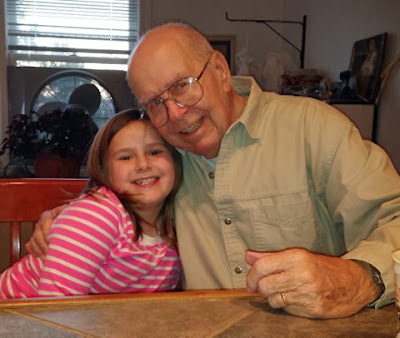 Papa Dick gets a hug from Taylor. 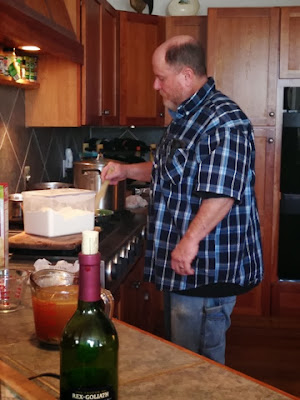 Tom did most of the cooking-
we thought it would be safer that way!
I'm pretty good at baking but I can't
hold a candle to him on the cooking side.
And I always measure wrong!
He saved our potatoes when I was about to
drown them with too much milk.
That happens when I don't make them twice
but try to double a recipe! 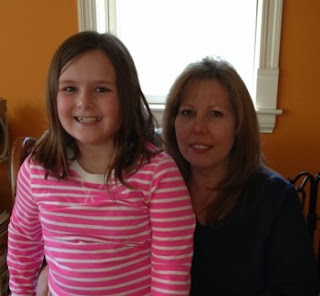 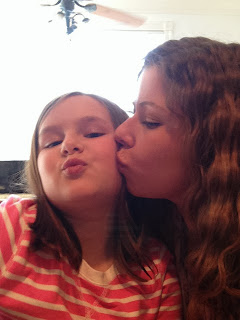 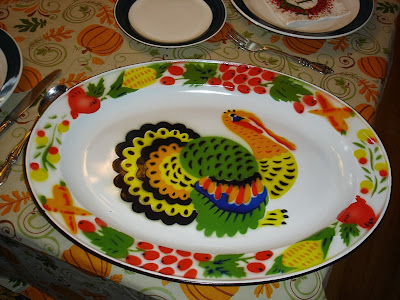 Our favorite turkey platter!
It turns out these were pretty popular. 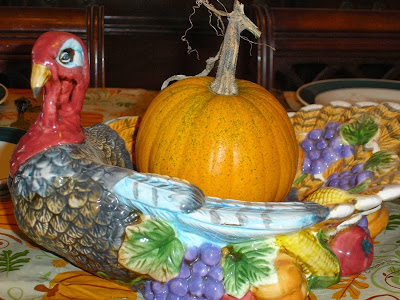 I had my grandmother's old turkey centerpiece on the table
until the food arrived.  This is one of the little pumpkins
I grew but haven't pureed yet.

Dinner was a success
Turkey and the traditional Usher dressing-
very spicy with rosemary, sage,  marjoram and thyme.
Mashed potatoes with gravy plus candied sweet potatoes,
green bean casserole, rolls, cranberry sauce and an olive tray.
Pumpkin and pecan pie topped it all off.

My son brought his own food, being vegan,
and particular about some of the ingredients that
are vegan but that he has objections to.
My daughter is a vegetarian but will eat gravy
and occasionally a bit of meat, but very little.
My granddaughter and husband, both carnivores,
more than made up for any non-meat eaters.

After dinner we went next door to my father-in-law's home
until everyone started feeling pretty tired. All in all
it was a good day, everyone was stuffed and it was time for bed!

I hope your Thanksgiving was as wonderful.

When I first went on your comments I clicked back out thinking I was on a different site. The second time I went on I realized it was a ad on top of your comment page. Thought I would let you know about the ad pop up just encase you didn't do it.
Look like everyone had a great time. It's always fun having family around.

I don't have any ads linked to my pages but someone else mentioned that people saw ads on his. Do you have ads connected to your blog? Maybe they appear on your screen when you are on blogger?

Does anyone else see ads on my site?

What a great Thanksgiving. Two through Skype...lol. I'll have to think of that next year. Were they on for hours at a time? Oh and Cabernet over Merlot is usually the way to go. ;)

I don't see any ads anywhere.

Glad you had such a wonderful Thanksgiving. Have a great weekend. :-)

That's a real old time family get together.

Hi Kathy, love to hear about your Thanksgiving day and seeing all your family. Hope Christmas is as special for you and the weather is kind! Susie x