Buffs in the Coop 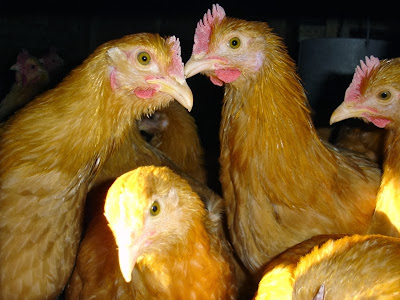 Hey! What's going on out there?
I think this is what they were thinking
when they noticed I had entered the chicken
yard and was looking through the elevated
doorway from the coop into their yard. 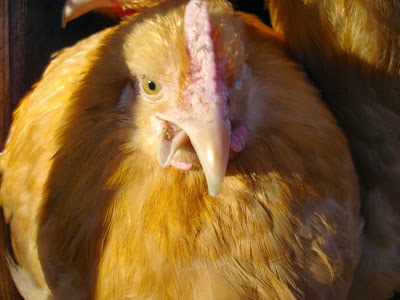 There's another cross beaked chick,
no relation to Bird, this one we hatched
and it started out looking normal, just like the rest.
It began crossing as it grew but this one is
not blind and doesn't have a skull deformity like Bird.
It's no Bird substitute- there never will be.
It is much lighter than the others but this one holds its own,
using that sharp, straight side as some type of sword,
poking the others out of its way.
It wanted me to hold it,
no other birds could be held, just this one. 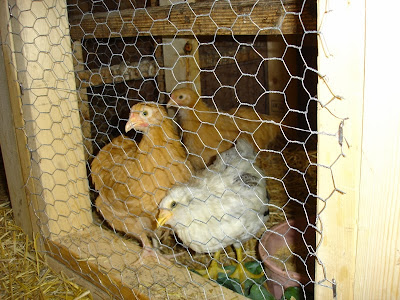 The white one here (much earlier photo)
wants to be held any time someone enters the coop.
She tried to get in on the action yesterday too,
hogged out by little cross beak! 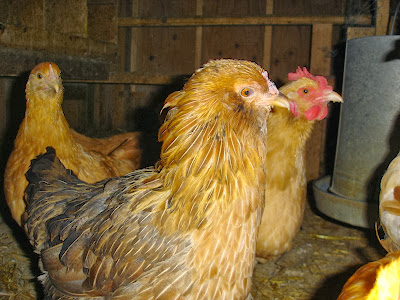 Here is Miss Puffy Cheeks.
Most of this group doesn't want to interact with
the older members of the flock.
They keep together but a few jumped
or fell off the plank into the yard when I
smashed a pumpkin so they could feast. 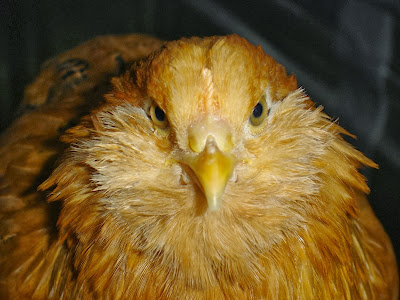 Puff doesn't want to be held anymore
but she does want to be petted.
I had to time my petting just so
or the others would peck at my fingerless gloves.
They didn't want my fingers, just the gloves!

The husband is going to enlarge the yard,
giving them another yard outside the secondary door.
There are just too many of them right now and they need more room.
The meat birds will be going sometime soon
but there are still lots of hens
which means lots of future eggs!


Posted by Kathy Felsted Usher at 9:11 AM

How about that, another cross beak and loving too..the little white loving one is cute too. Well Kathy they are all pretty birds!

We had buffs which we called buffies, they were good layers except they wanted to hatch a nest in the wilderness and they all got killed eventually. We have a puffy cheek like your hen and she lays green eggs.

cute little flock. I love how they have their own personalities. Some want the attention some don't. Puffy cheeks...is cute.
I also found the finger-less gloves interesting...they want to peck at anything that is strange or new to them.
take care, Pat

Hi Kathy Love all the pretty hens. One of our good friends has hens and hers are extremely friendly as they are all hand reared. In fact sometimes when you go in the coop they flock to you and they are jumping up to be picked up!! Love the pictures. Susie x