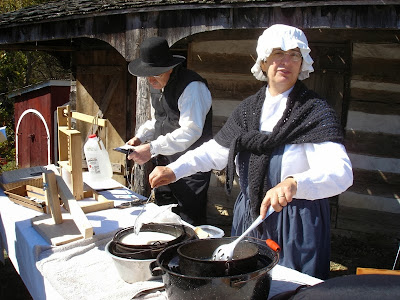 Who could go to Deutsch Country Days without checking out the edibles?
Most of the artisans either teach or have books to learn their crafts.
We purchased the cheese making book last season but haven't
tried it yet, except for some homemade cottage cheese which
was more like a dip with herbs spread through it.
Good stuff. 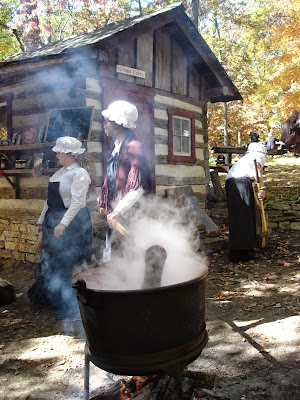 I would have purchased some apple butter but we
have a jar made by the local scout troop.
I saw a recipe for a stack cake layered with apple butter
and the sprinkled with powdered sugar.
I think I'm reserving the jar for that! 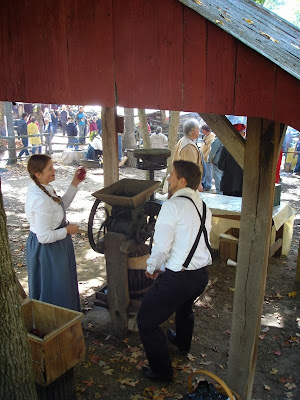 The apple press was pretty popular with the girls.
Taylor got to help put apples in the press
and then bought a couple of cups of apple cidar,
hot and steamy.  They did offer "cold" cidar too. 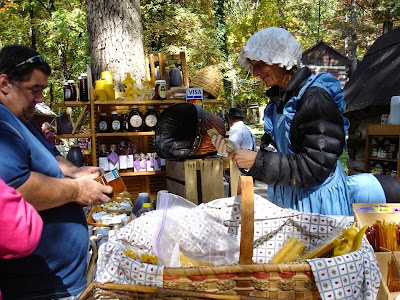 While everyone else was on the Osage Trail
I scouted out the honey booth.  They had samples of
dips and spreads and honey butters with various nut flavorings. 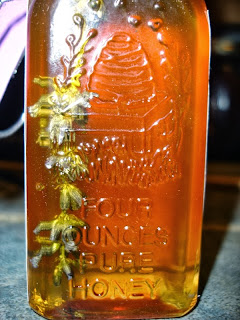 I picked up this pretty bottle of
Lavendar Honey. 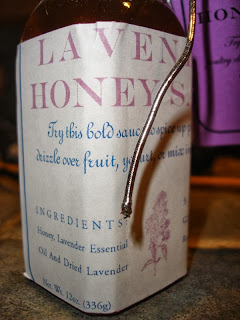 It  comes with a few recipes that are worth trying. 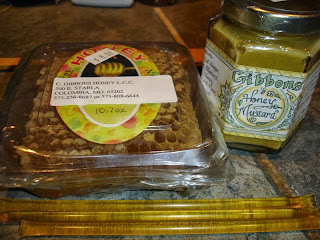 I also got some honey  mustard and several honey straws
plus a comb.  I want to try breaking some of it up in small
pieces and placing it on our salad.  It's supposed to be
pretty good.  They suggested topping oatmeal with it as well. 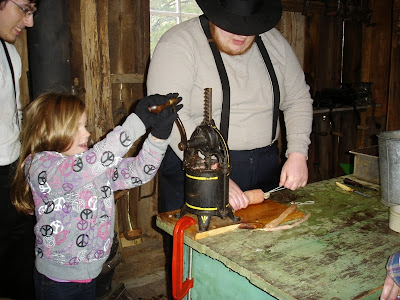 The kids got to help with the sausage making demo.
It is much more difficult to crank the press than you'd think!
Taylor was shy and didn't try it this year. 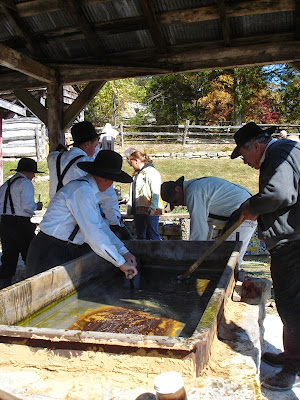 I noticed the sorghum makers were using child labor this year
rather than the typical mules.  I'm not sure why, either
they were not available this year or the kids just wanted
to walk round and round! 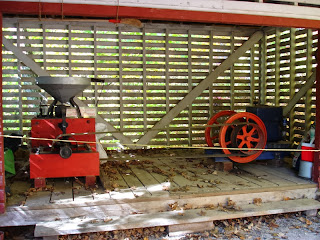 They were short of volunteers this year so this exhibit
was not currently running.  There was someone
demonstrating the early manual machines that  removed
the kernels, cracked and crushed the corn.
My husband volunteered a couple of years ago and he enjoyed it.

Living History Weekend in Marthasville, MO
as Deutsch Country Days kicked off it's annual
event on the historic Luxenhaus Farm.
The all volunteer staff demonstrated skills of the
German settlers.  It is sponsored by the Lexenhaus Farm
German Heritage Foundation.

This is kind of like what we are doing in our festival this weekend only we have lots of regional music.

Will you be posting some of the honey recipes. I would love to try some.