Organic Escargot ! (aka We Got Snails) 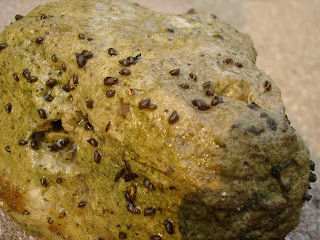 A snail crawls into a Porsche dealership
He finds a perfect model but before the deal is done
he asks the dealer to put a large "S" on each door.
The salesman asks why a snail would want a car with a big "S" on each door.
The snail replied- so when people see him speed by they will say
Look at that S-car go!

Yeah, I know.  Corny joke but oh so apropos.

We Got Snails!
Suddenly.
Overnight.

Yesterday I saw a couple of cone shaped, dark snails floating upside down (by choice) in our fountain.  The pump went out so things are pretty stagnant.  There are lots of tadpoles, occasionally a shiny frog or two and now, floating snails????
I put a rock in there (last night), just in case they are not supposed to float.

The neighbor girl was playing around with them last night.
"Hey," she said, "these two are stuck together!"
Ooooooh!  Hmmmmmm . . .
Guess what I found on the rock today?
Itty, Bitty specks.
And slightly larger specks.
I had to look closely. 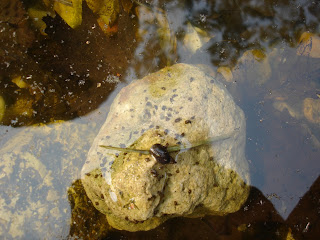 But How?  We never had snails before, at least not this kind.
Did they end up in our fountain as eggs stuck on little bird feet?
Do they reproduce that quickly?  Like magic?  I guess they do.

See this bigger snail?  It's about the size of a pencil eraser.
See the specks?  Those are the babies. Cute, but for how long?
Will they crawl out of the murky fountain and join the Mr. Slugleys in eating my stuff? 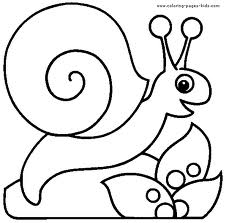 Most of our snails look like this.
Well, sort of.
Anybody know anything about water snails?

My guess is they will join the slugs in the garden but I'm not 100% sure. We just don't have those problems here in the desert but we do have lots and lots of tumbleweeds! LOL!!

Nah, not corny. I thought it was funny!

No snails here that I know of. Not a big fan either. :)