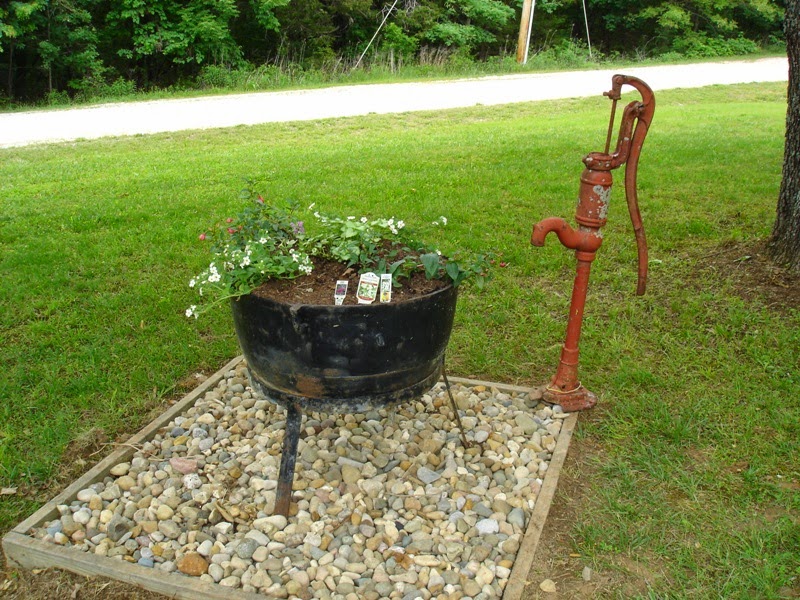 When my father in law passed away we decided to try
a square foot garden experiment up at his place and
compare it to our normal gardening method.
My brother in law and his wife are watching the house
and adding their own special touches.  This cauldron
and pump never looked better than when they paired them
together and added some trailing plants. 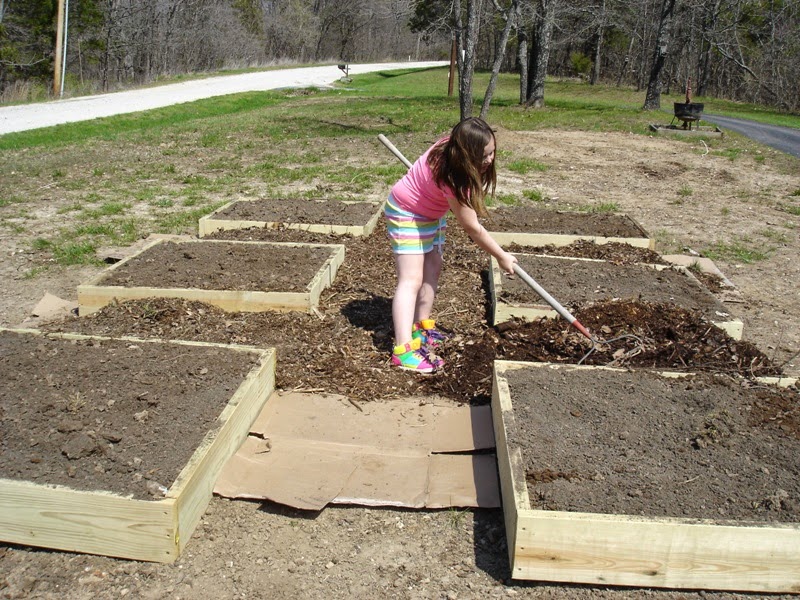 The boxes were put together, cardboard spread around them
and mulch raked on top. 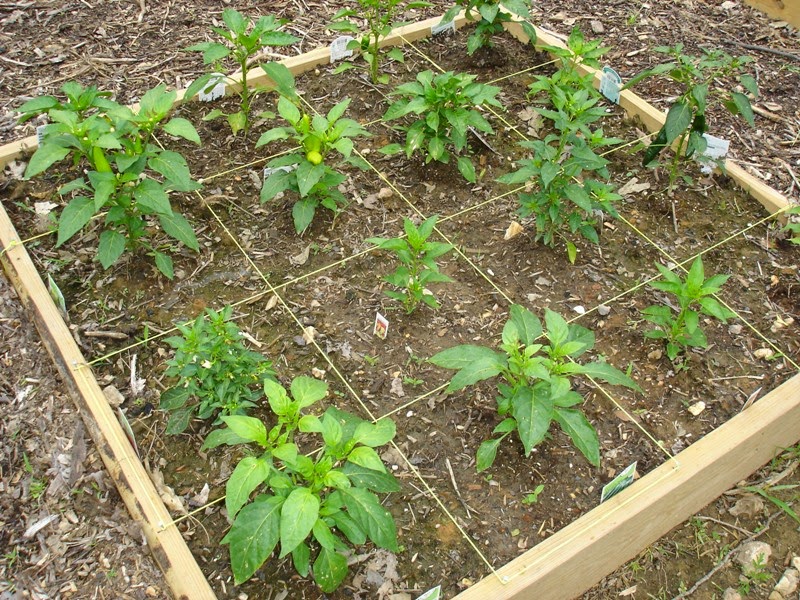 My husband planned out one of his boxes and planted
several varieties of peppers. 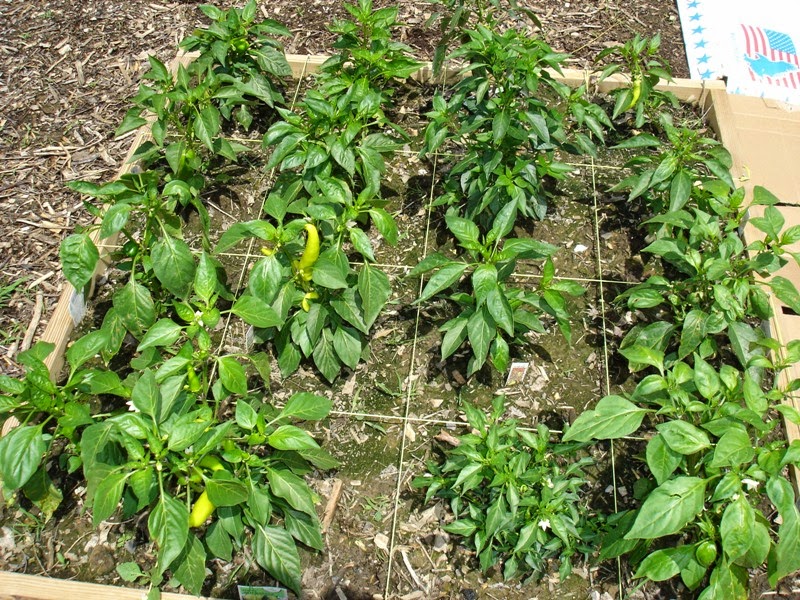 They are growing like crazy with peppers all over.
Mine are growing but nothing near this.
His do get better watering in addition to extra fertilizer. 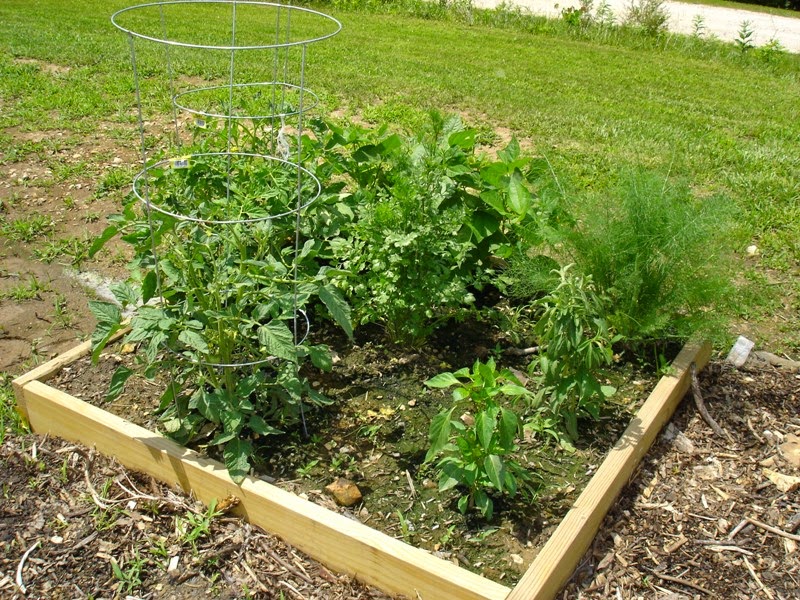 My sister in law has a few boxes planted with
herbs and various vegetables. 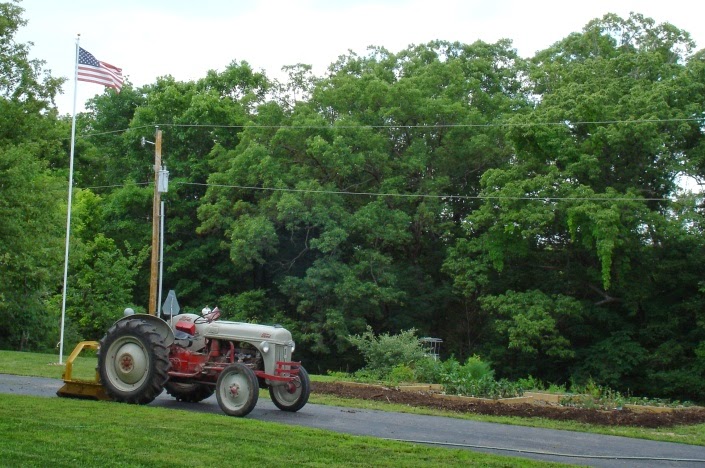 It helps having the tractor to move dirt around
and transport mulch down the road from our place. 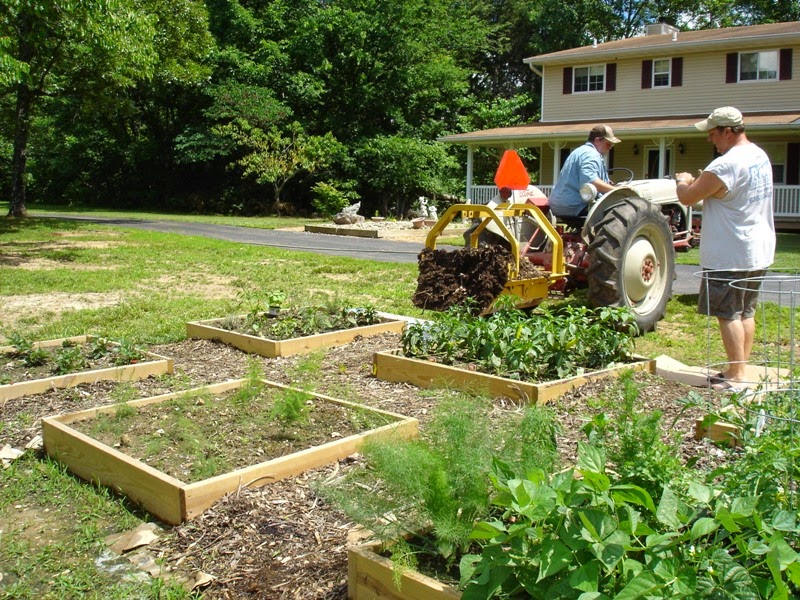 He would back into the walkway area and dump the mulch.
Then whoever is spreading jumps in to action.

In the last two weeks we have seen major growth in both gardens
but the difference may be in pest control.  They are battling
bunnies which our cats keep under control.  I spend most of my
garden time with duct tape in hand, patting down the backs of
leaves to remove squash bug adults and their eggs that are now emerging.
In addition, the striped potato beetles believe our tomatillo plants
are their personal honeymoon suite. If I miss an egg, they turn into
a maggot like larvae that leave a black inky goo when squished. 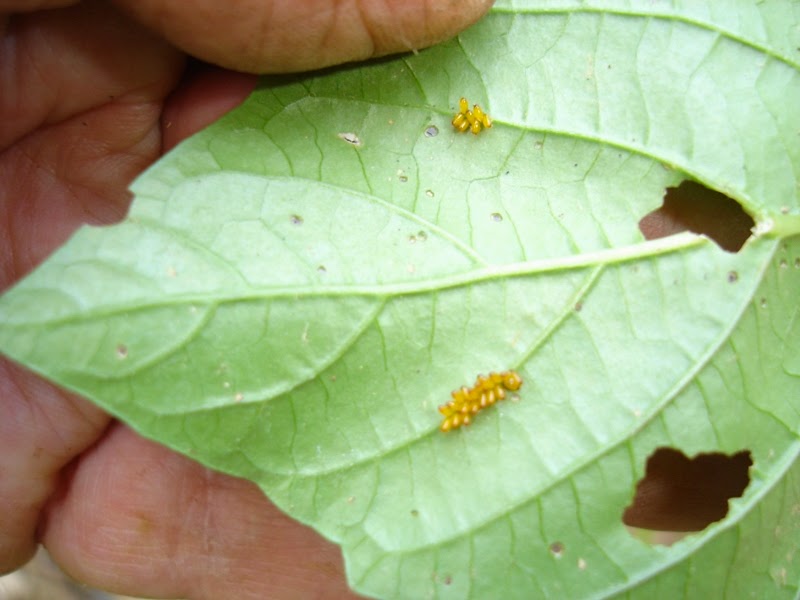 If everything survives, we'll be rolling in tomatillos, squash and tomatoes.

I have the square foot book but have not planted that way. I used to watch the TV show and it would be a neat way to grow if I was in town again.

Looks pretty good. A project and family being together on a recently lost loved one's place. Sweet!

We are square foot gardening this year too. I got so tired of endless rows of weeds that need to be pulled. This is so much easier!

I can barely get a small garden going at my house, much less take on one down the road. You're amazing.

I got your comment the other day on my old blog post. It prompted me to write today. I switched to Google + a month ago. It seems to have prevented my blog from showing updated material, at least on the two blogs I checked, yours and Nick's.

Good to hear from you again.