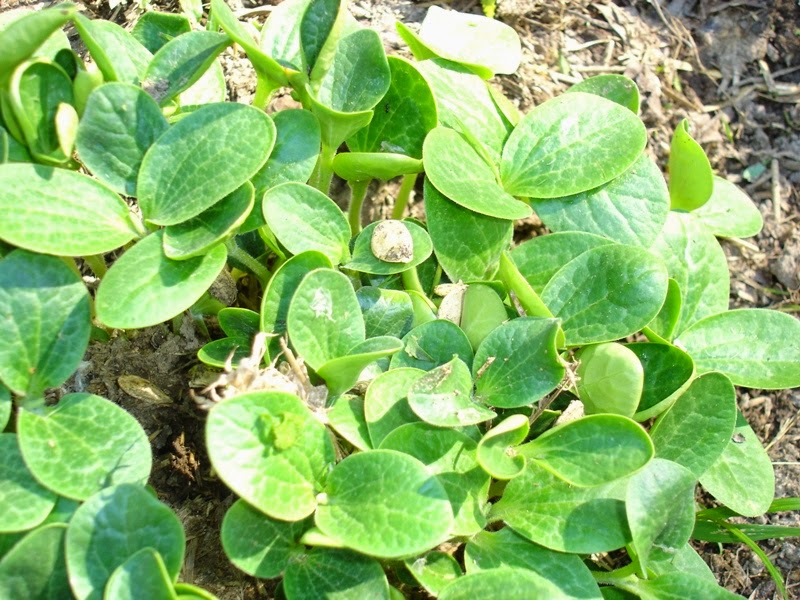 We let the kids smash the pumpkins, and this happened!
For anyone that remembers, I had pumpkins grow up my cattle
panels  by mistake.  This one was an Oh Oh moment!
They grew so well that I had pumpkins galore.
They overwintered on the front porch or
decorating the dining table - all winter long. 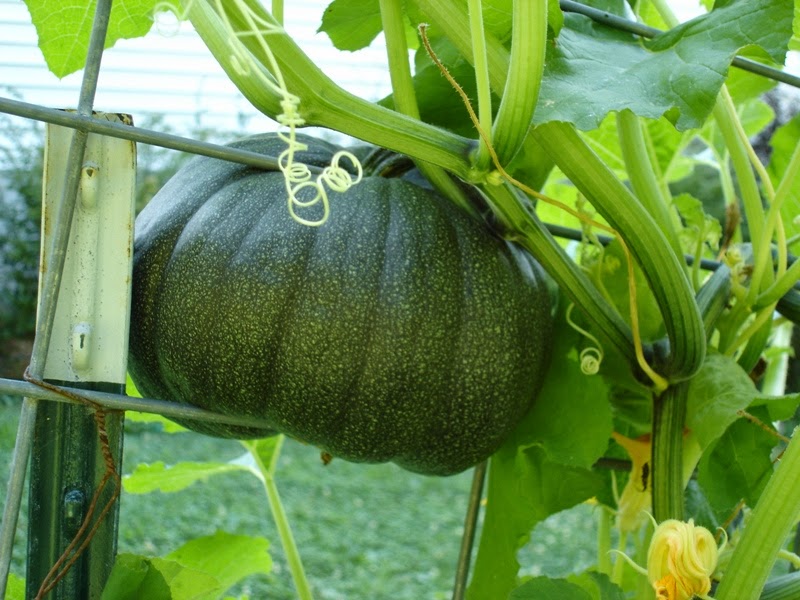 That being said, I had six or seven pumpkins this spring,
a couple in various stages of decomposition, but mostly in great shape.
My granddaughter, Taylor, and her cousin, Gabe, were here
while we were tending the garden.  We brought up the pumpkins
and let them have at it, assuming we would get a few that grew. 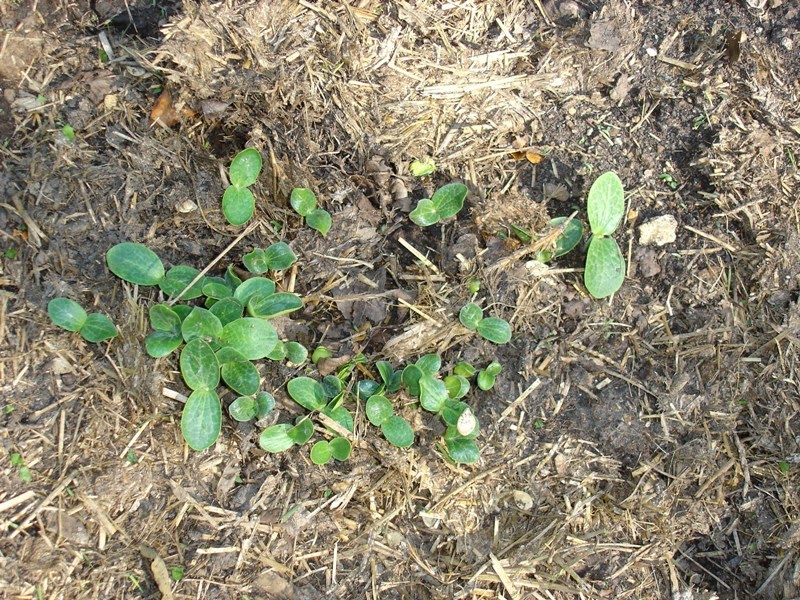 They stabbed.  They chopped. They smashed.
They GREW!
ALL OF THEM.

I have about six patches of pumpkins to thin down to few vines!
I offered some to the neighbors.
I'll offer some to my brother/sister-in-law.
I'll spread some about in the woods- who knows, maybe they will grow.
Will I ever get them untangled? 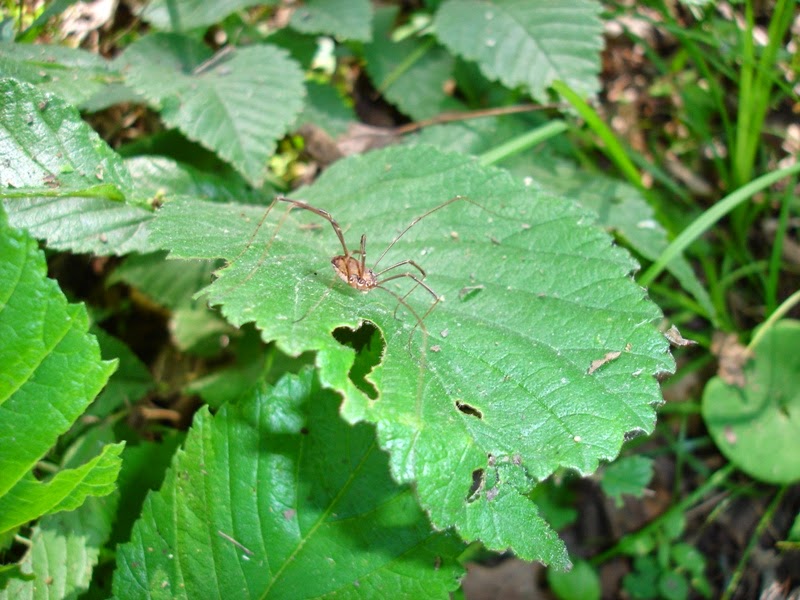 Our Garden Visitor can keep an eye on them for me.
Spiders love pumpkins, at least at Halloween.


Posted by Kathy Felsted Usher at 7:27 AM

You must have the perfect ground for pumpkins, mine seem to struggle but I did have summer squash come up from last year.

Hey, as long as they didn't cross with anything else, you've got free pumpkins!

Some of the blogs I read from Australia, they make all kinds of food items out of pumpkins. I have had pumpkin bread but that's it.

Have a great week!

Oh wow! I hope you're ready for all the pumpkin you are about to receive!
You will no doubt be eating it?
Pat