Finding a Thief on my Back Deck 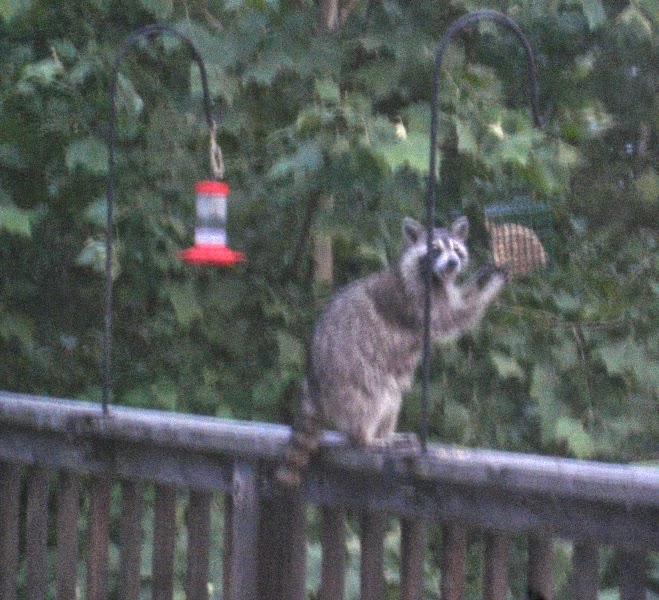 He is "Wanted" in almost every state.
Regardless of our efforts, the crimes continue
as the masked bandit sneaks around the house,
silently shimmying up deck posts with burglary in his heart. 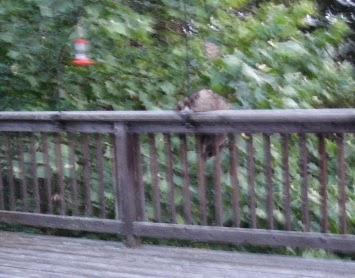 As if by chance, I discovered the scoundrel and  confronted him.
He stopped dead in his tracks, but for only a moment.
I could sense the smirk on his face,
His eyes say it all . . .  "  I'll be back." 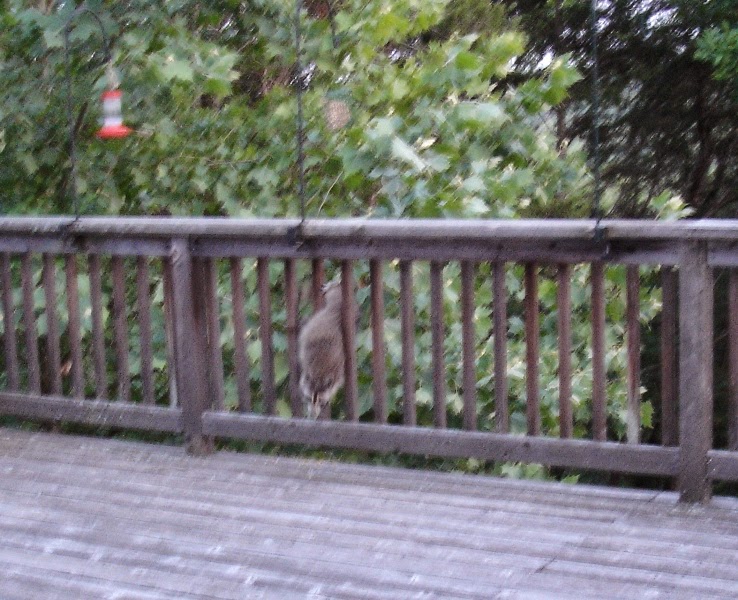 With a leap and twist he scurries down the deck rail. 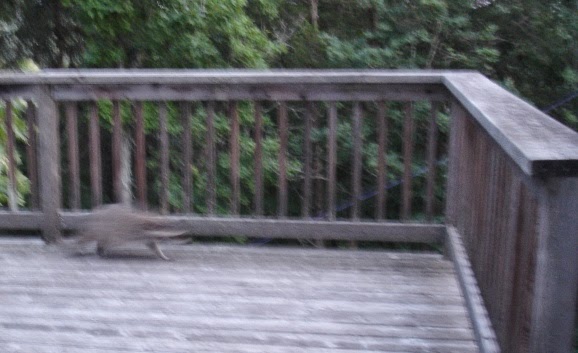 Faster than a speeding Kathy, he races to the edge 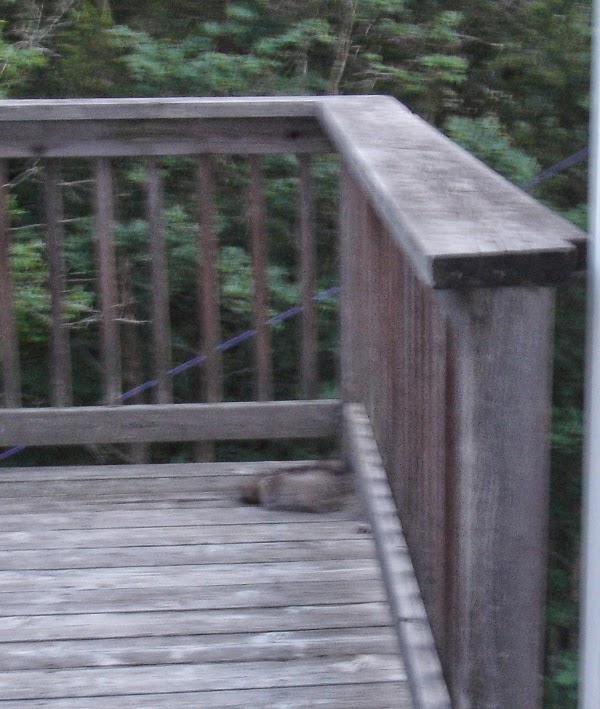 and ducks beneath the bottom rail.
Over the edge he runs and perches on the beam
with only a striped tail exposed.

I scold him.
I explain the suet is for the birds.
He pays no attention.

He'll be back.
I just have to remember to bring in the suet earlier.

Posted by Kathy Felsted Usher at 8:38 AM

Hi Kathy, I know they are a nuisance, bit like our squirrels, but they do look cute, emphasis on "look" as I know they can be vicious!! A favourite book of Youngest's when he was little was "Burglar Bill" and he has a mask just the same! Have a great day. Susie x

Awww, I'll bet that's a cute book. I really do love raccoons, if they keep away from my garden, chickens and the bird food! I let them share the leftover cat food on the front porch. They don't seem to mind if we're right there and sort of listen to us if we speak to them. That being said, I make sure to keep a little distance between us too.

They are my number one destructive pest, I would have blown that thing all over the yard with a 12ga.

We can't grow sweet corn because of coons.
But mostly we don't see them.
Good luck with your suet!

Funny - when I see those little buggers, I think what a warm pair of mittens they might make:) They really are awful.

I like raccoons. I feed them and the possums if they come up around the porch. They're related to bears, and are interesting animals. In general we all get along up here on the mountain top.

I saw an orange deer today. I don't mean sort of orange-ish brown like most white tails. I mean this doe was positively bright orange like a bottle of Whistle soda. I wanted to take her home with me....

Yahoo- orange! I would have liked to see that.

Harry- I talk to them at night on the front porch when they are eating any leftover cat food that might be there.

Linda- we don't even try corn, it's always eaten.