To Survive Until Spring 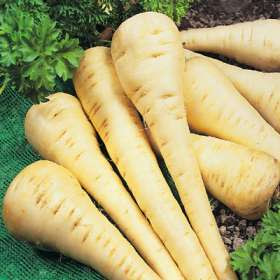 What would it take to survive until Spring?

The Scenario
It's the dead of winter and snow is falling, a good thing following the summer of the great drought.  You need to find more dry wood to keep your family warm.  You didn't cut enough last fall of course, last winter was almost non existent.   The economy has gotten worse, if you can believe it.  Few jobs, food prices are through roof and who would have planned for these power outages?  Utility company and municipality bankruptcies?  This never happened before.  Rations are starting to run low, even after stocking your pantry better than most.  How will you make it to Spring?
*************************

I looked at our garden in this year of excessive heat and drought.  I wondered, how would we have survived if it were 200 years ago, without Wal-Mart, grocery stores and fast food restaurants.  Even 100 years ago we would not have had the the ability to turn on our hoses for instant water.  What if the harvest had been poor the year before as well?  We need Food, Clothing and Shelter, the basics- add fresh water to that too.

What keeps us alive?
The cities  will have serious problems, not only food but potentially riots and widespread disease.   Even in the rural areas it would be bad, especially in more populated areas. There won't be enough wildlife to support the amount of food that would be required, especially if people had to do tasks manually. Clean water might be a luxury.  Unless you have spent mega bucks on preparedness, your food supplies would run out pretty quickly, and what about those that had not prepared at all?

What should I plant?
I ordered the Botanical Interest seed catalog and with sharpie in hand checked off the seeds that produce the earliest crops.  I have a garden center that stocks this brand so I purchased a few packets locally.  Anything they don't have I can order.  I want to select heirlooms when there is a choice.  Our volunteers from last year are from heirloom seeds. Don't choose Genetically Modified (GMO) from any seed catalogs.  I don't think Botanical Interests has any GMO.  I needed to plan against time- what crops come in the earliest or last through the winter without canning or freezing?  Just in case.

I stumbled onto parsnips, which I have never tasted in my life.  From what I have read, these are slow to grow and best harvested after a frost, even better if overwintered which allows the starches to turn to sugar.  They can be eaten in soups, stews, mashed, roasted and in stir fry according to the package.   They require some depth that I don't have with my rocky soil but we have come up with a possible raised bed plan that is cheap and easy.     That's a good start.

I have identified a bed of purslane and several other edible "weeds" but I hesitate to taste anything I am not certain of.  I did purchase some purslane seeds, just in case it doesn't come up next year.  I also have my herb garden.   For longer season vegetables we have tomato seeds from heirlooms so they will come up next season and of course several bean varieties- which I have yet to eat thanks to birds, deer and beetles.

We are well stocked for normal times.  We dehydrate, can,  freeze, vaccum seal, hunt plus have some canned goods and dried beans on the shelves when we hit a good sale.  If things change, well, what's normal suddenly changes.  There would be a lot of adjusting to do so my theory is to practice now, while we're ok.  We might not cover all the bases, nowhere near, but we might be more prepared and less panicked if something did change our normal way of life. 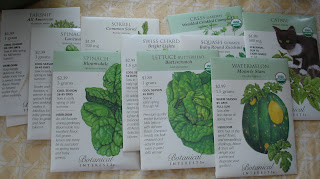 Good post Kathy. Our society as a whole has become complacent about being prepared and being able to take care of ourselves.
About parsnips, they are wonderful! I love them in anything that you would make with carrots! :)

Great post, and great to think about how to supplement long-term storage items with fresh produce. You are right; it is important to be familiar with how to survive on food storage/garden-fresh foods before the need arises. I need to start planning my fall garden soon--thanks for the reminder!

Greetings, I linked over from Georges Grouse. I will bookmark and check back.

Parsnips is in that category of food that would keep me from eating it unless I was starving. Maybe my memory is wrong. Maybe I never had any that had a chance to sweeten up.

I also seem to remember reading that radishes can cause some kind of soil issues. I enjoy them but some farmer was complaining.

I guess I would watch the animals and eat what they eat. I see deer dig up roots all the time and munch on them. There must be something going on underground that's worth investigating. Other than that, I guess I would just have to kill whatever critters I could and be primarily a meat eater. I don't know how to do anything else. Meat, potatoes, and wheat (for bread) are all I really need. I could survive quite well on those. If I could live near the sea and manage to get a little salt from it and some occassional fruit from trees, I'd be right content.

Raccoons from what I hear but I'm not certain. You can't eat everything that animals eat though- example goats can eat poison ivy, the urushiol doesn't bother them. I'll have to look into it.

From everything I read they help keep soil from compacting and can help keep some pests away. I read that they let Daikon radish rot in the ground for better soil- it's deep and brings up water and nutrients through the leaves then the leaves are tilled under to put those nutrients back into the soil. I can't grow this kind here unless it's in raised beds.

I really enjoyed this post and it got me to thinking. I was excited that I was better prepared during the recent storms when electricity was out, and the stores were empty but I have a long way to go!

I've never tried a parsnip either, but I think I read somewhere that they make a feed for animals, if you have any, like cows or pigs or something.
I had not thought of looking at seeds this way, thanks for pointing it out.