It's a Little Warm Here 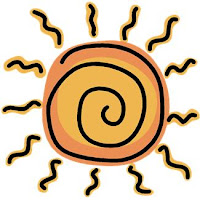 It's a little warm these days, temperatures in excess of 100 degrees is unusual for our area.  While the reported temperatures have hit 108 some areas have exceeded this, in fact, my  Jeep registered 109 just yesterday.   It's starting to affect electronics as well.  My dash lights were dim in the middle and  dials were not working correctly.  Can I use that excuse if I'm picked up for speeding?  (LOL)

We've hit the point where no matter how much we water, the heat has stressed the plants too much.  Bushes and trees weep, leaves withered and fading.  I'm not sure if we'll get anything more out of the garden if we don't get rain soon.  I can't keep up watering everything we have and if push comes to shove, the permanent bushes will win out over tomatoes especially since I have so many dehydrated and canned.

I will say we have a bounty of acorn and spaghetti squash, thanks to a little duct tape for removing the squash bug eggs.  I can't believe how much I like acorn squash with butter and brown sugar. I guess they are mostly mine, the hubby likes a plate of meat with meat side dishes and perhaps a meat pie for dessert!

I can't believe I'm saying this but I hope we have lots of snow this winter to replenish what we have been lacking.  The wells in some areas are not keeping up.  We're lucky ours is deep.  I hope you all are keeping cool.

St. Louis is seeing some unbelievable heat this summer: On Wednesday, the city hit 108 degrees, says Weather Underground meteorologist Jeff Masters. "This marked the 11th day this summer in St. Louis with temperatures of at least 105 degrees," he says, "beating the old record of 10 such days in 1934."


There was some relief in St. Louis on Thursday: the temperature didn't break 100.

Twenty-four people have died from the heat in St. Louis so far this summer. 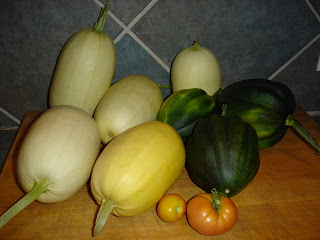 A lot of the blogs I read have given up on their gardens until it cools off some.
Good you got something! :o)

I'm sick to death of it. I used to always say that I took the heat pretty well. I can work in 95% temps without much problem except for the fact that it drains your energy, so I'll often work half days when we have a heat wave going.

This year though, has is something different. Even I can't take much more of this. I was supposed to work a job on Wednesday that turned out to be much bigger than I thought it would be. (I usually just bid them over the phone.) It was supposed to be 108 that day as it turns out, so I asked the owner if I could do it Saturday instead when it would be a little cooler while I went across town to finish up on another job that I only had a couple of hours left on. They actually weren't very understanding at all. You'd think that when it's 108, people would be more sympathetic.

Wow, that's brutal. It's been hot here too though not that hot. Being on the coast kind of moderates it a little. We've had a few days over a hundred.

Kathy, I am sorry to hear you are having such hot weather. We in SC are having one of the hottest summers I can remember in a long time. My electric bill is out of sight and have lost several trees and won't mention the loss in flower beds..I hope it lets up soon for us all. Your vegetables look good in that picture.
Dolly

Yes, Tom had to finish up a deck the last couple of days while it was hot like that last week. No air movement because it was a dark desk sandwiched between walls (stone?). Tom loves heat but this got to him. Maybe you should have had the client out there with you for an hour or so. They might have changed their minds!

I don't mind losing flowers or even some of the vegetables but the trees I do mind, especially my mimosa. I need to put a sprinkler on it, the poor thing has lost all its leaves. I have to keep the bushes in front of the house too because it will take years to get them back. Really, the squash did well.

I'm hoping fall is better. This drought is going to really hurt us at a bad time. I'm sure prices are going to skyrocket.