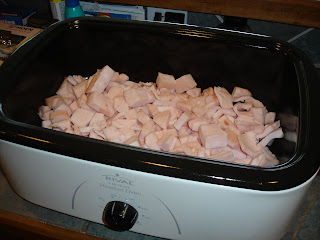 One of our challenges of the week was learning how to render lard. The price of Crisco is now about $6 or better for the 3 lb tub. We processed this for less than $1 per pound plus minimal electricity cost. Don't forget, Crisco is whipped so it's full of air which is why 3 lbs looks much, much larger than our jars which are dense- all lard, no air. We'd almost have to melt the Crisco to compare.

We started out with pig fat from our local butcher who is out on the backroads of our rural community. My husband cut it up and put it into the Nesco cooker since we didn't have the time to do it over an open fire. 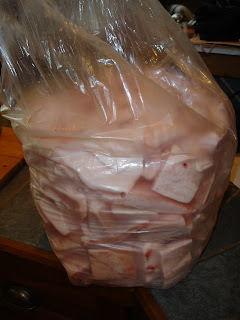 It started as a 24 pound bag of fat and we still have almost all of it left after making two jars of lard which is a total of about 4-5 pounds. The rest is in the freezer waiting for the next rendering. 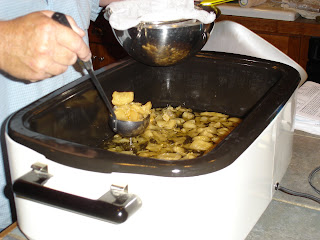 After cooking down for six or seven hours, about 325 degrees, the fat cooks out of the material that is not completely fat. It's called cracklings. You scoop out the cracklings once they start sinking to the bottom then strain the fat through cheese cloth. 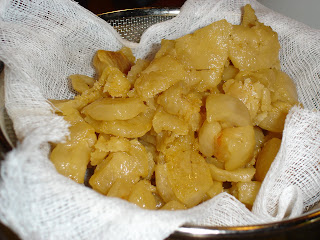 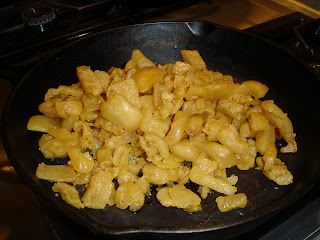 These are sort of like pork rinds but they are not the skin. I don't care for them at all but we thought we'd see what would happen if we fried them. 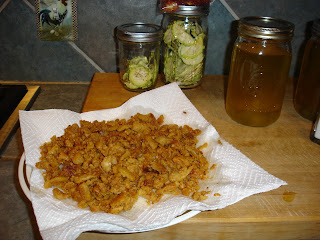 They are done but not so good- the kitties, opossums and probably a raccoon or two had dinner. 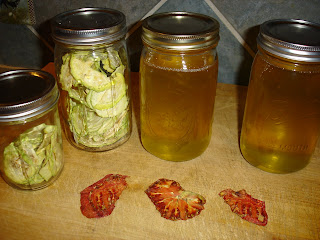 We put the rendered fat into canning jars to cool. We'll keep this in the fridge so we didn't can it. I thought it could keep the dehydrated zucchini chips and tomatoes company. The zucchini chips were dried with a variety of seasonings: one with pure salt, one with garlic and the last with Montreal Steak seasoning. 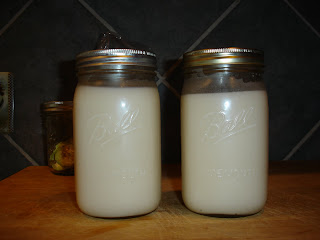 Once cooled, it looks just like Crisco, but better for you believe it or not.

According to Nourished Kitchen:
Pastured lard is a remarkably good source of vitamin D and of monounsaturated fat – the same fatty acid found in olive oil and avocado that is heralded for its benefits to cardiovascular health. Odd that lard, given its fatty acid profile and vitamin content, earned such a bad rap over the last few decades. Like many wholesome, nourishing fats, lard seems to have been swept aside for a time, but it’s quickly earning a much-deserved renaissance – ensuring that taking the time to learn how to render lard is worth your effort both in terms of its redeeming nutritional value as well as in celebration of the wealth and variety of your local foodshed.

My husband is excited about our Homestead Challenges. He's ready to bake a pie, make some biscuits and fry some chicken. Sounds like a good meal is on the horizon!

Email ThisBlogThis!Share to TwitterShare to FacebookShare to Pinterest
Labels: lard

This is so cool! I am going to try this one. Thanks for sharing!

No, they don't have to be kept in the fridge, I just meant they could keep them company on the counter while the lard cooled off. We did the tomatoes last year and they stayed in our spice cabinet just in a zip lock bag. I've not done the zucchini before, they are chips but not as crispy as the tomatoes. I am not certain if they will last on the counter in the jars. I was thinking that you could always put them in a vacuum sealed bag in small quantities to make sure.

We are butchering our pigs in 2 weeks -- never thought of the Nesco....that's how I will do it. Thanks!

It has a strong smell inside, just so you know. Not that it's "bad" but definitely smells like you are cooking pig. We're supposed to be getting a hog in December or January, friends raise them and the feed so we know it's good stuff!

I'm still trying to get over the "pork and all pork products are bad for you" belief that my parents drilled into my head. They wouldn't allow any pork or pork products in their home when I was growing up (still don't). I have been reading lately how good lard is for you. Since I don't have a problem with butter, I don't know why I can't get my head around lard. Sigh.

I am facinated by the zucchini chips though. As soon as the herbs that are dehydrating in my oven, I want to try that today. Do you eat them as chips or do you cook them in recipes?

(coming over from farm girl friday. For some reason I can only comment anonymously when comments are embedded below the post.)

We have been eating the zucchini chips like potato chips, although not as many! My husband says he eats a few if he feels a little hungry and it seems to satisfy his snack attack. I think we will also use some in recipes too, just haven't yet.

I would love to try to render my own lard. Thanks for sharing this great post on Living Well Blog Hop!