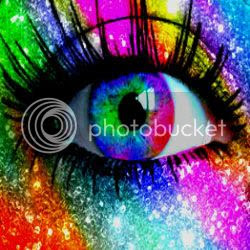 I look absolutely horrendous, terrifying in fact. It was a normal night, nothing special, but when I looked in the mirror the next day there it was staring back at me- big, red and ugly! It's a gigantic, terrible, scary broken blood vessel in my left eye and I have to go to church! I'm in luck though, it's pretty high up, almost in line with the eye lid so I might be able to pull it off, which I did but only by a hair.

Later that day I walked by the mirror and caught a glimpse of my eye. Aaaaaahhhhh ! It's spreading and spreading and spreading. There's a purple bump under my eye lid, that's where the vessel is broken. Now the entire half of my eye is blazing red and I'm looking like something you don't want to see in a dark alley not to mention a brightly lit room. I'm afraid I'll scare small children so I keep my eyes slightly lowered appearing as if I am searching for a lost contact lens-for hours at a time.

At work they give me the third degree: Do you have Pink Eye? Are you sick? Did your husband hit you? No, no, and of course not. I'm trying out for a part in The Terminator 5, what do you think! I have a broken blood vessel and I hate it. It's a bit sore too, not painful, more like swollen and a bit gritty.

I called the eye doctor, even though I scoured the internet and found out that there isn't a thing in the world they can do for it except wait it out. I spoke to the technician who was so encouraging. "Oh, it may get a lot worse before it gets better," he tells me. "Not to worry," he adds, "it will be better in a couple of weeks." Great, don't worry. He doesn't have to wear this blazing beacon and lead training sessions as I transition out of my old position, handing off my accounts to several others.

My husband tried to cheer me up. He e-mails me suggesting I wear a patch over my eye and tell children that I am Mrs. Crabs (SpongeBob SquarePants). "Ha, ha, ha," I e-mail back, "you're so funny." I think I'll stick with the Terminator thing. That being said . . . . I'll be back.

Poor you! Funnily enough I watched Terminator 1 the other night on TV and thought Sara Connor reminds me of you, what with all her preparations for the possible end of time etc.
I had a benign lump under my eyelid for nearly two years! People kept saying I had a sty, in the end I just said "Yeh" cos it got soooooooooo boring trying to keep explaining. It's nearly gone now. Your eye should be fine in a week or so. Eat some greens (not eggs!)and exercise the eye to get the fluids moving, for eg: blink twice a day, every four hours ;).