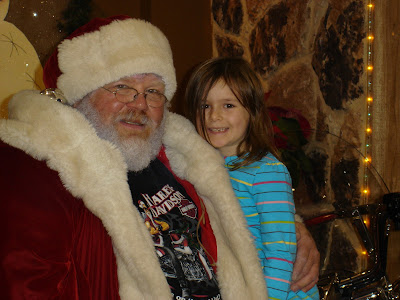 This is a repeat post of our December 2007 visit
to Santa during a horrible ice storm so our
three year old granddaughter, Taylor, would
not miss telling him what she wanted for Christmas.

It was a day of discovery both for a young girl
and also for an old grandma.

How was I going to break the news that we just couldn’t make it?  She truly is a fine girl.  One of the most well behaved children, kind and sharing.   I don’t say this simply because she is my grandchild, it was a concentrated effort of all parties involved to set limits, examples and actually provide discipline rather than have a kiddie free-for-all that is so common these days.  Then it hit us- 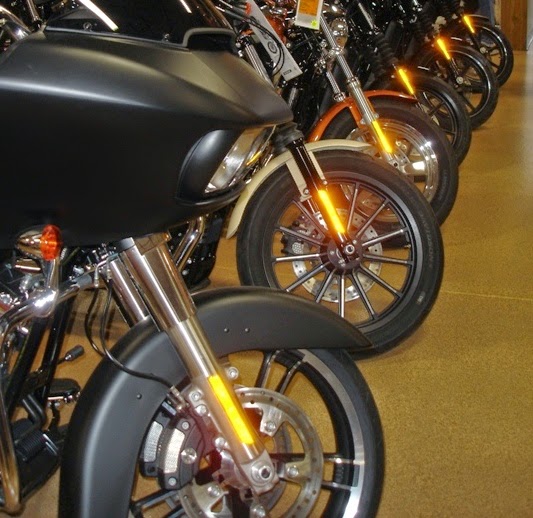 You can't always tell, can you. We have a recluse who lives on the lake that used to be in the Hell's Angels. He must have had a very hard life. Most people think he is crazy, and I'm sure he is a bit. Drugs and alcohol have taken a big toll on his appearance and demeanor. But if you take the time to listen to him, he is now deeply concerned about the environment and very creative in making a life for himself out of discards and a very small old age pension. - Margy

I never was into motorcycles, and I sure avoid large groups of them. But this worked out ok for you folks and maybe at Christmas even the bikers are more sedate.