No Problem, I've Got Nine Others 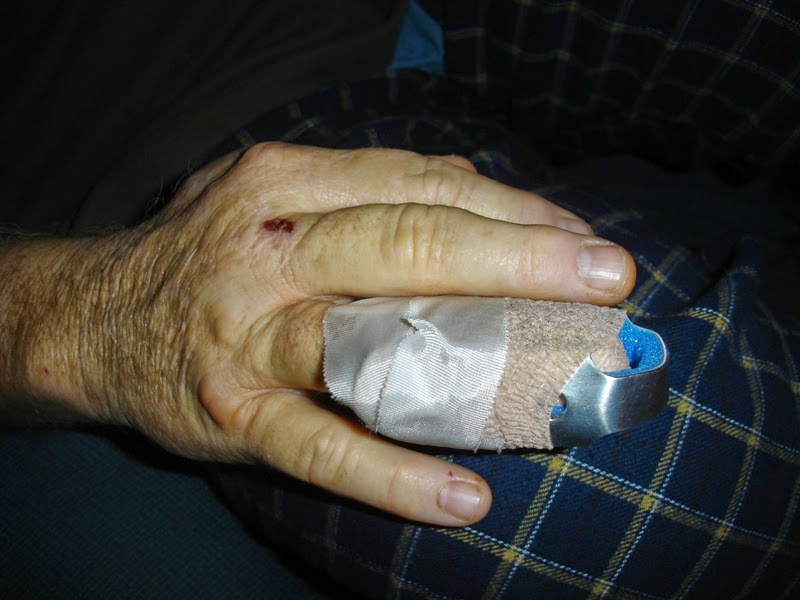 It is so comforting to get a call at work from my husband
and his first words are
Look Up Mercy Clinic- find the closest one!
Huh?

No problem, I've just about cut off my finger and need
stitches, he tells me.
Go to the fire station, it's only 3 miles away,
not 20 like the Urgent Care, I say.
No, just look up the address and hurry, he says,
since the blood is dripping all over.
Oh, and I hope I don't pass out. 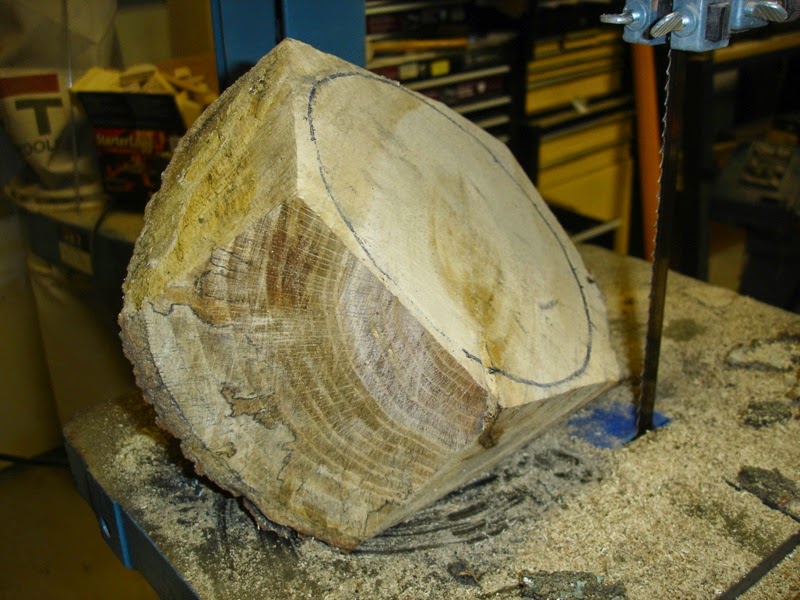 As many of you know, he is woodworking and has been
a carpenter for over 30 years so he's used to
tools.  There's always a chance of injury and for
the most part his have been not too, too serious.
Until now.

He was making a bowl out of some of the wood
from our property .  We have lots of hard maple and
white oak plus sycamore and cedar.
Now I won't explain this right, but from what I gather,
the blade got jammed as he was cutting around something
and kicked everything sideways, pulling his hand with it. 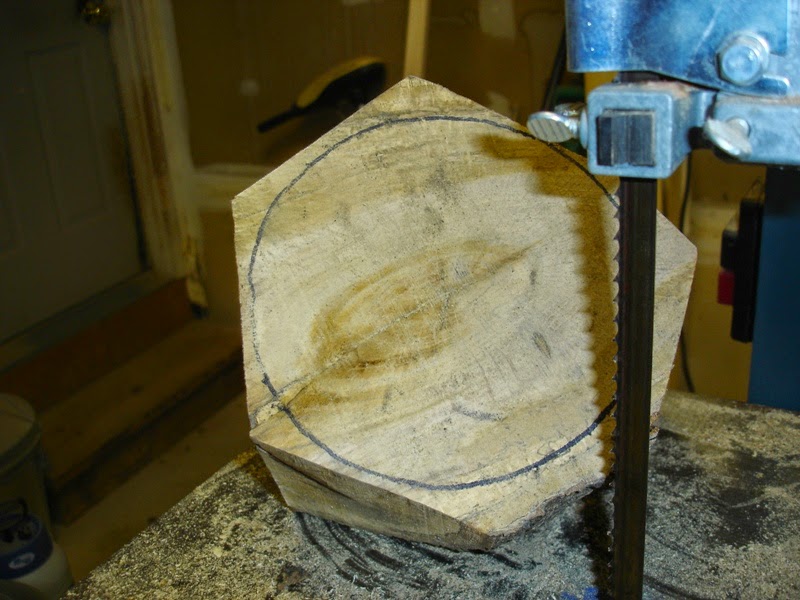 It sliced down his finger following the nail and
then a little sideways, cutting through the bone and
crushing it.  He had the sense to wrap it
properly and clean out whatever wood was left in it
before going to the doctor, a little CERT training
kicked in.  The Doctor was pleased as it was
the best thing to do if you can stand to
watch your finger split in half!

The bad thing is that it took 25 shots to try and
numb the pain.  He is one of the very few people
that are unresponsive to the "caine" drugs such
as Novocaine and Lidocaine.  It makes sense
because the oral surgeon could never numb him
either.  The people who are likely to have this also
have joint connectivity issues or ADD (/ADHD),
both of which I suspect exist in my husband.
So, his hand was on fire for most of the day and night
but he is feeling better today.  It still hurts but
not the red hot pain of yesterday.

It is causing some other problems such as
showering (keeping it dry), buttoning and raising
and lowering the foot of his recliner.  I won't even
talk about the bathroom!

He's getting by and hopefully this will be healed
enough for him to work after the holidays.
The good news is that we may have used his deductible
already and this one will be on the house!
Probably not though, it always has a way of costing money.
I swear I am going to wrap him in boat bumpers and
bubble wrap, plop a helmet on his head and give him
chainmail gloves.  He already has the steel toe boots.

I guess he'll finish that bowl after the stitches are
removed and the metal splint is off.  I can hardly
wait to see what this one looks like!

He'll never be able to be a hand model again!
(unless it's the Before photos)
LOL 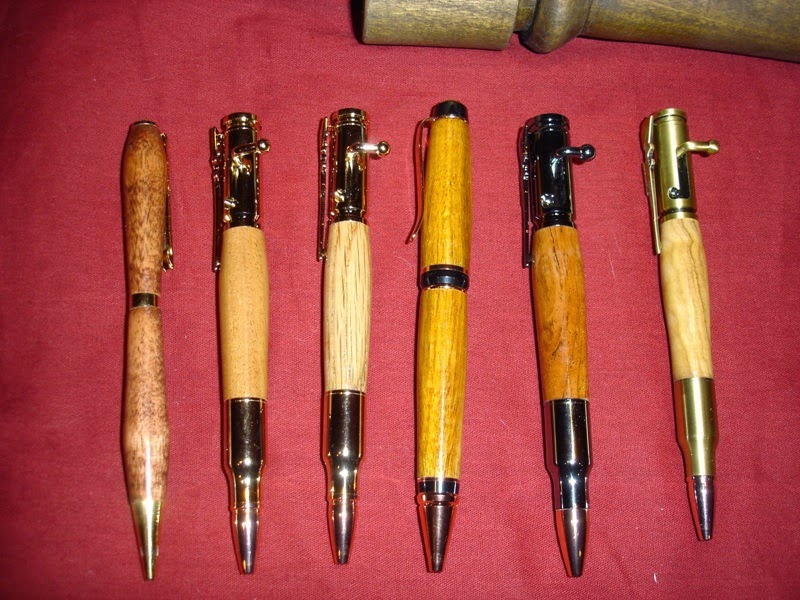 Here are some of the pens he has been selling,
the bolt action ones seem to be the best sellers
especially to hunters and anyone wanting a novelty pen.

Your hubby and I have fought the saw, but the saw won. (It was a sawmill that rearranged my left thumb.)

Oh, ouch! My dad was huge into woodwork. When he was in high school he cut two fingers through the bone on a band saw. They reattached, but in those days (probably about 1930) medicine wasn't what it is today. He wanted to be a carpenter, but that changed his mind and he became a teacher. But he still had his band saw, lathe, jigsaw, and whatnot in the garage and continued to make beautiful furniture and household items. - Margy

Saying a prayer for you that your hubby heals quickly.
Have a blessed Sunday.

The pain numbing stuff doesn't do much for me either. When I got my toenail cut off a year or two ago, the doctor gave me injection after injection. The pain wasn't bothering me that much, but he wanted me to have ZERO pain, and it just wasn't happening.

After 15 years as a meat cutter I still have all my digits. After 21 years as a window cleaner, I still haven't broken any bones from falls. I'll probably end up like General Patton and retire unscathed only to get creamed by a car a few months later. I hope you'll have better luck. Actually, I hope I will too!

Yikes! I hope he heals quickly and completely. That must have been a scary phone call.

Oh wow! Hope he heals well.
I'm wondering how he's doing now? I've had relatives and one friend who have lost digits. Hopefully, this will heal without any problems.
Those pens are cool and I bet they do sell pretty well with men~