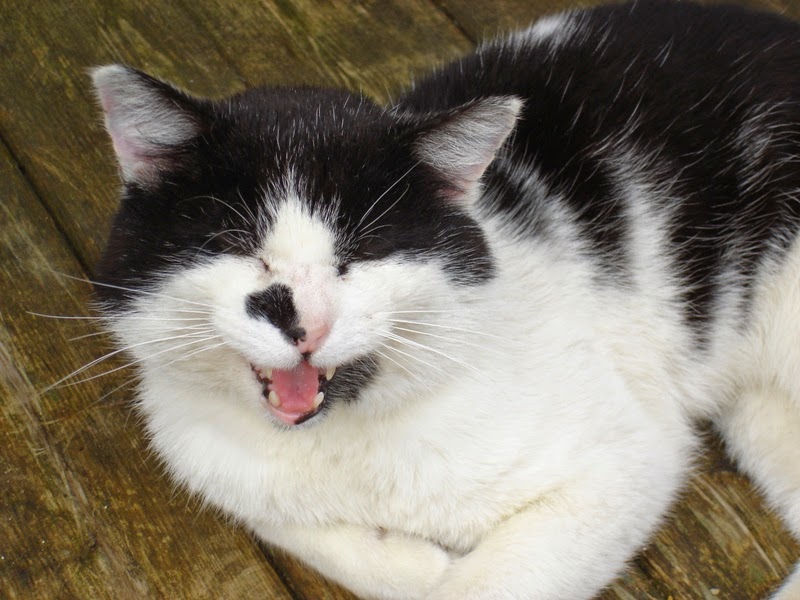 I lost Spot on December 23.

It wasn't unusual for him to disappear for a day,
to tangle with any strays that might wander into
the yard, or go seeking trouble on his own.
So it didn't really surprise us when he limped home
the evening of the 22nd.  There was no visible signs of
trauma, no blood, no broken bones or yelping when I
picked him up.  We determined he may have twisted
something and would be fine in a day or two. 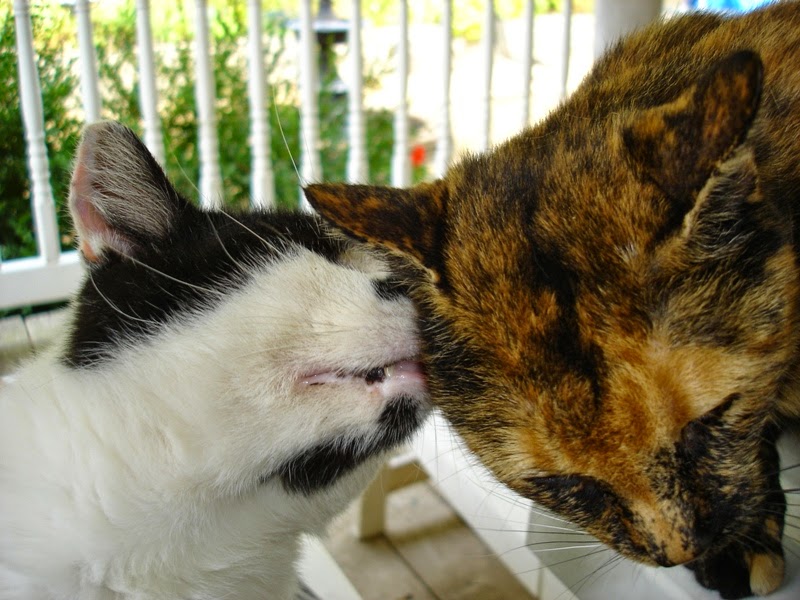 I made  him a little bed out of my old sweaters piled
into a box.  He walked in, got comfortable and
purred as I sat petting him.
The next morning he wasn't in the box so we
figured he was feeling much better and went out
for his normal stroll around the property. 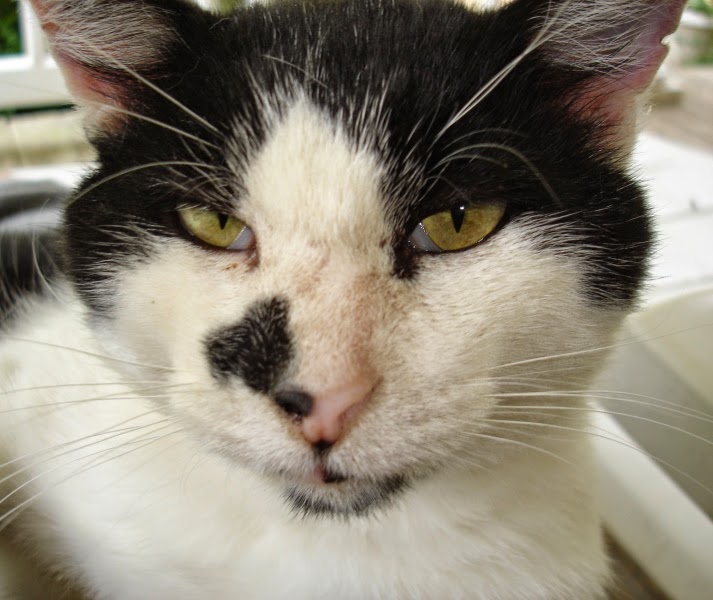 It wasn't until I returned home on Tuesday evening
that I found him lifeless under the porch.
I took a flashlight and checked him out carefully,
still nothing to say what happened.
Now we figured he may have gotten into something
poisonous or caught a mouse that had been poisoned.
We will never know.

I had to bury him Christmas Eve morning.
We live on a rocky ridge with little to no deep dirt
so I wrapped him in one of my old sweaters,
closed up his box and took him up to the
garden when Lizzie cat is buried.
Tom gathered stones and brought a couple
of loads up with the tractor and we built a mound
of rock heavy enough so the animals can't disturb it.

He was our only male, one of many strays that
stayed on with us.  I would say he was my cat
but really, I was his person and he knew he  had
dibs on my lap  as we sat around the fire or
under the cover of the front porch.

It wasn't the Christmas gift I was looking forward to
but at least he didn't wander off as
some of the past strays have,  where I call
for them for days upon days.

He was a good cat and I'll really miss him. 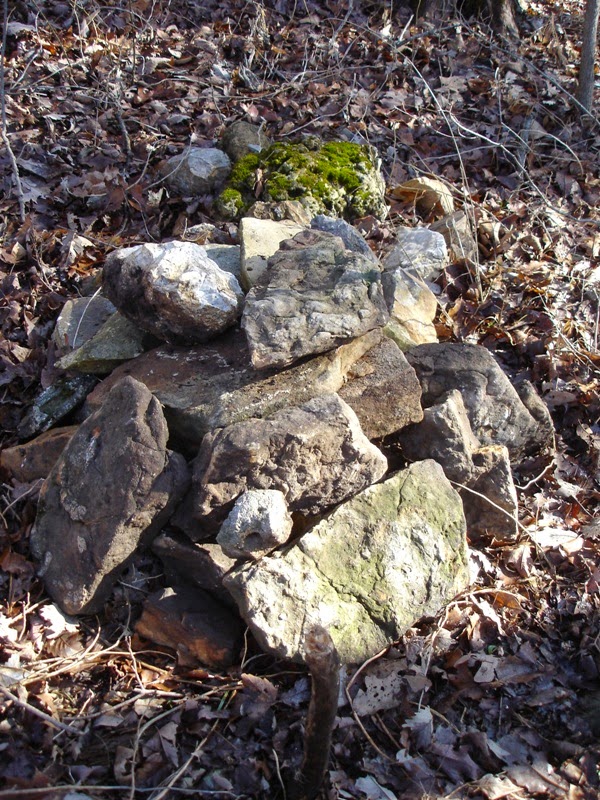 Posted by Kathy Felsted Usher at 5:38 AM

Reminds me of our supervisor cats. It is hard to tell what happened, cats can seem to get into some strange predicaments at times. We have two left and will miss them when something happens to them out here on the farm. Sorry you have had such a sad Christmas.

Sorry for the loss of your little friend. Animal friends are truer than the human kind.

I buried my sister's cat last week too. He was 12 years old I think. He's buried by his brother in the side yard now. Both died of kidney problems, which is extremely common in cats for some reason. Fortunately we've had a lot of rain, so digging a grave wasn't difficult. We placed stepping stones over their graves so animals would have a hard time getting to them.

awww I am sorry. They leave quite a hole don't they. It is always nice to know what happens and bury them I agree. ((HUGS)))

It is always hard to lose a loved pet. It is even harder right now. I'm so sorry. - Margy

Aw. Kathy, yours is the second loss of family pet I've heard of this Christmas. Makes a sad start or end to what is normally a joyful holiday.
You will fondly remember him at Christmas time. Maybe a kitty ornament for the tree next year...
The rock mound has a 'tenderly placed' look about it.
So sorry to hear this news. :/