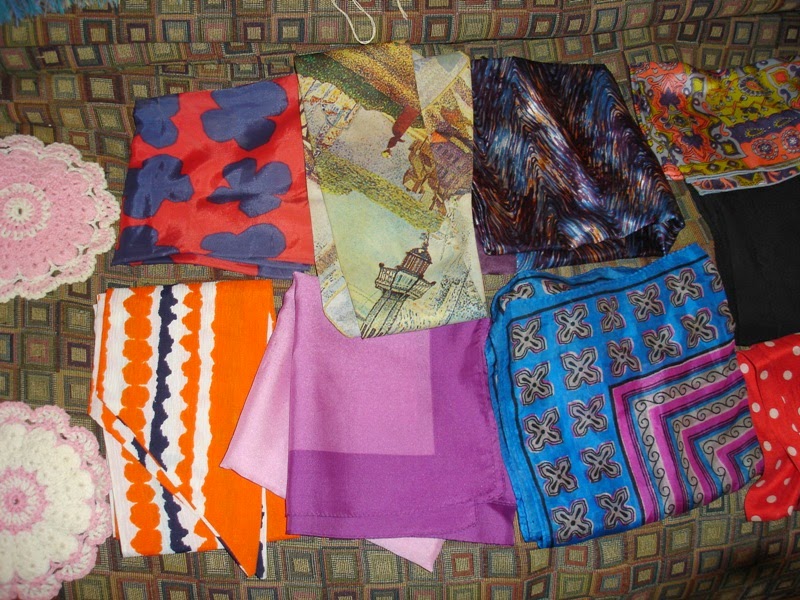 Preserving the Scarves
Drawer after drawer was filled with favorite pieces of jewelry,
old cards, letters, white dress gloves and clothing accessories
that were once favorites but now laid in drawers
gathering that musty scent that seems to attach itself to
items that are packed away for years on end. 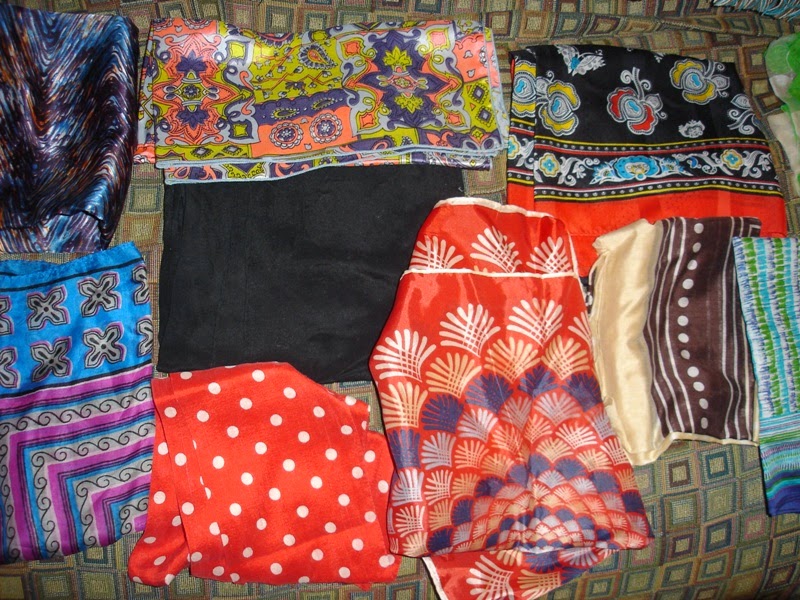 The girls began cleaning out dressers after my father in law
passed away.  My mother in law resides in the nursing home
and won't be wearing what remains in the house.
My brother in law and his wife recently  moved back to town
and will be staying in the house to care for the dog until
their house is built.  This has been a real help
since a house needs to be occupied and cared for.
It is right next door which makes it even more convenient. 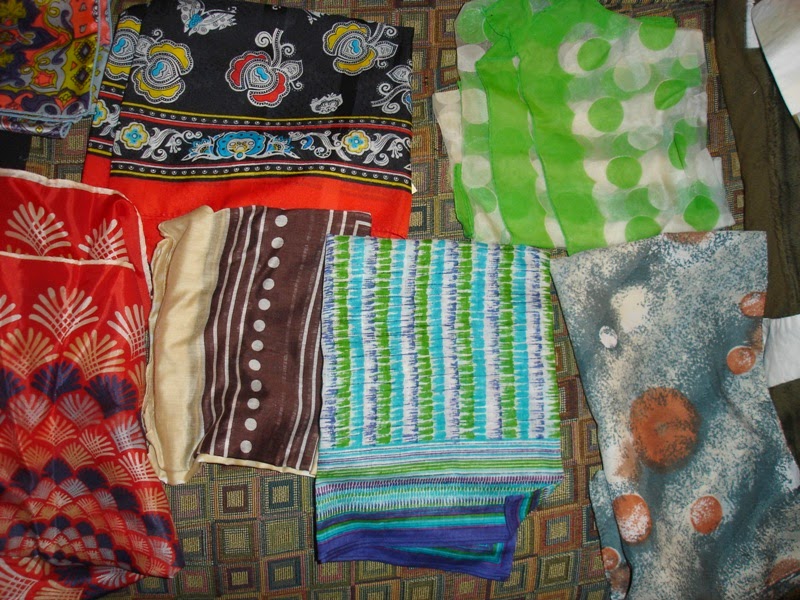 We've split up the items that each family will use.
We have items that will be donated but others are
either not the type of thing you would donate or
so personal that we want to save them but may not
actually wear them.  I've been looking at the scarves
she's collected over the years plus some vintage hankies.

I think I can make some type of memory quilt from  the
old scarves if I use a foundation piece.  I have seen
recommendations of fusible webbing or sewing them
to muslin before piecing them together. There are
also several men's ties that I could combine if
no one else wants them.  Not enough for an entire
tie quilt so mixing them would be a good alternative. 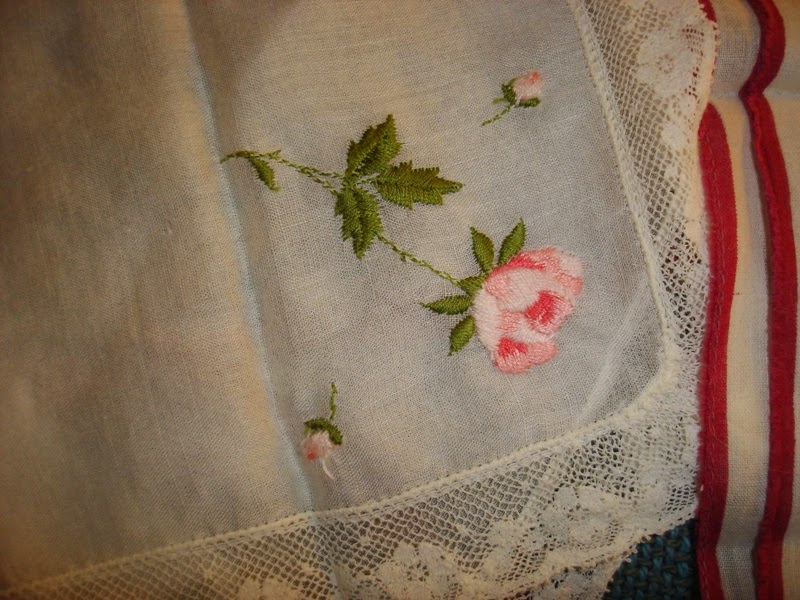 There are several pretty hankies, some pictured here
but not enough for an entire throw but perhaps
I can reuse them in other ways.
There is still more to go through,
but fortunately we have time.
I'd love to know what you would suggest. Posted by Kathy Felsted Usher at 5:26 AM

I would think the fusible route would make them much stronger than merely backing them.

I'm sure it would be better to use all that as you are, making them be useful, than just donate it to the Salvation Army or something of that nature. I hope when I can't live at home that all the things I have collected for many years will still serve some useful function.

I have seen others turn hankies on diagonal over a curtain rod as a valance which would be pretty.

I have used hankies for the woman's skirts in my needle work. The lace ones I made into small throw pillows for the bed. Now I am saving them to make a quilt out of. Every time I find one it go into a drawer till I have enough to make the quilt.

I have seen old handkercheifs framed and hung on the wall. They are so lovely, it does seem a shame to let them sit in a drawer unseen!