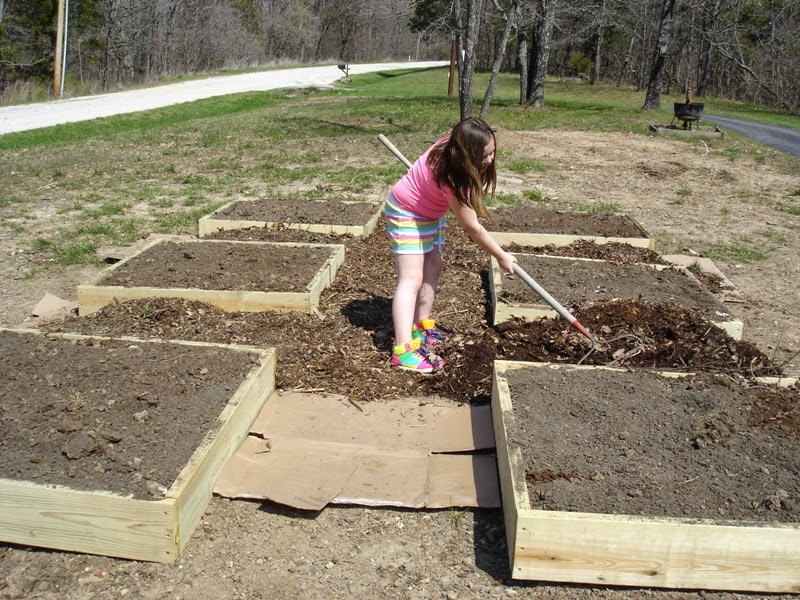 It never hurts to put a girl to work.
We created new planting beds up at my in-laws house in an area
that started out as a brush pile when the home was built.
My husband and brother in law put together the first six
4x4 boxes.   My husband wants to try the square foot gardening
method on one of the boxes and compare that method to what
we have done in the past.  My sister and brother in law are
selecting their favorites and I am certain Taylor will want a
a few plants of her choosing as well. 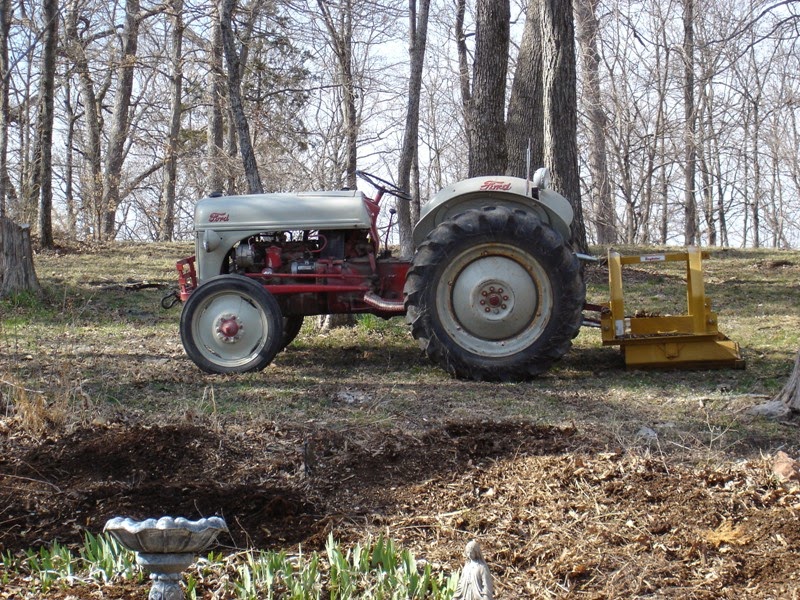 We amended the soil with compost, manure and peat ,
tilling it in so it is well mixed.  We lined the pathways between
the boxes with cardboard and then covered it with mulch
from our pile that has sustained us for the last three or four years.
My husband attached the dirt scoop, drove backwards into the pile
and then drove the mulch up the street to the boxes.
He was able to back next to the pathways and release the
scoop so most of the mulch fell where we could easily distribute it.

Taylor enjoyed driving the small tractor.  They were using the
blade to keep the mulch in an orderly pile. She tried the first
few times but my brother in law took over to speed up the process.

Up at our place, I've planted our small side garden with cold tolerant plants
such as spinach, radish and collards.  We're holding off until
next week to plant the larger garden since you just never
know when the last frost will be here. They say it is
April 15 but most say you should wait until May 1. 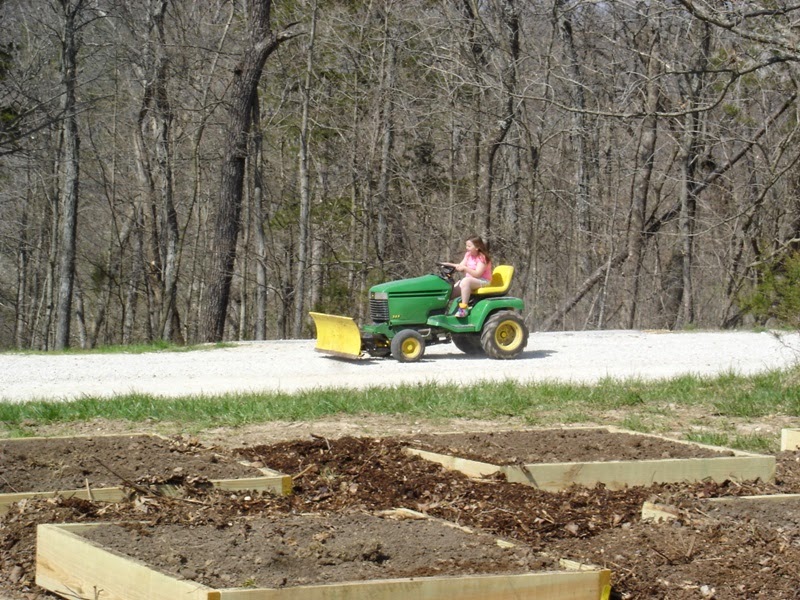 Posted by Kathy Felsted Usher at 8:18 AM

Hope you have a productive year in the garden!

I was reading a new "Survivalist" magazine last night, and thinking how things have changed. They used to be exclusively written by men, and were all about living in the woods, and guns, and knives.

Now a lot of the articles are written by women and they are much like your post, concentrated on domestic matters like raising food. I think the life style is probably stronger for the change, and certainly more resilient.

I certainly do like your tractors. I keep wanting to buy one but my wife is against it, the lay of the land here on the mountain is very steep and she is afraid I'll roll it.

Looks like she's having fun. :) Have a blessed Resurrection Sunday!

My wife wasn't sold on the need for a tractor, either. But now she's a convert.

Can't convince my hubby to do raised beds, if for no other reason than we are finding it harder to bend over and get up again.