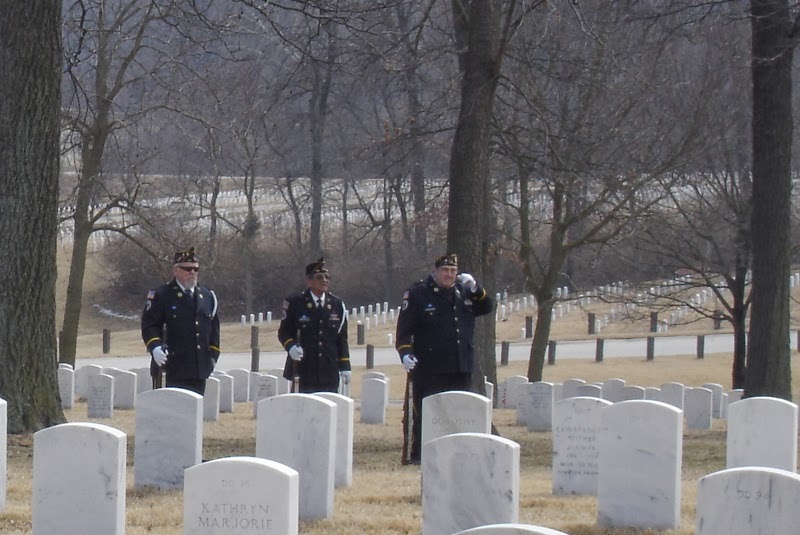 On March 1, 2014 Richard Usher, my father in law, passed away
after a short stay in the hospital preceded by several months of
declining health.  It was expected, yet unexpected. 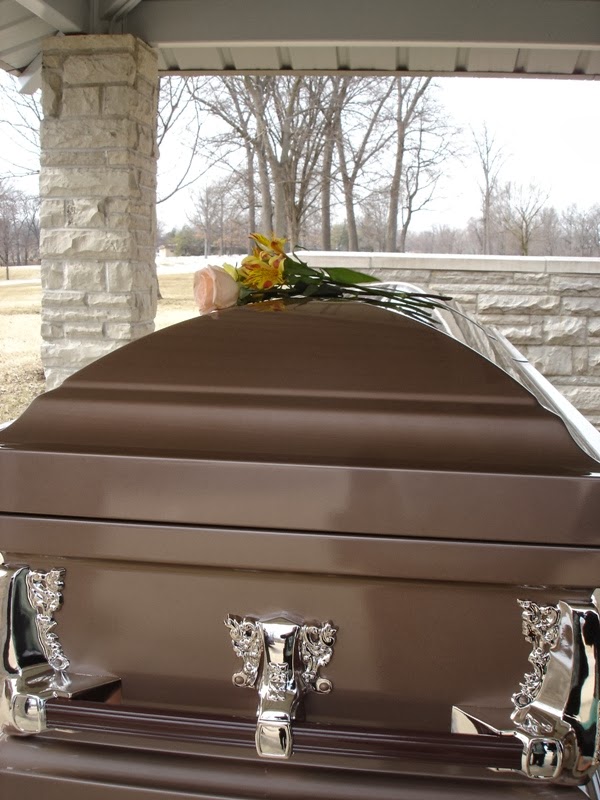 We sent him off exactly as he would have wanted.
A brief viewing at the local funeral parlor
with the Marine Corps Pass in Review. 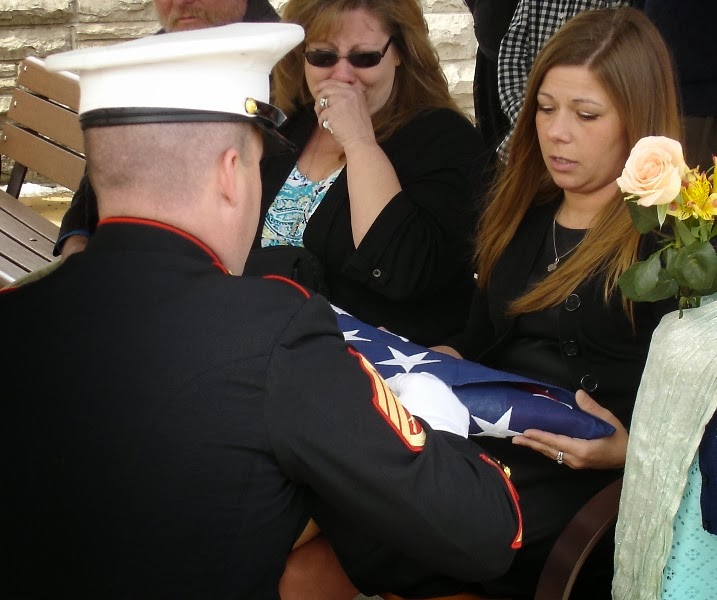 Then to Jefferson Barracks National Cemetery
for the gun salute and flag presentation to my daughter, Becky. 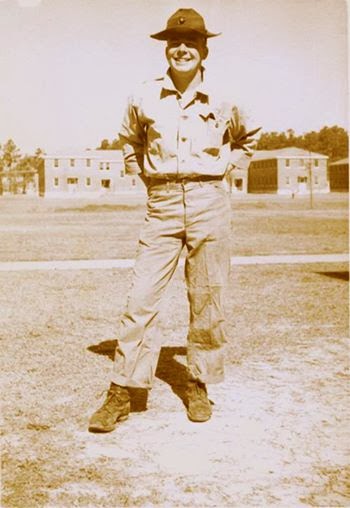 I began dating my husband when I was 14 years old so I've been with the family for a very long time.  We lived in the same subdivision, about six houses apart, since we were in second grade.  Dick was a great story teller and over the years we listened to his stories of growing up in Kerry Patch located in  North St Louis - back then a very poor neighborhood of Irish,  immigrants with a smattering of Jewish, Polish and Italian folks.  He worked as  tile setter's helper after dropping out of school at age 16 but joined the Marines at age 21, serving until the end of the war.  He met my mother in law "in a 3.2 tavern" and it was the beginning of a journey that lasted a lifetime and produced many great stories, in addition to a couple of great brothers:  Tom and Dan 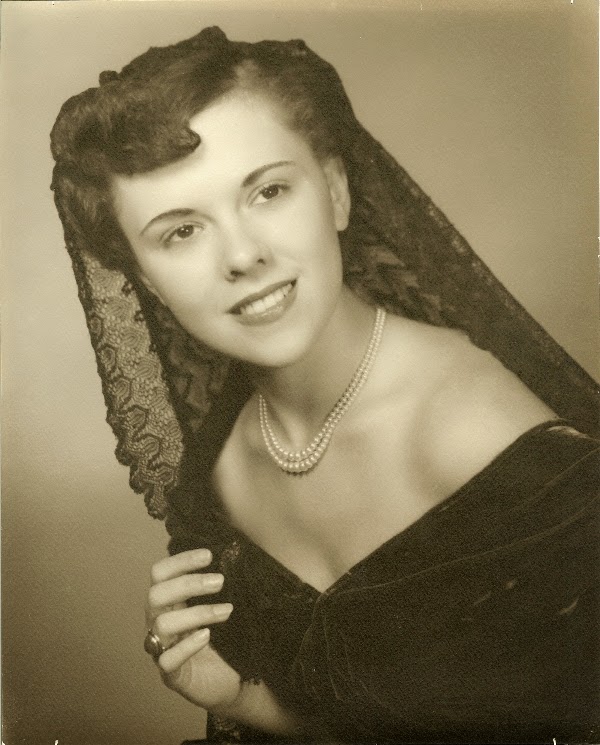 Before he shipped out to Korea, Dick hitchhiked across to country for a visit home.  Finally arriving, he had only 4 pennies left in his pocket.  His mother kept those pennies and to this day they hang in his bar area displayed in a simple frame.
His crew fired the last round in the war --  These are his words . . .

The Real Story of the Last Round Fired in Korea

The exec pit said to try to fire it out.  With a big grin on his face, he
said, “This is the last round.”

Jerry died some years ago, but the 105mm brass is engraved and polished in his family room. 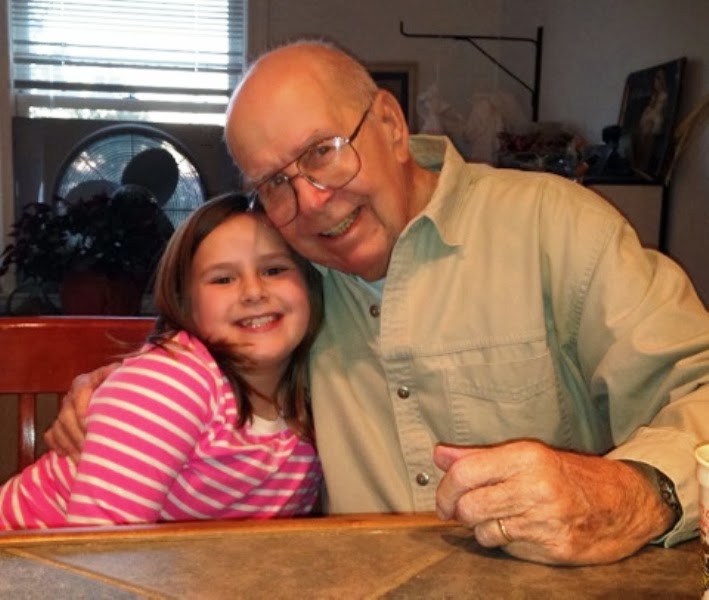 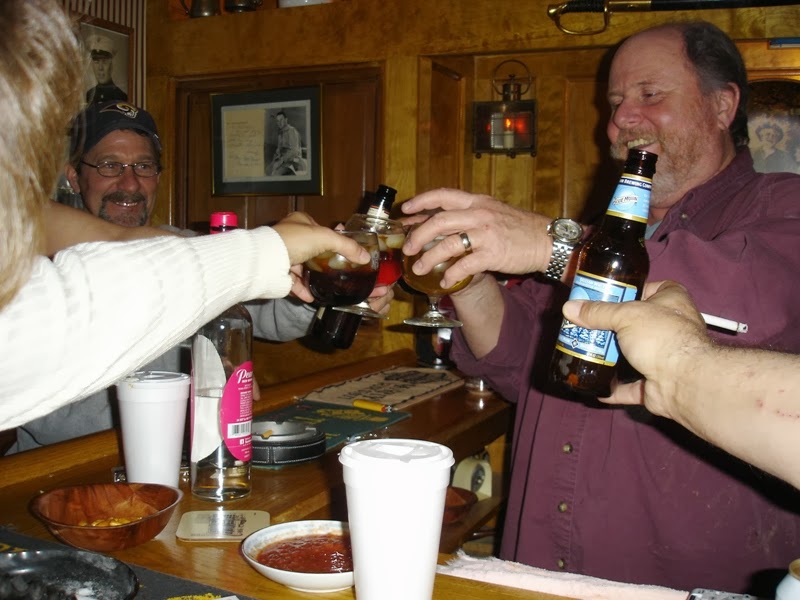 We sent him off in style.
A last toast to Dick Usher.

Jim Beam shed a tear
but the angels rejoiced. 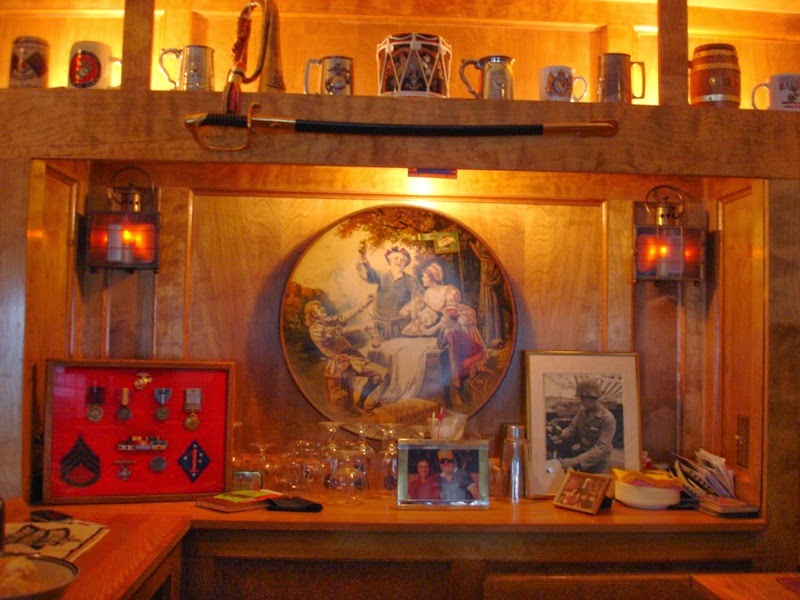 I'm so sorry....he seemed to be a great man. What a great post in his honor.

What a neat story, i can tell you guys are really going to miss him.

Thanks for sharing his story. My Dad was in the Bataan Death March and my brother in Vietnam. I so appreciate every soldiers service. I'm so sorry for your loss. I know you have sweet memories.

What a great tribute. May he rest in peace and be with God. He sounds like a great man.

Kathy-
Condolences to you and to your family- keep telling his stories, they will bring a fondness and deep love to the fore fronts of your minds and togetherness in your hearts!
Pat

I'm sure he would have appreciated your posting. For most men, their military service is a kind of life time highlight, and a focus for the rest of their lives. That was very nicely done.

Sorry to hear it.

Out of morbid curiosity, why did your daughter get the flag?

Yahoo- Tom's mother is in the nursing home with dementia so she couldn't be there. Becky has always been so close to Tom's parents- especially during that horrible teenage period, they were her go-to people when she didn't want to be near us. We live next door so that made it even easier. She would go to the Marine Corp League ceremonial dinners with him too. Everyone just naturally assumed it should be Becky to receive the flag.