After 37 Years I Finally Got to Wear It 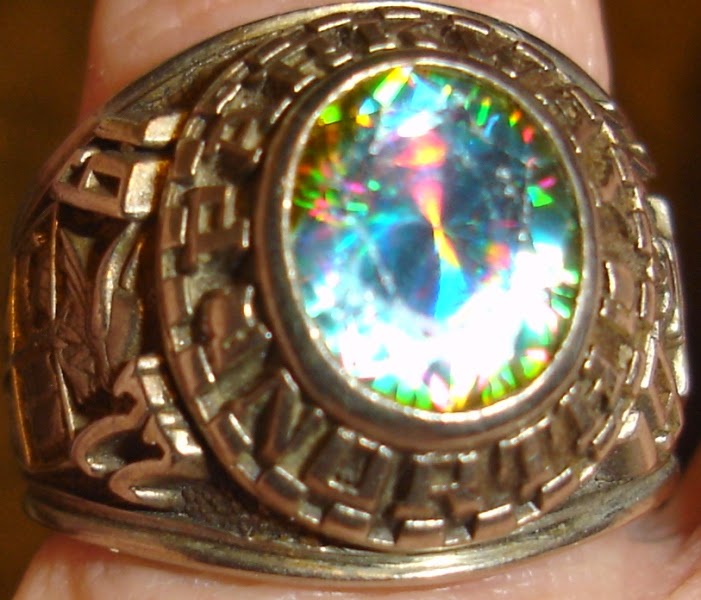 There it is- right on my finger,
just where it SHOULD have been 37 years ago.
It's his class ring
Parkway North Sr High School
St. Louis (Creve Coeur) MO
Class of 77

My husband and I have been together since I was 14
when he popped out from behind his locker between
classes and asked me to go steady.
This was back in 1974 when we were in Junior High.
I said yes.

We had lived in the same subdivision, just a few houses apart,
since 2nd grade.  Of course back then all boys had cooties
and the girls gave each other shots on a daily basis if we
even got near a boy!

One thing led to another and there we were,
still together during our senior year in high school
when everyone was getting their class rings.

Ahhh, so nice.
Some things are worth waiting 37 years for.

I'll have to clean up mine and store them away together. 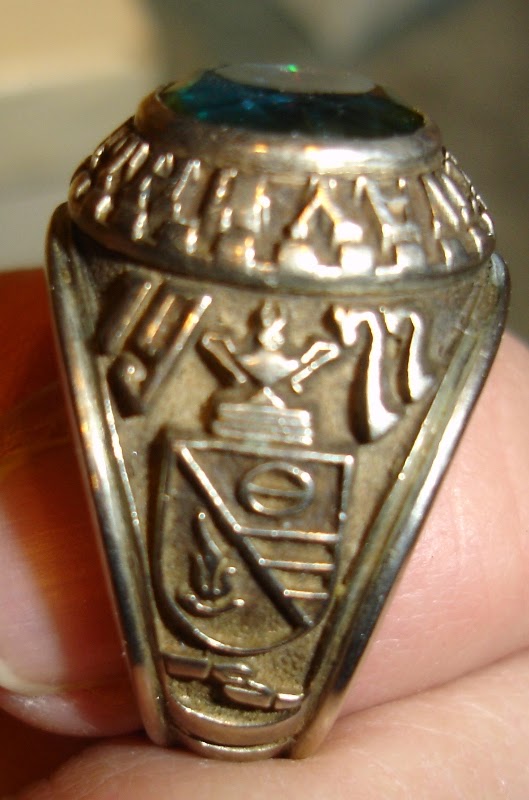 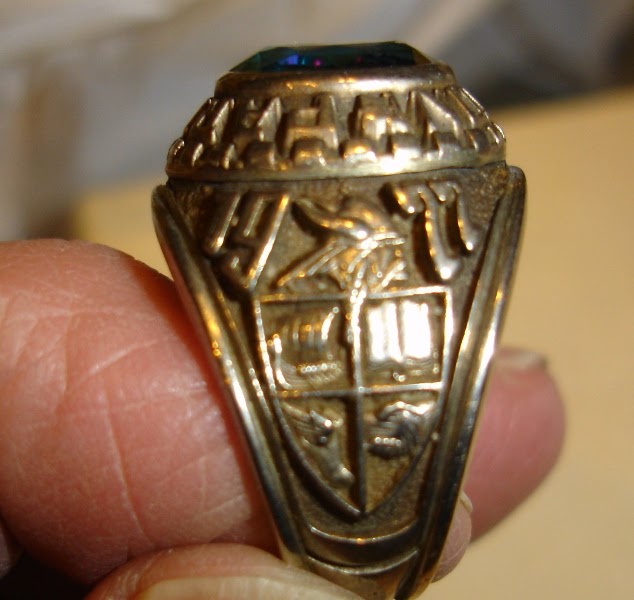 Mine is 75, not sure where it is, maybe at my mother's. It was such a big deal and I don't remember much about it now, didn't give it to a girl though! lol

How cool! I still have mine. Michael did not get one.

Mine has disappeared, too.

Wow. Lost for all these years in his Mom's drawer. I am so glad that your daughter found it.

I'm also class of 77. Well, technically 76 because I graduated a half year early and went to Guatemala to build a church. I never had a ring though.

That's pretty cool about building the church in Guatemala. What organization were you in?

It was called Frontline Ministries. I think they're still around. There was a really bad earthquake a year or two before we went down that wiped out a large segment of the population. The little town we went to had 2,000 people before the quake and 1,000 afterward. They also lost most of their homes and their church. Teams went down a year earlier and built shelters, then we went after them and built a new church out of old fashioned adobe brick. It was a neat experience for a 17 year old. There was a film crew there for a few days. I know the documentary they made was an PBS one night, but I never saw it. I heard I was in it a lot though. Wish I could find a copy. I don't even know what it was called.

That is an awesome story Kathy! Wear it proudly, some things are absoutely worth waiting for!

That will make a great family heirloom. My wife has my class ring in her jewel box. If she didn't, I am sure it would have been lost long ago.

This is the sweetest thing!!! You all graduated just a year after we did... I think we had to pawn our rings the 2nd year of marriage to pay for a transmission..LOL... ~Lea