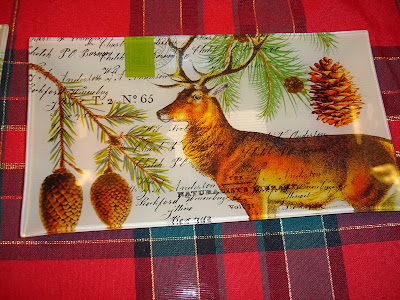 I love those after Christmas deals!
I stopped at a small, higher end home decor store this week where they
had a sale on all Christmas merchandise and couldn't believe
the bargain on these pretty glass plates.
I don't think these limit us to Christmas at all. 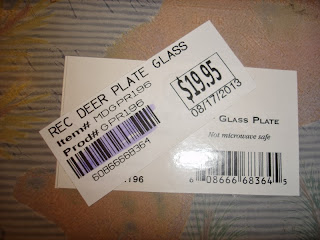 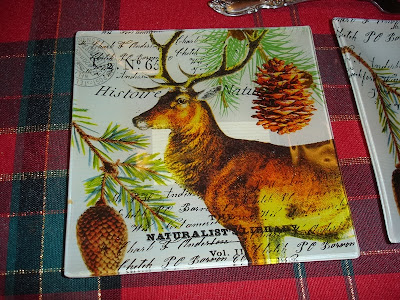 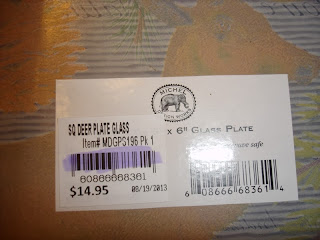 How could I pass this up? 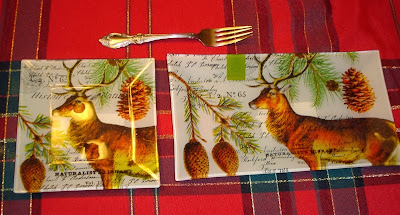 Around here I could use them during any season.
Their website has images of coordinating items
in addition to many other designs.

I also picked up a couple of ornaments for $0.50
some of which were up to $ 6-7 each originally.
I also purchased items for fifty cents each that
had been $17 and $18 each that I may use as gifts next year
for co-workers.  Down to Fifty Cents!

Posted by Kathy Felsted Usher at 5:19 AM

Hi Kathy, love the plates I think they will look good whatever time of the year it is. Love the true bargains after Christmas rather than sales which really aren't sales. Hope the weather is getting better where you are. Susie x

Kathy you did luck up! I like those very much. I saw the notice about ads at top of blog. I don't see any ads on the page. How could they be there anyway if you don't want any?

What neat plates, definitely not just limited to Christmas!! :)

After Christmas I always go to Walmart and buy their big holiday candles. This year I got a full case of them at $1.49 each. If you wait, you can get them as low as .38 cents each. But since our county had so many power outages this past year, people were buying them up and I didn't dare wait.

WOW Those were great deals. I love find Deals like that.

Dolly- Someone told me they saw ads once but I am thinking that the ads may have appeared on their own screen and were not related to my actual blog.

I'm thinking these smaller, independent stores don't have returns agreements with vendors so that's why I can sometimes find something super fantastic through them since they just need to clear out the inventory to make room for new items. What better way than to discount 80-90%!

It wasn't that many years ago that you used to be able to go to Best Buy and get incredible deals on stuff that was brought back after Christmas. Some other stores did that too. Open Item sales etc. No more though. At least not on big ticket items. I think they must send them back to the warehouse for repackaging now.

Yahoo, yes. Reverse logistics is pretty standard for most retail products after any markdown is funded by the vendor. Options of pristine product back to the warehouse with open shelf stock going to closeout sales, donation or destroy depending on how those subsequent sales would affect the rest of their market. Best deals would be where no returns exist.