Pork with Caramelized Onions and Jowels 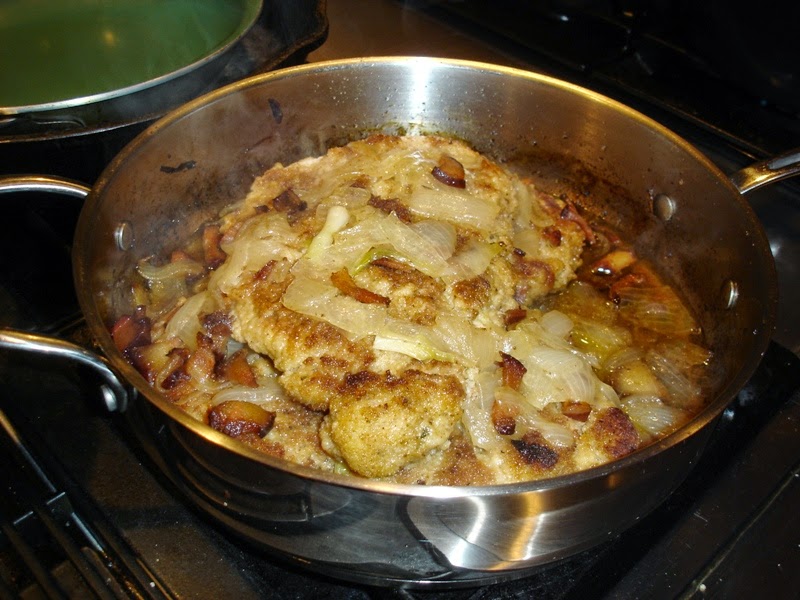 Pork with pork, does it get any better?
Bad weather was approaching so, knowing that everyone
would be rushing to the grocery for all the milk, bread and eggs
their carts would hold, I asked my husband to take a trip to
the store very early, while everyone was on the way to work.

He came back with a cut of meat we never had before,
a pork sirloin that had been run through a tenderizer machine,
sort of like a cube steak but pork.  He set the oven for 300 degrees F
and selected an oven proof skillet with a lid.

He cut up some onions and salted them until they felt grainy.
Set them aside for about 30 minutes and let the salt draw out the juices.
Then he cubed some jowl meat and fried it in a mixture of olive oil
and vegetable oil until it was slightly browned but not completely
crispy.  It will be combined with the meat for additional cooking.
Remove jowls and add in the onions, cooking until partially caramelized.
He removed these and set them aside. 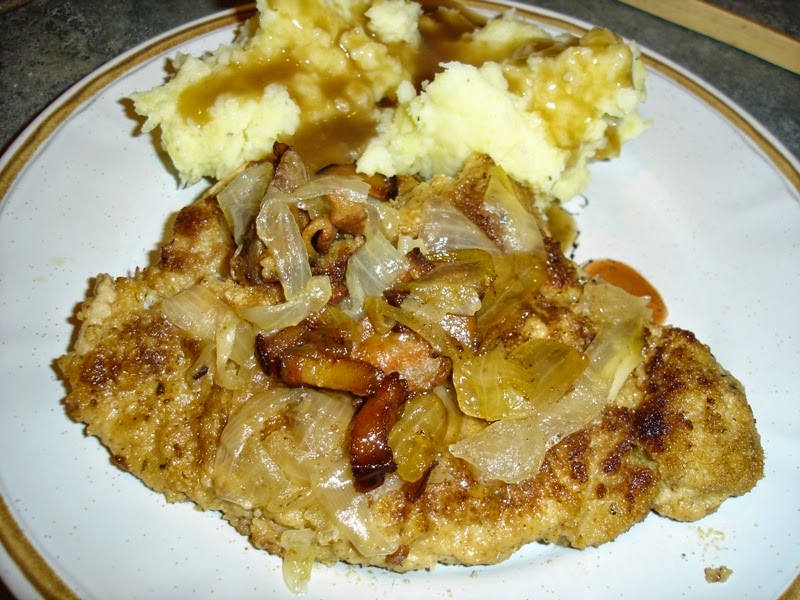 He took the tenderized pork and dipped it in
Italian bread crumbs, let it sit a bit,
dipped them in a mixture of egg/milk and back into more crumbs.
He fried them until they were browned and then added the
jowls and onions on top, covered with an oven proof lid
and baked them for 45 minutes.

You could hardly get them out of the skillet in once piece,
they were so tender that they fell apart upon touch. 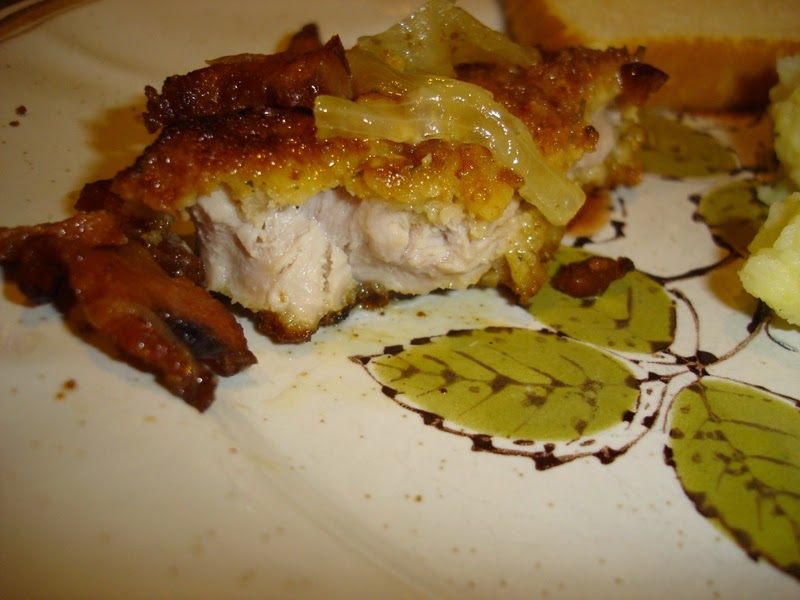 Posted by Kathy Felsted Usher at 9:17 AM

I buy hog jowls for my dogs. They very much need the fat content in this bitter winter. A package costs about three dollars. Mostly fat but that's the idea.

I never had any jowls myself but what you have cooked looks delicious.

I've never seen jowl meat in the store. May it is a local thing. - Margy

Missouri, especially rural Missouri, is a southern state. With a strong German heritage, especially around the St. Louis area. I suspect that we have things in our grocery stores that would turn even the strongest of northern stomachs! :)