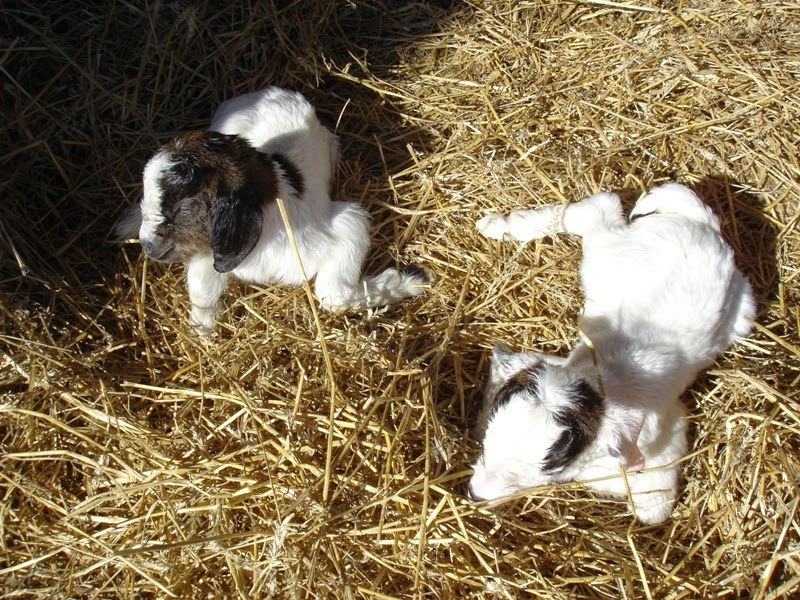 I am now an official goat mid-wife!
I had the most amazing experience with helping our friends
while their boer goat, Darlene, was getting ready to give birth
that resulted in two beautiful boys. 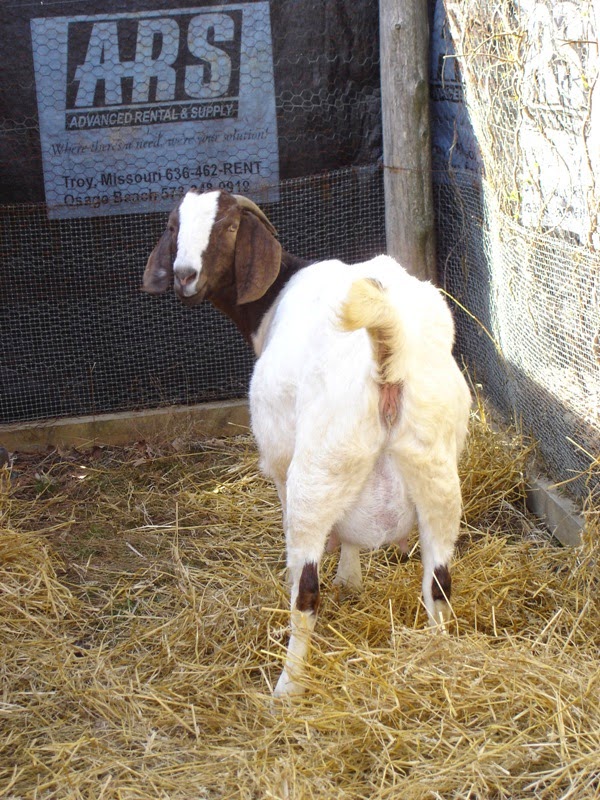 Darlene was segregated from the rest of the herd
and placed in the shelter next to the house.
We were ready with towels and medical supplies
and soon the process began.

Before long we could see a foot, then another foot
and the tip of a nose starting to emerge.  With a little
support so Darlene could push better, baby #1 was born. 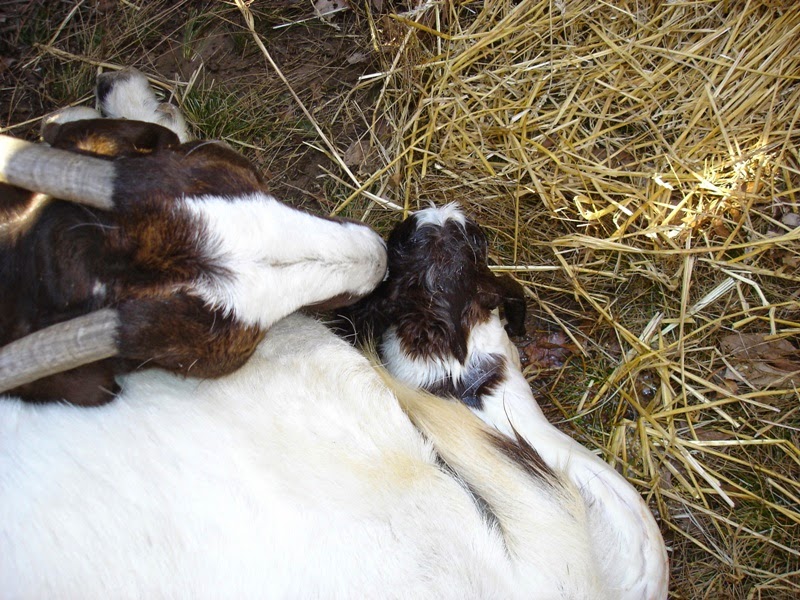 Darlene began to clean him until baby #2 quite quickly appeared. 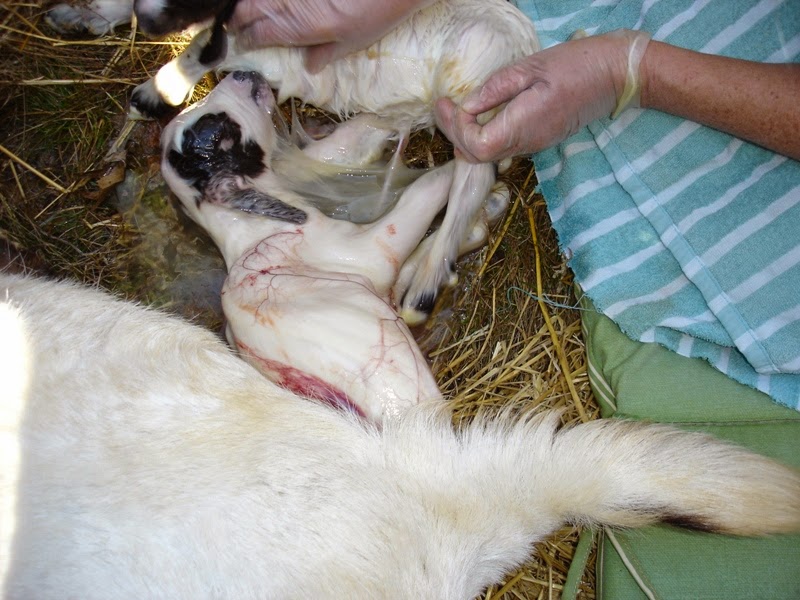 My friend held the babies while I tied off the cords
and after they were clean we applied iodine. 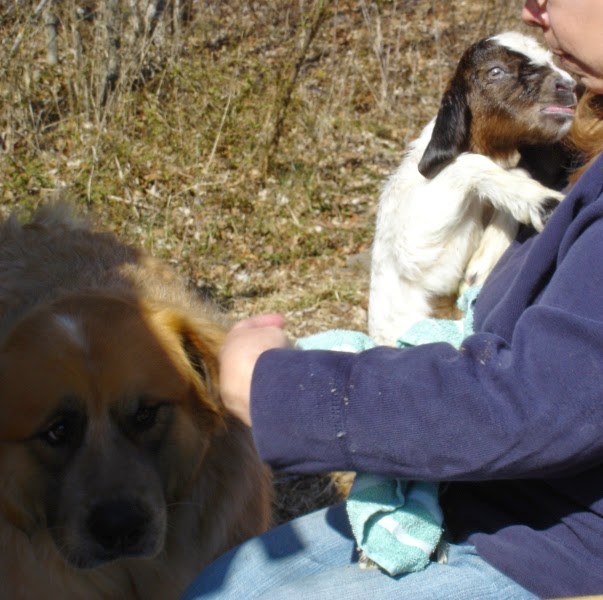 I continued to wipe down baby #1 as baby #2 was being
attended to. Beau, the half Great Pyrenees and Australian Shepherd
kept careful watch over the entire process.  He was helping
to clean and keep everyone safe.   He guards
the goats that need human interference while his sister,
Bella, guards the herd.  Both are not only guardians but
but also wonderful family dogs.  Beau
thinks he is a lap dog and that 40# head gets really, really
heavy when he wants you to cradle it in your arms.
I can't say I don't love it through! 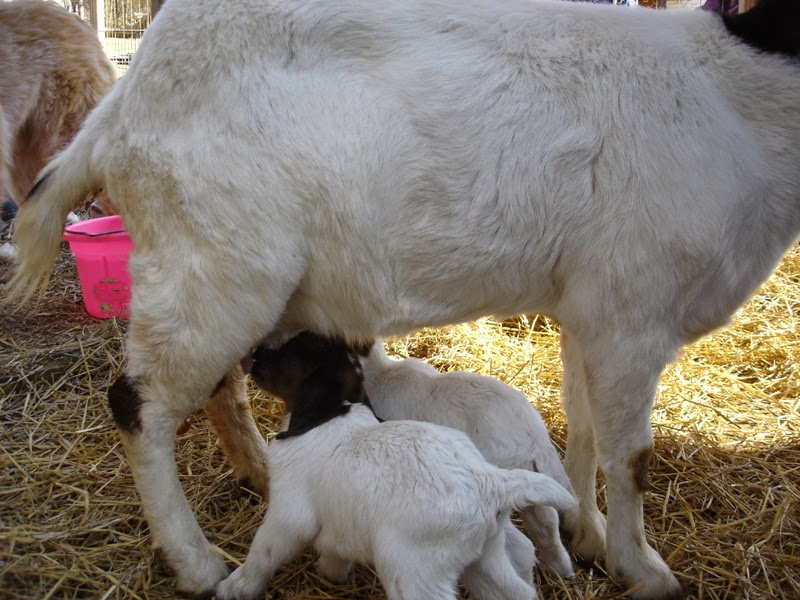 We were all thrilled when the babies finally figured out
how to eat and Darlene allowed them to nurse. 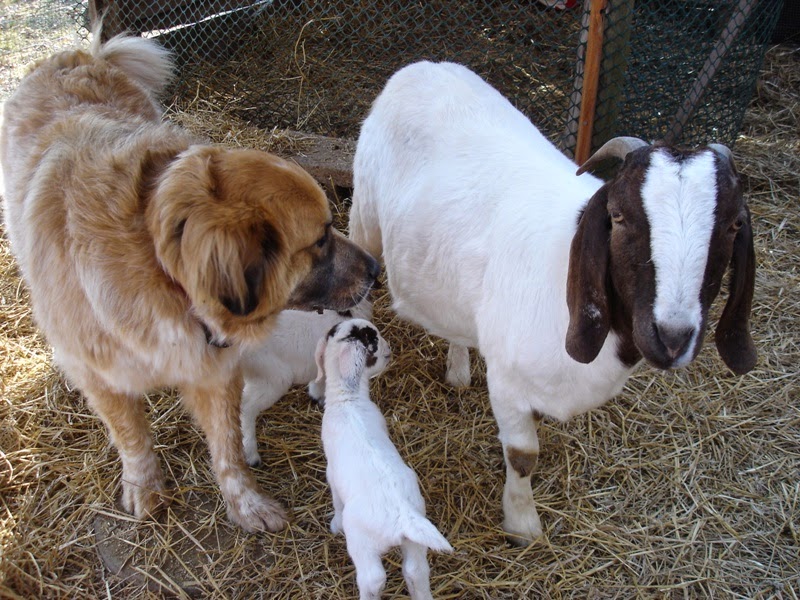 It amazes me that the babies were up and walking so quickly. 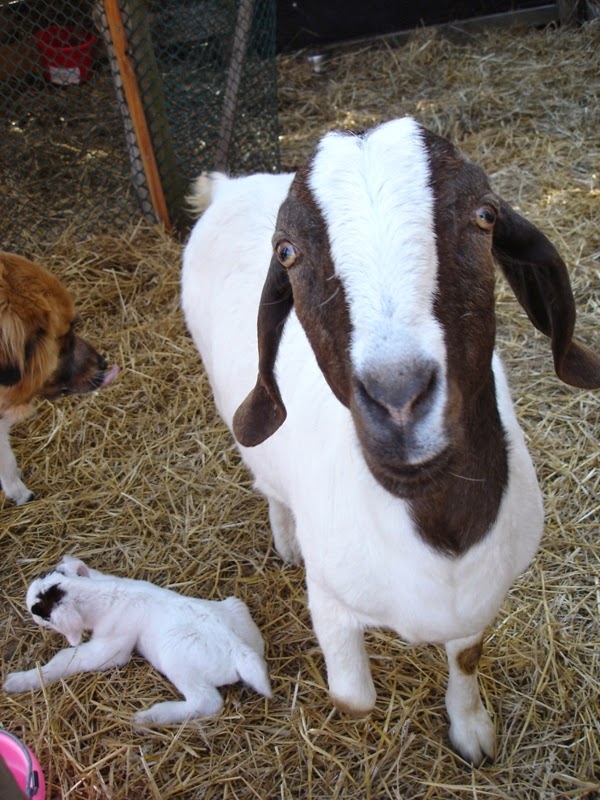 Darlene was pretty happy the whole thing was over.
Now I can't wait to go see them again!

Posted by Kathy Felsted Usher at 5:28 AM

That dog does not look happy at all. "Less food for me!"

They are adorable! Glad the birthing process went smooth! Congrats!

I'm glad you had the chance to help. We nearly always learn something from such experiences.

That must have been quite an experience. I know that people who have animals often get accustomed to such events but it always seems miraculous to me.

Congratulations! They are so cute!

What a wonderful experience. - Margy