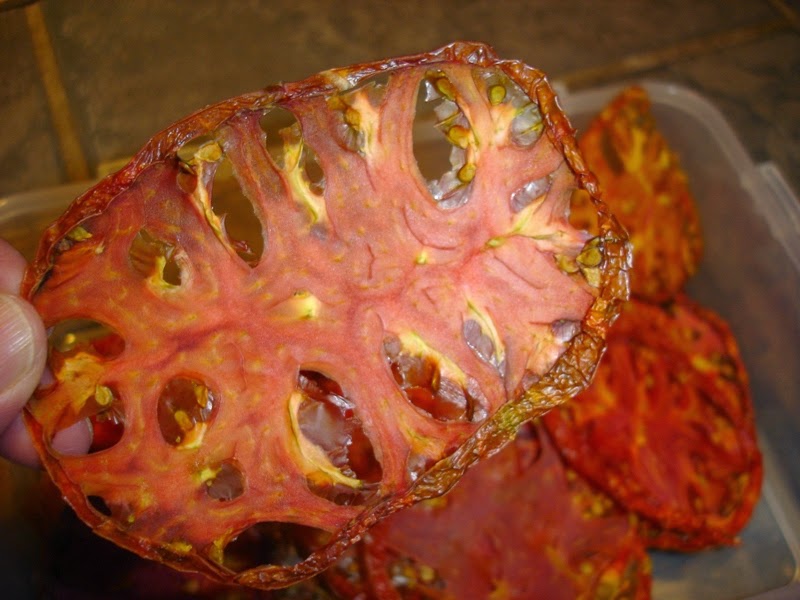 To preserve the harvest, especially as
the tomatoes are winding down and
we don't have enough to can at one time,
I slip them into the dehydrator as they ripen.

This is a Cherokee Purple with deep red
flesh and a reddish-purplish cast to the skin. 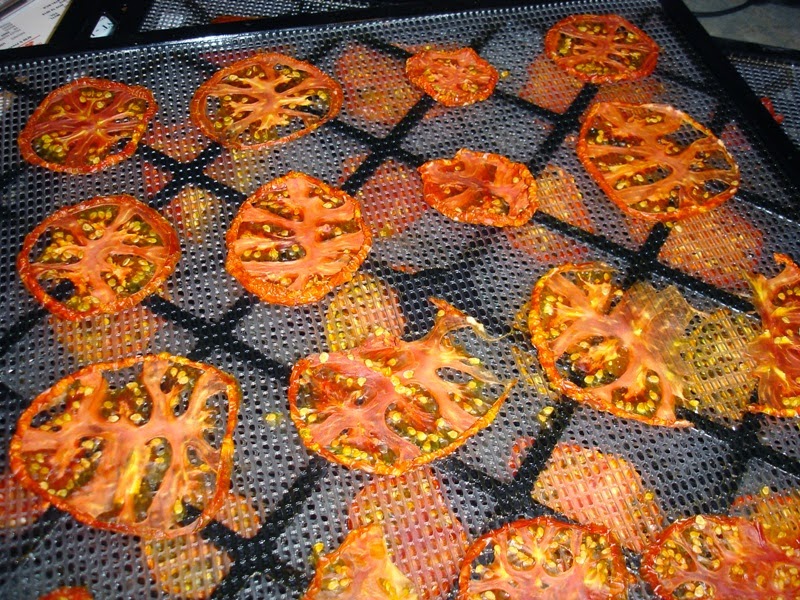 I have several other non-paste varieties which
I have sliced about 1/4 inch thick and lined on
the dehydrator sheets so they are not touching. 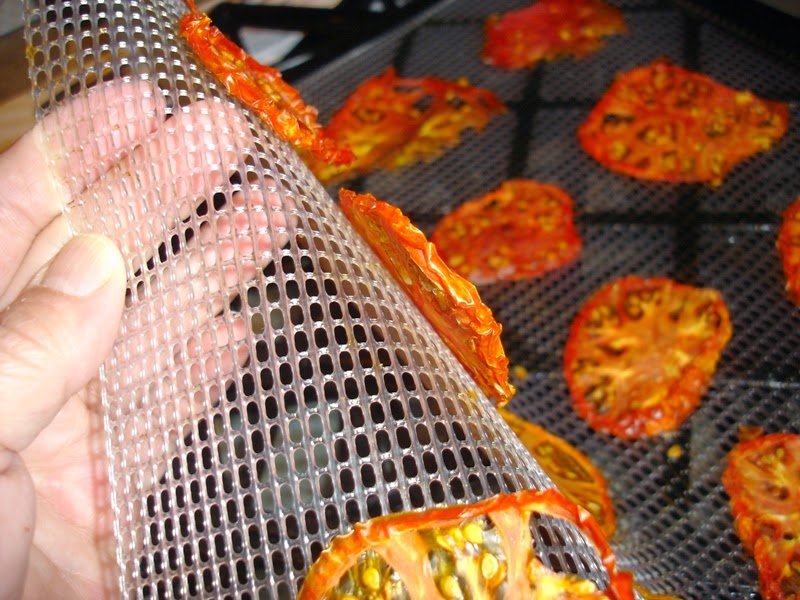 They will greatly reduce in thickness and look difficult to remove.
To do so, I fold the sheet up just a little
so the sides begin to peel off the sheet
and then pluck them up as they begin to break loose. 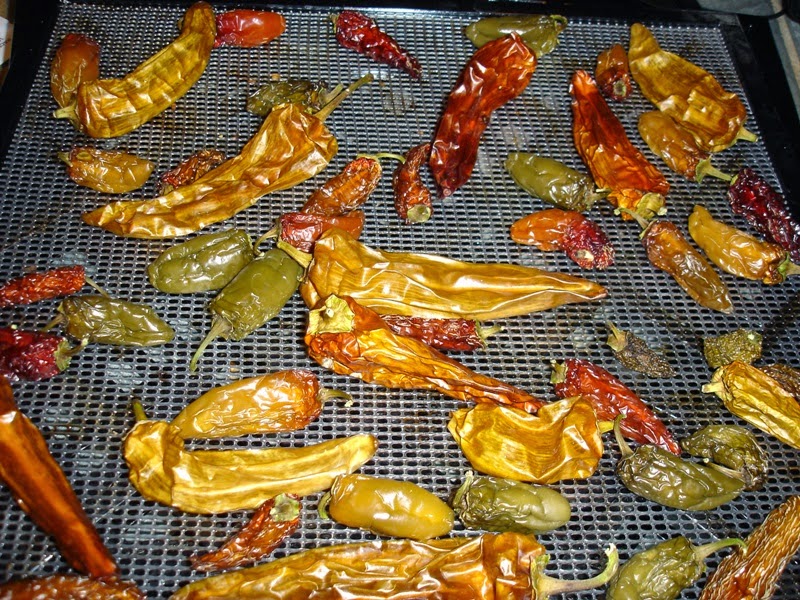 Although I still had a single sheet of peppers dehydrating,
I just added the rest of the trays with tomatoes and
kicked up the temperature a slight notch. 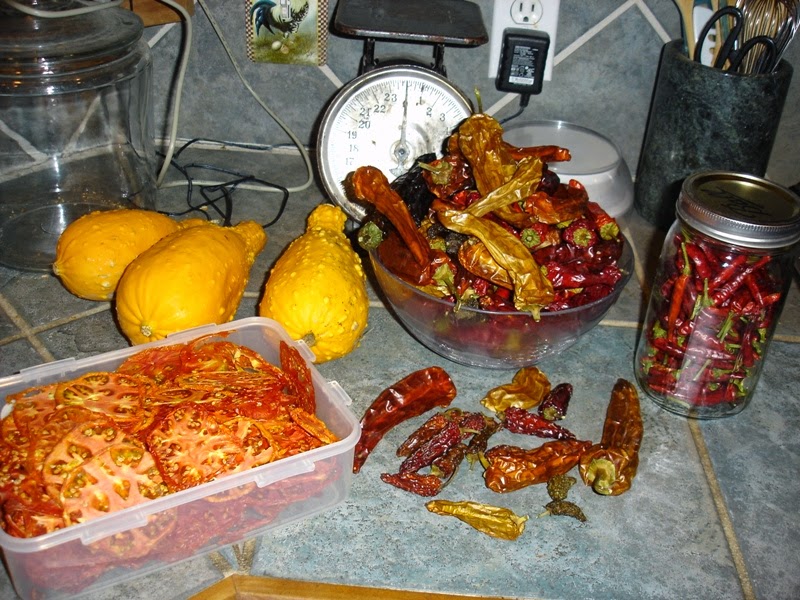 I store the tomatoes in either sealed tubs
that have a gasket lined lid or in large screw top
tubs, the same as I do with dried potatoes.

The flavor is very intense.  These are plain but
you could add spices or herbs to flavor them and then
grab a couple to put into soups, munch by themselves
or add to pastas, salads, pizza or for bruchetta.

The next batch of tomatoes is in the dehydrator and
we still have more peppers to pick so the season is far from done.
I'll have my sage and rosemary to add to the mix before frost comes as well.


Posted by Kathy Felsted Usher at 9:26 AM

Just switched from tomatoes to apples:) I love your drying racks. What kind/brand is that? I just have a little old fashioned one temp. dehydrator - not complaining, but yours appears to hold a lot.

This is an excalibur but we also have a Nesco.

This is the dehydrator we have:

I want a dehydrator next. Your tomatoes and peppers look wonderful!
Do you use both of your dehydrators, or the excalibur mostly?
I have heard they are top of the line for dehydrators.

We had the Nesco first and liked it very much; however, we needed to have multiple dehydrators going at times and got the Excalibur which is the BEST! It's bigger, easier to clean and seems to fit nicely being square (in my opinion). I really like it better.

Looks superb ! You have inspired me.

I may try drying some of my tomatoes at the end. I've never done it before and don't have a dehydrator. Maybe Google can help me with an oven alternative. - Margy

Yes, you can dry them in the oven! Good luck, Margy.