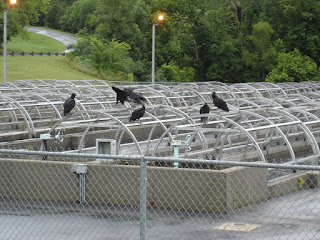 Gosh, I sure hope this doesn't set the tone for the post!
No, no worries, it's all OK.

While I have had my issues we were able to take off
a day (that was not in a hospital) and drive down to
Branson, taking my granddaughter to Silver Dollar City.
She's 12 and good company on roller coasters.
Not that I ride them but my husband does so they took the
death defying rides together while I roamed around the shops.

This is at the fish hatchery at Table Rock lake.  I got a kick
out of the buzzards that perched above the tanks hoping to grab a bite or two.

We had a day at Silver Dollar City, played mini-golf, stopped at
Bass Pro in Springfield on the way home and made
another stop at an outlet place on our way back home. 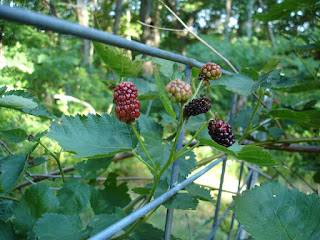 Since my last post I thought I was out of the woods but ended up with another
bout of C-Diff that was diagnosed after two ER visits missed it.
I was down to 109 lbs and the doctor had to scope me to figure
it out.  It seems that you don't normally get it in your small
intestine so it was missed. In a couple weeks I was feeling
much better after the antibiotics took care of it.

I was ordered to gain weight or I wasn't getting my final operation.
Since I have met all my out of pocket expenses I'm not going to miss
that one.  I wish I would have had the order in writing because I would
have framed it!  It was the first time a doctor ever told me to GAIN weight!

So, next operation is on the house in addition to all prescriptions!
I received a text from CVS pharmacy asking me if I wanted to refill
my prescription that started with (they give the first 3 letters).
I wasn't sure what it was but had a good guess.
"Why yes!  I do indeed want you to fill any and all prescriptions!"
Remember- it's all at no out of pocket expense now.
I'll take anything they want to give me!
Turns out it was my EpiPen that I keep just in case due to the bees. 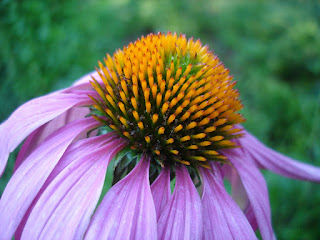 It's another year with a crappy garden since I have been so sick;
however, I'm posting some photos of some of my gardens.
Blackberries, cone flowers and elderberry flowers.
I have cantaloupe, watermelon, tomatillos,
zucchini, tomato, peppers and herbs planted. 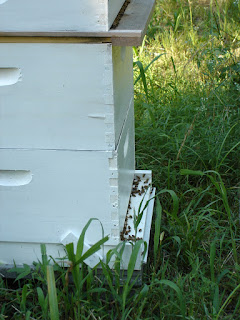 The bees are still alive but I don't know what the honey yield will be.
It would nice to get some this year.  Last year we had to leave it all
for them to eat over the winter. 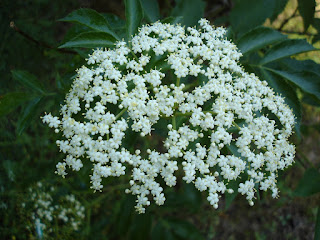 I had my 58th birthday on June 19th, another reason
we spent the weekend in Branson.  The 19th was Monday
so I took off work and did some shopping plus
my annual breakfast at Denny's.  This year I had to drive into
town because the Denny's in the closest town, Eureka, burned
and it's not rebuilt yet.  I really like their breakfast!

I'm still limited in my diet but adding new things all the time,
hoping I don't run into a blockage- my biggest fear with this
ostomy.  That and any leaks that could happen, based on
what my Facebook group tells me can and eventually will happen. 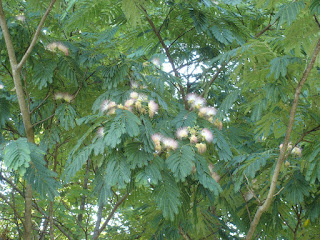 I love a nice mimosa!

So, I have another operation in August/Sept and that should be it!!
I have been terrible at the internet too.  I seem to get a couple of
comments posted on FB but that's about it.  I'm hoping to start
getting some vegetables and canning/dehydrating or freezing them.
I need to get back to those bucket list activities that I had planned
and learn some new skills but it might have to wait since the next
recovery period will be 3-8 weeks depending on how extensive the
surgery needs to be.  I sure have missed a lot of work but they
have been very supportive!  I'm pretty lucky.

I hope you all are doing well and will try to catch up on things.

God bless, Kathy. Been praying for you, so it is good you feel up to a post.

We let the garden go fallow this year. Not sure about next.
We had nice blackberries, we have elderberry everywhere, and there are mimosas all over Louisiana, too. They are pretty, but all we have here are oak, pecan and magnolia. Our pear tree had one pear that has either been eaten or blown down.
We do have some apples, but with all the rain and the warm winter, I expect none will reach maturity.

Oh, we have had figs! If it doesn't rain tomorrow I need to pick some.

I am glad to hear you are doing well. God bless.

Happy Birthday Kathy~ Glad to hear you're on the downhill side of all the medical procedures. Thoughts and prayers as you near the next one.
Have a beautiful day.

Those buzzards must think that they are fish eagles, ha ha but they are just buzzards.
The mimosas are blooming here. They seem to not live to be large trees here though I have see some that were huge. I think some blight affects them. The butterflies really like them and I have see humming birds around them. I am really behind this year with out any excuse other than being old and worn out from work. We just got the tomatoes set out last Saturday so most of our garden will be a late summer early fall event.
Glad you posted.

Hi Kathy, sorry to hear you are still having some issues and do hope that the next surgery goes well and you will then be on the road to normal. Life here is as hectic as ever and trying to fit too many things into each day but we all do that! The weather has been extemely hot and so a few sleepless nights but it is getting back to our normal summer temperatures with the odd rain shower thrown in!

Hope you feel well enough for you to get some nice things done and not just jobs. Have a lovely weekend. Hugs, Susie x

I've been wondering about you, Kathy, but was almost afraid to ask. It's sad all the money you've had to fork out, but at least you're set for the REST of the year. I said a prayer for you.

Thanks everyone. If you ever want to contact me I am on Facebook and I will see comments from the blog. I am feeling better! It's wonderful!

I knew you were having a really bad time of it, and I was worried when you disappeared off the air. It's good to have you back.

So nice to hear from you Kathy and so glad to hear you are better. You are still on my prayer list, God be with you. Hopefully you'll post more frequently now. Your garden still looks way better than my crappy backyard. ;)