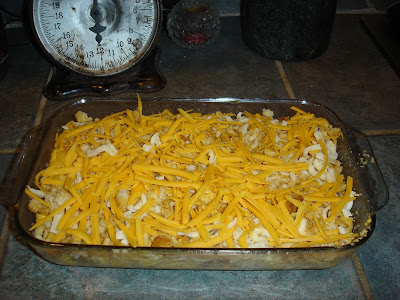 Recipe
We had Velveeta Shells and Cheese
leftover from Taylor's visit, enough that
we could have it another night; however, shells and cheese
just isn't as good warmed over so I decided to fix it up. 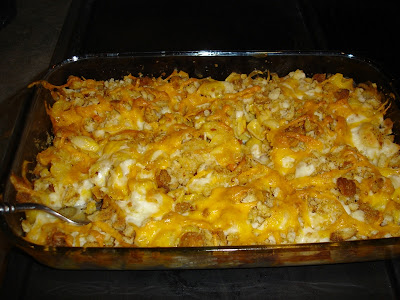 I spread the shells across a Pyrex baking dish,
added some milk and butter for moisture,
crumbled bacon bits, mozzarella cheese,
crushed seasoned croutons and topped it all
with a little shredded cheddar cheese .
I baked it at 350 degrees until warm and
the cheese was melted. 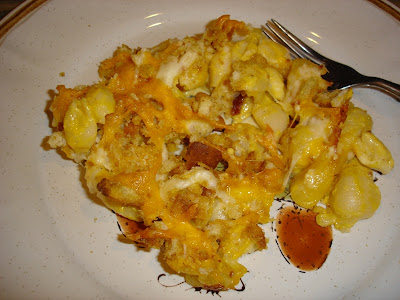 Not too bad!  The seasoned croutons really added a nice
touch but I wish I would have had cream or something
to give it a little more moisture but it was a spur
of the moment creation so whatever we had would do.
I'll bet it would be good with some sausage or pepperoni
mixed in too.

I've been down with another bout of diverticulitis,
eating only soft foods for the last week.
Today was my day to eat some solids!!!!
I won't push it but I've been dreaming
about a nice, big salad!

Uh, a salad would probably be pushing it for sure!
Your leftover creation looks yummy! I like taking leftovers and reinventing them too. :)

Great way to use up leftovers. I am trying to do the same thing. I am getting tired out throwing out food because it just sets in the frig.