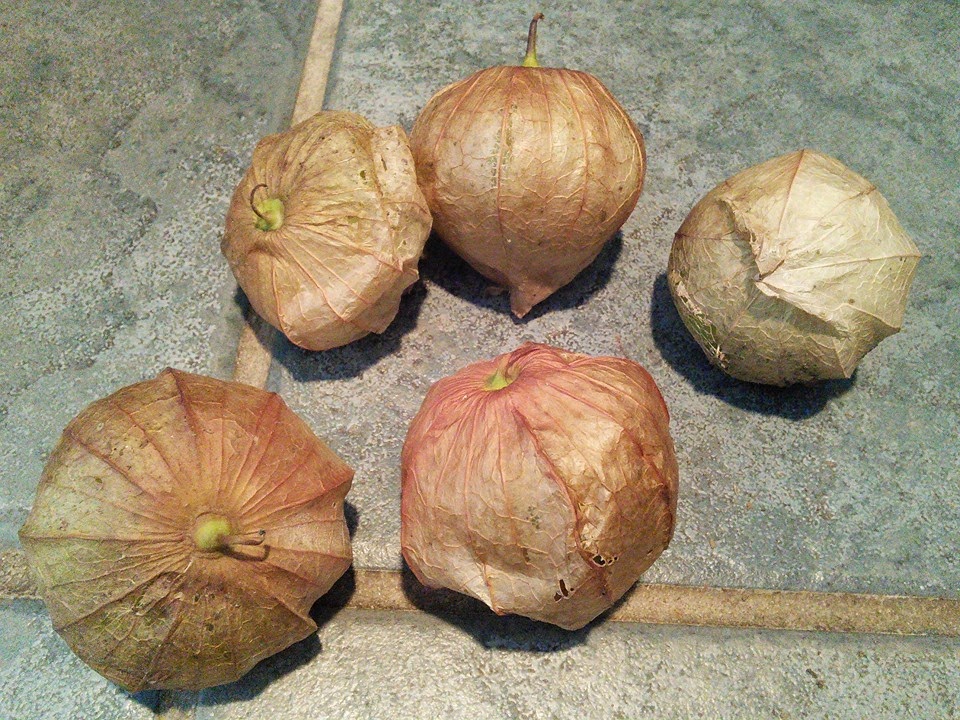 My husband, Tom, was busy making salsa verde
now that our tomatillos are ripe and falling off the vine. 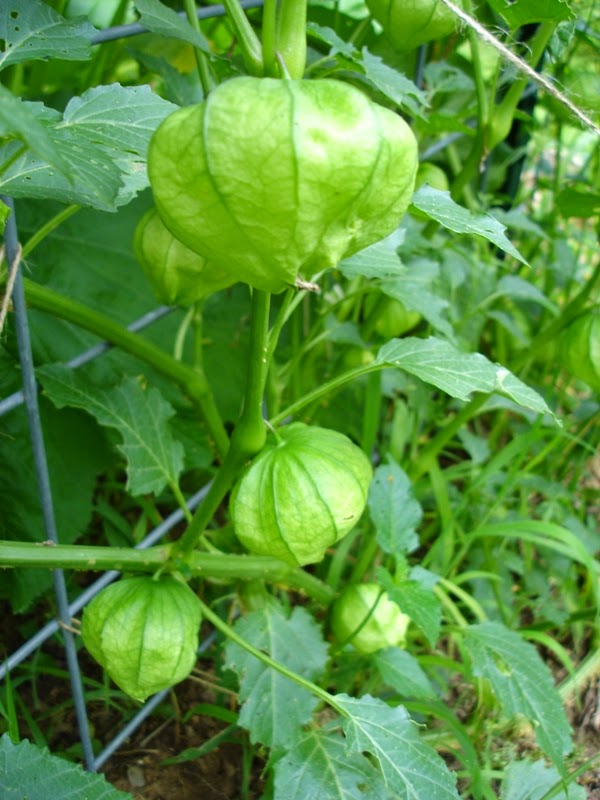 For those of you that are unfamiliar with tomatillos
they grow on vines, similar to a tomato, but in pretty little husks
that look like hanging lanterns.  We grow them vertically
on cattle panels, tying them up with twine because they get
really tall (long?).  Once the paper husks begin to turn brown,
they release from the vine and are ready to process.
They are the light green pieces you typically find in red salsa
but can be made into a green salsa too. 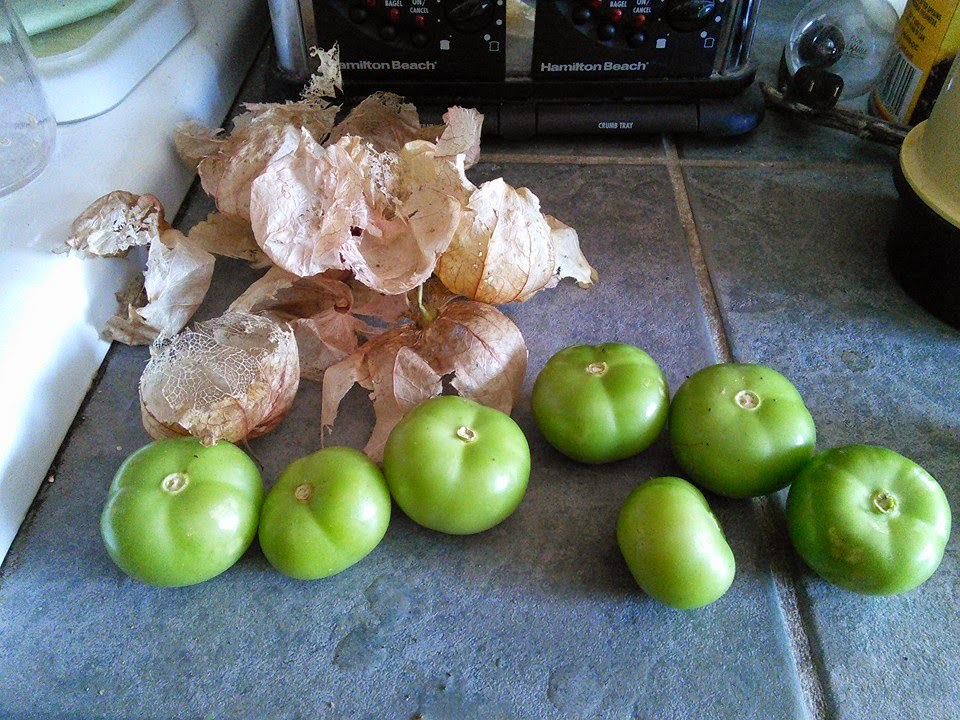 The fruits are sticky to the touch when you remove the husks.
They have a slight citrus taste when eaten fresh,
but it's not like eating an orange or lemon, it's mild but
I would not eat them by themselves. 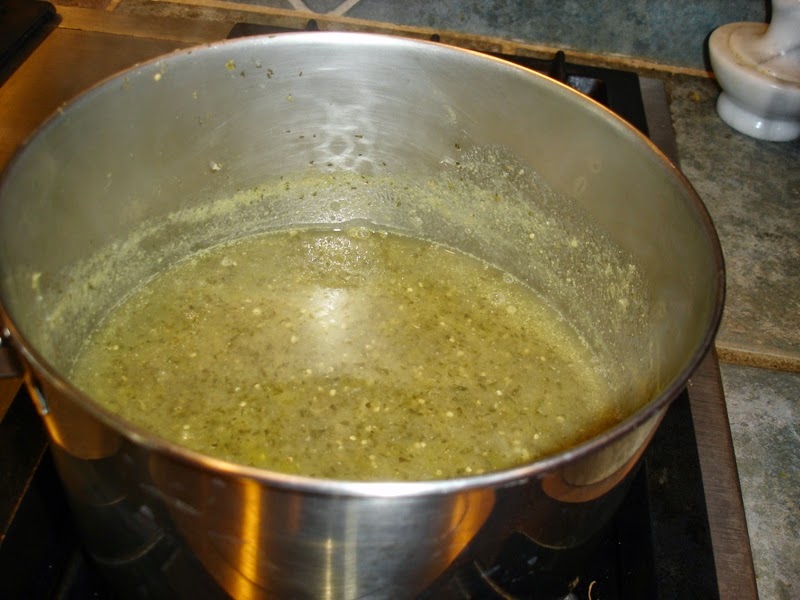 There are several recipes on line, pick one that sounds good. 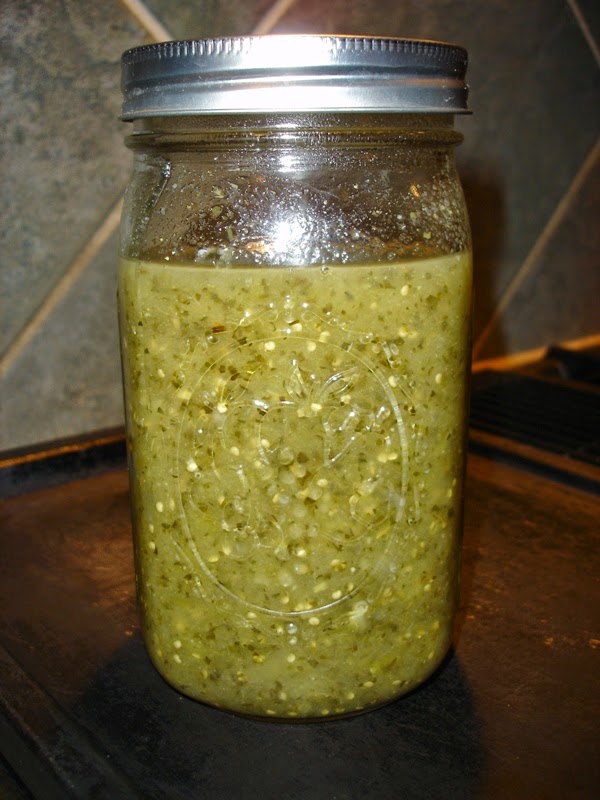 We have more on the way.
There is a basket full in the fridge and more on the vine.
This was made for immediate eating so not canned. 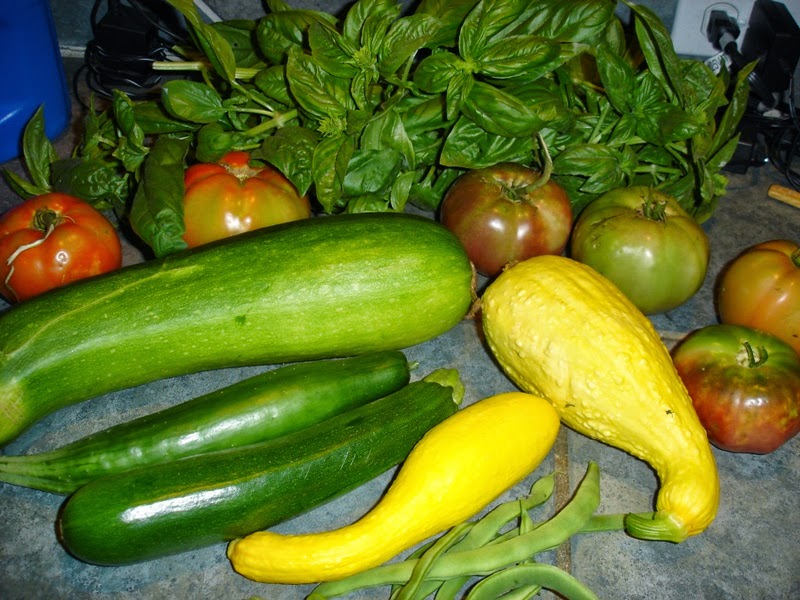 The garden is coming through for us this year
but there are still so many green tomatoes.
I hope they ripen up pretty soon so we can get to work. 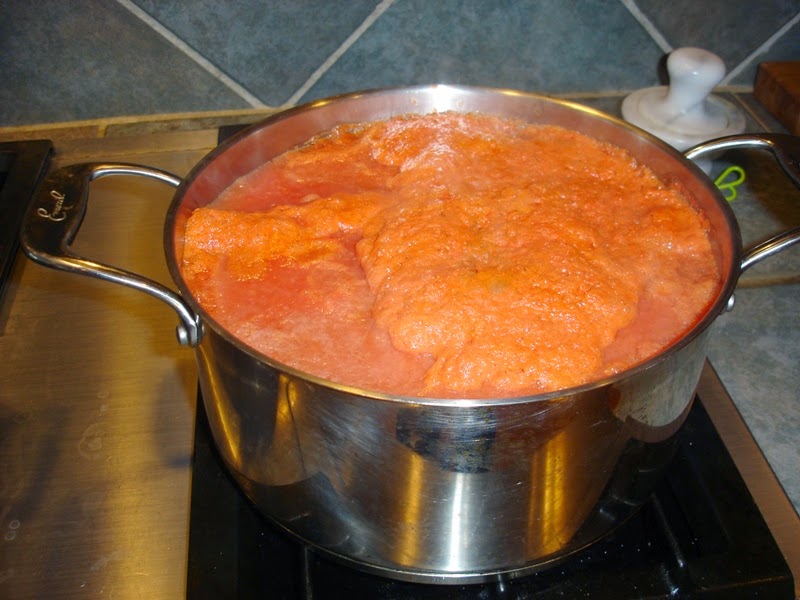 Rather than taking an entire day to can everything,
we can here and there, small amounts that don't heat up
the kitchen too badly.  Here is some red sauce. 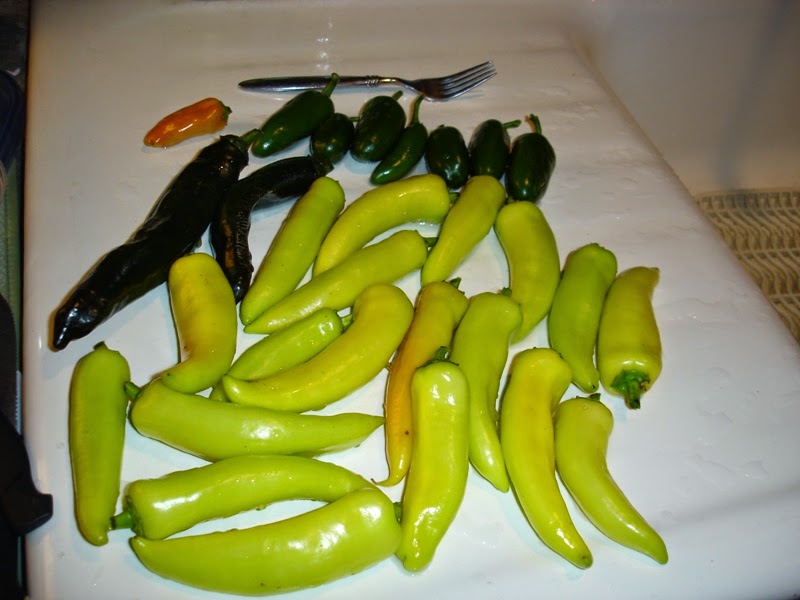 And pickled peppers from my husband's square foot garden. 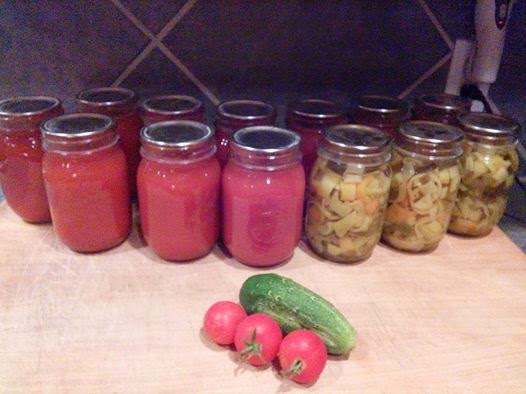 Some of the hot peppers cross pollinated with bell peppers
so now he has bell peppers with a zing!  That's a good thing in his book.
I still have zucchini on the way and the new crop of radishes is starting to come up.

That pretty much leaves the pumpkins
and whatever the "other" squash is that's growing
among the cucumbers and beans.  Right now it's green
but it won't take long before we figure it out.
In the meantime we'll have fun guessing.

I am genuinely enthralled by your cooking and gardening skills. Your husband eats like a King thanks to you.

Actually my husband is the great cook, I always thought he would have been a chef, one that doesn't use recipes. He can think about what he wants it to taste like and then pick the right ingredients, I need a recipe and then measure twice before adding! I do well gardening.

I saw something similar to this in my garden...and I planted no such thing! Maybe a volunteer?
Who knows...I get my seeds out of the packet and just toss them in the dirt. I've left it for now. I'll see what comes of it and let you know.
Pat

I love salsa verde but my tomatillos didn't do very good this year.
Looks like you are having a very good garden year. I have butternut squash coming out of my ears. :0)
I am going to try freezing my jalapeno peppers.